SDCC 2016: This Fall, Things Are Looking Super On the CW! 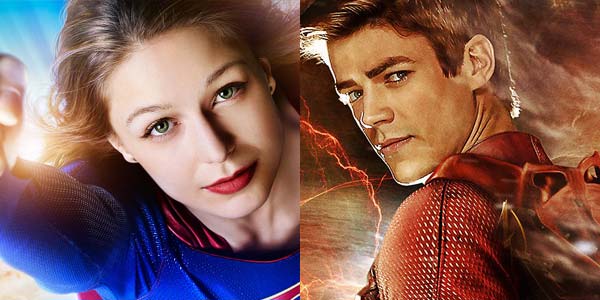 The Flash, Arrow, and the Legends of Tomorrow are returning to the CW this fall, along with newcomer Supergirl!

Barry Allen is back for season three of the CW’s hit series, The Flash; but all is not the same.  After going back in time and saving his mother from the wrath of the Reverse Flash, Barry’s whole world suddenly changes, as he gains the life he’s always wanted; but he might have lost more of the life he had than he was ready to give up.  The season will premiere with the episode “Flashpoint” (named for and loosely based on the 2011 DC Comics miniseries.) All series regulars will return as alternate timeline versions of their respective characters, along with a few newcomers including Tom Felton (The Harry Potter series, and Rise of the Planet of the Apes) as a CSI rival to Barry.  “Flashpoint” is set to air on Tuesday, October 4th, at 8PM (7 PM central.)

Season four ended with the defeat of Damien Darhk and the organization known as H.I.V.E. and Oliver being sworn in to the office of mayor.  It also ended with a bit of a rift in the team as Oliver and Felicity still couldn’t reconcile their differences, and after Alex’ death, Thea decided that she didn’t want to have anything to do with the vigilante life.  Season 5’s premiere, “Legacy” sees Oliver taking on three vigilante proteges; Rick Gonzalez as Jack Wheeler (DC Comic’s Wild Dog,) Madison Mclaughlin as Evelyn Sharp (DC Comics’ Artemis,) and Echo Kellum as Curtis Holt (DC Comics’ Mr. Terrific.) Season four failed to live up to Arrow fans’ expectations, but with some new blood and a mysterious new villain, season five looks like it could drag the series back in to the spotlight.  “Legacy” airs Wednesday, October 5th at 8PM (7 PM central.)

DC’s Legends of Tomorrow has ended up being a breakout hit for the CW, and with a finale that teased some old school DC comic character reveals, season two is being highly anticipated as the Arrowverse steps closer to the comic book mythos.  The majority of the Legends’ cast will be returning for season two, with Patrick Adams as Rex Tyler (DC Comics’ Hourman) returning to kickstart the season premiere, “Out of Time.” While the timeline remains in jeopardy after the destruction of the Time Masters, Rip Hunter has tasked the team with defending it against any time criminals, but that might be easier said than done as the Legends find themselves in danger from some unknown threat.  Variety reports that Arrow’s John Barrowman as Malcolm Merlyn (DC Comic’s Merlyn) and The Flash’s Matt Letscher as Eobard Thawne aka the Reverse Flash (DC Comics’ Reverse Flash) will be joining Neal McDonough’s Damien Darhk and Wentworth Miller’s Captain Cold to round out The Legion of Doom; a name that even non-fans will most likely be familiar with.  “Out of Time” airs Thursday, October 13th at 8 PM (7 PM central.)

Finally, there’s the new kid on CW’s superheroic block as Supergirl makes her debut on the CW.  The series will be joining the Arrowverse in some way that hasn’t exactly been made clear yet considering how far removed the series is from the other three, thanks to Barry’s appearance in the series earlier this year.  If you’re like me, and haven’t been following the series though, CW’s got you covered with back to back episodes airing starting on Monday, August 8th, up to the premiere October 10th at 8 PM (7 PM central.)

As fall gets closer, despite my mixed reactions to the majority (and basically the entirety, in Arrow’s case) of the most recent seasons of CW’s series, I can’t help but look forward to all the new ideas, stories, and characters that are being played around with for the coming episodes.  Even though metahumans have been prevalent in the Arrowverse since Arrow’s second season, there still hasn’t been an group of them organized under an official banner.  The JSA (Justice Society of America) is the first mention of something this official, and with other JSA members (DC Comics’ Obsidian, Stargirl, Dr. Mid-nite) being announced, it’s easy to let the imagination fill in the different possibilities.  Flashpoint is an interesting starting point for Flash’s senior year, but as a fan of the miniseries, I can’t help but feel like the scale of the thing might be diminished by the significantly smaller character list of the Flash series.  Arrow introducing new blood might be just what the series needs to get back to where it once stood.

CW’s hype machine is working just fine, and this fall fans will get the opportunity to see a refreshed lineup of all of their favorite shows in CW’s new superhero themed four day block.  Stay tuned to Kastor’s Korner for more information coming out of SDCC 2016.

Which show are you most excited about? Leave a comment, and let us know.