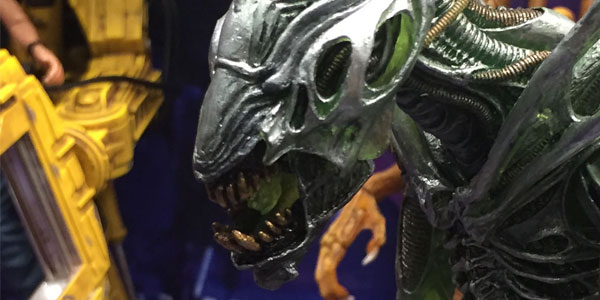 NECA revealed their inaugural wave of Kenner-inspired Aliens action figures at Comic-Con, and they were incredible.  This sub-set within the Aliens collection will feature figures inspired by the Kenner toy designs of the early 1990s, which took the core conceit of Alien3— that the Xenomorph would take on biological traits of its host body– and ran with it.  It’s not unlike what we’ve seen in NECA’s Predator line, which has released a few waves of figures inspired by the 90s Kenner designs… except, in terms of the Aliens, we’re seeing less parts reuse and more unique tooling.

The first wave of Kenner Aliens– the tenth in NECA’s overall Aliens collection– will include the Gorilla Alien, the Mantis Alien, and the Queen Facehugger.  While the new sculpting on all three figures leaves them divergent from their Kenner counterparts to some degree, the overall concept of each remains thoroughly intact.

I love the design elements NECA has included on these figures, whether they’re emulating the vintage toys– like the translucent green plastic on the Mantis– or adding an entirely new aspect to the previous release– like the clear dome that covers the simian skull of the Gorilla Alien.

Here’s more details on the first wave of Kenner Aliens, directly from NECA:

To celebrate the 10th series in our bestselling Aliens line, we’re dedicating the full series to the classic Kenner Expanded Universe Aliens of the early 1990s!

Series 10 includes the powerful Gorilla Alien, the Queen Facehugger, and Mantis Alien, which is cast in translucent green just like the original. Taking inspiration from those designs, our team has transformed these Kenner classics into modern versions with all of today’s detail and articulation.

Each comes with a reprint of the classic Dark Horse mini-comic that was included with the originals! These highly detailed figures stand over 9? tall and are fully poseable. The special blister card packaging is an homage to the classic card art as well, featuring custom illustrations and a color palette that ties back to the toy shelves of the early ’90s. 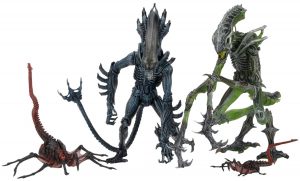 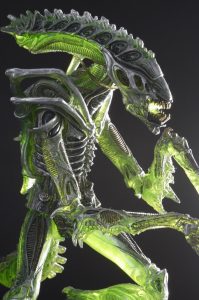 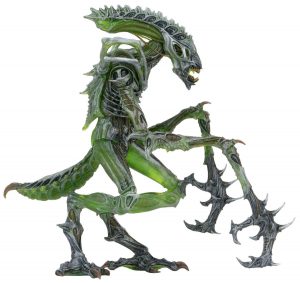 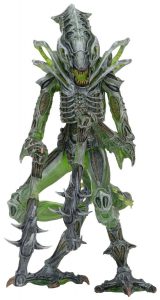 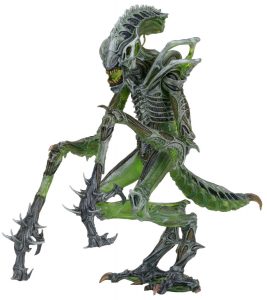 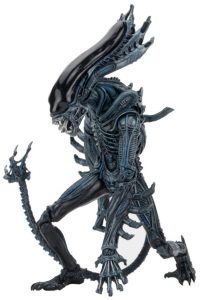 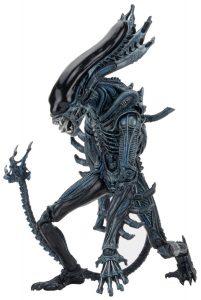 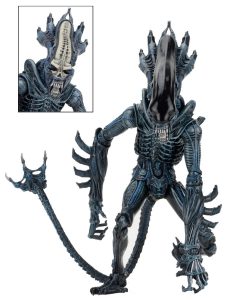 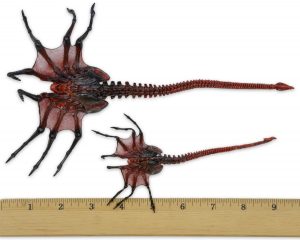 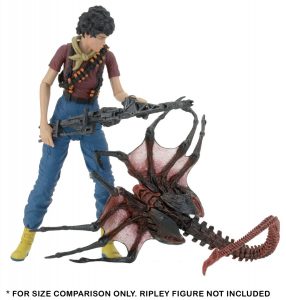 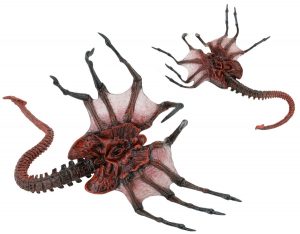 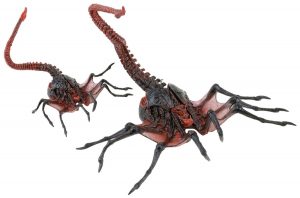 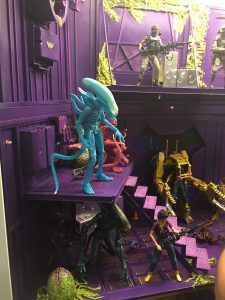 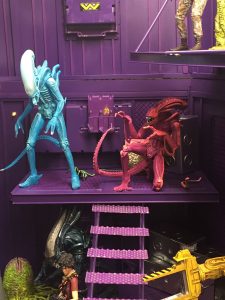 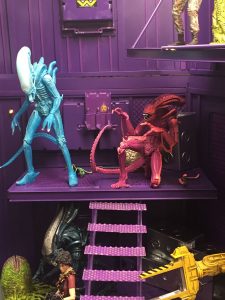 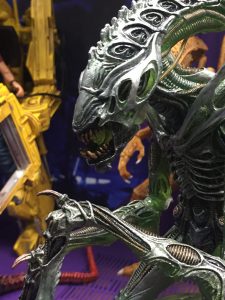 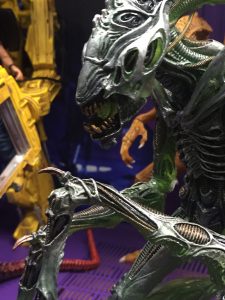 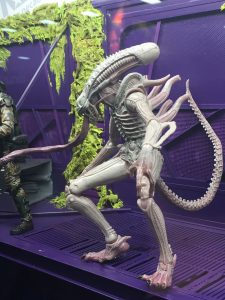 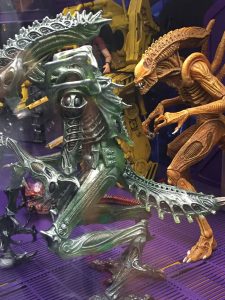 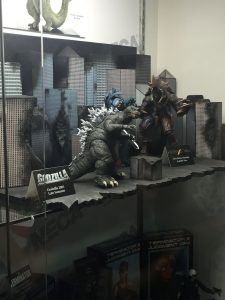 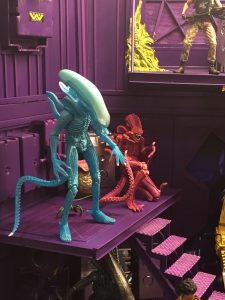 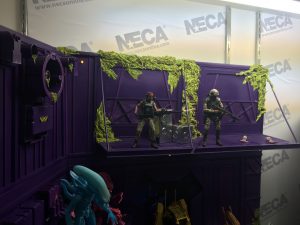 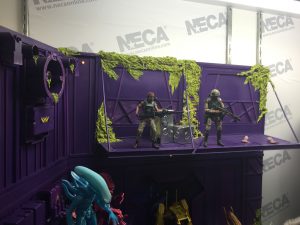 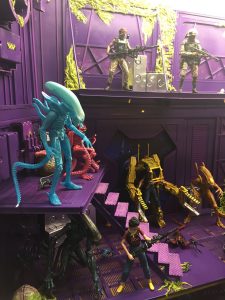