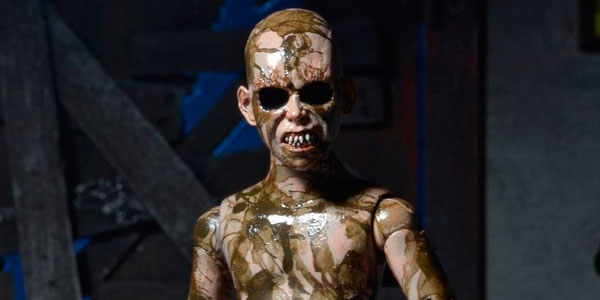 A new Ash variant faces off against a pair of creatures from Starz Ash vs The Evil Dead in NECA’s newly-revealed box set.

Earlier this week at Comic-Con, NECA displayed production samples of their upcoming Ash vs Evil Dead Series 1 action figures, but on Saturday they debuted a new box set of figures based on the Starz series. While we’ve seen the first three figures in the series prior to SDCC, the new box set added an alternate, blood-covered Ash and a pair of demon spawn figures to the collection.

The result is a great looking new set of horror figures, all of which look amazing.  Me, personally, I’ve been eagerly anticipating the first figures in this series since Ash vs Evil Dead premiered last Fall, and this new set feels perfectly pertinent to the first season of the Starz TV series.

Take a look at more details and photos from the newly revealed Ash vs Evil Dead 3-pack from NECA… do you think this set is a must-buy, as much as I do?

Just in time for Season 2 of the hit Starz series Ash vs. Evil Dead, we present a special edition action figure 3-pack dedicated to the dramatic Season 1 finale. The set includes Bloody Ash and two demon spawn figures that are exclusive to this set.

The series follows Ash: stock boy, aging lothario and chainsaw-handed monster hunter who spent 30 years avoiding responsibility, and the terrors of the Evil Dead. In final episode of season 1, Ash is beset by demonic creatures at the cabin in the woods, and this set lets you recreate that dramatic battle.

The thoroughly bloodied Ash stands nearly 7” tall and comes with chainsaw and shotgun that fits in a back holster. Each demon spawn has a unique head sculpt and is fully poseable, standing 5.5” tall. Window box packaging. 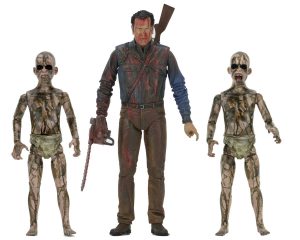 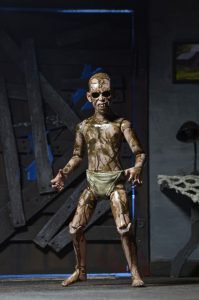 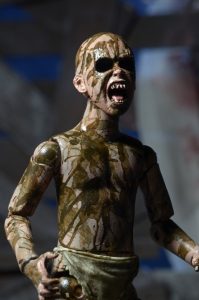 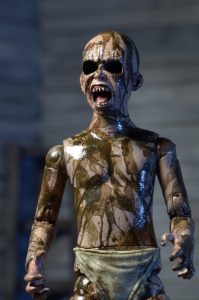