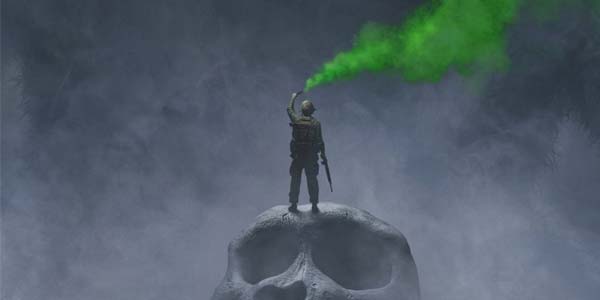 There was lots of awesome stuff beyond the totally promising super hero trailers unleashed in Hall H by DC and Marvel yesterday… one of the other highlights was the first trailer for Kong: Skull Island, which brings King Kong back to the big screen in what appears to be an entirely new story.  Based on the set-up in this trailer, it looks like that new story will still borrow many of the themes of the original– man’s attempts to dominate nature, first and foremost and the universal damage that stems from tampering with the Old World– but re-contextualized into something more militaristic than Carl Denham’s sensationalism through Samuel Jackson’s apparent bad guy.

I’m okay with shaking up the Kong story… to be honest I’d really prefer this to just another re-telling of the original, which we’ve already seen several times since starting from a place of perfection in 1933.

Aside from some philosophizing from Jackson, and a few lines from John Goodman, we don’t get much of a sense of our main characters, played by Tom Hiddleston and Ms. Marvel herself, Brie Larson.  In this trailer they’re mostly relegated to wide-eyed reaction shots, not unlike Aaron Taylor-Johnson and Elizabeth Olsen in the aesthetically similar Godzilla.  Hopefully Hiddleston and Larson will be more engaging in the movie itself, and tied to the plot through more than convenience and happenstance.

I’m down for the new, extra-large Kong… this trailer sets up the Old World and the new story pretty well, and I’m looking forward to this return trip to Skull Island.