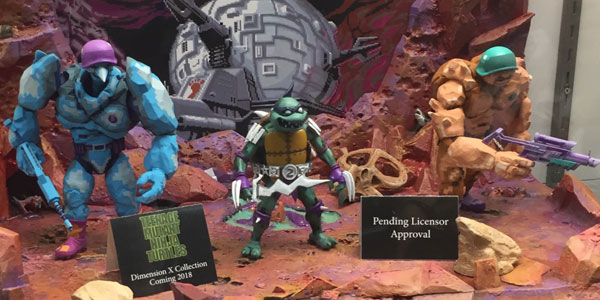 Well, this is a nice surprise!

On preview night at San Diego Comic Con, NECA surprisingly had open space and yet-to-be revealed items in their Teenage Mutant Ninja Turtles section.  And holy cow, did they have a surprising reveal!

The new figures, dubbed the “Dimension X Collection” returns to the TMNT video game world, introducing 3 game-deco 7″ figures based on Rock Soldiers Traag and Granitor from The Arcade Game, and Slash as seen in Turtles In Time.

Sure, Bebop and Rocksteady might have been more predictable choices, but the Rock Soldiers never got enough love in any iteration of the TMNT toy line. And that manic, toothy grimace on Slash’s face is absolutely priceless.

No word yet on how these figures will be released– it’s worth remembering NECA’s Turtles license is very complicated, due to the over-arching merchandising rights held by Playmates– but they’re slated to hit in Spring 2018.

So the Arcade Turtles better get ready, because some new enemies are about to enter the fray! Check out photos of Traag, Granitor, and Slash below: 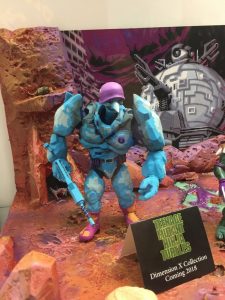 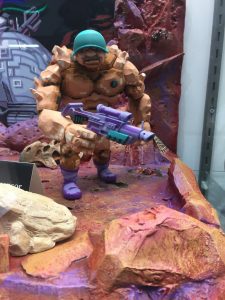 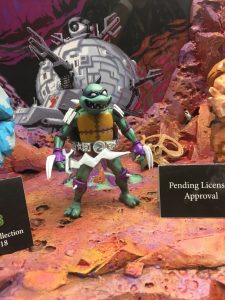 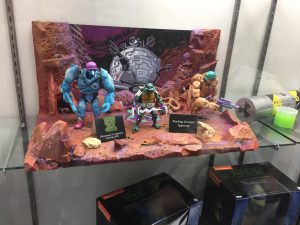 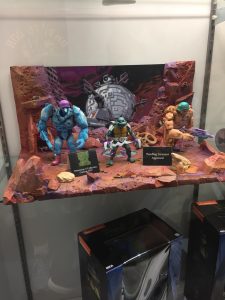 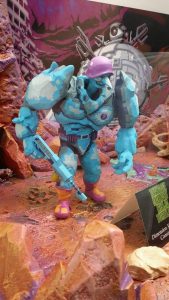 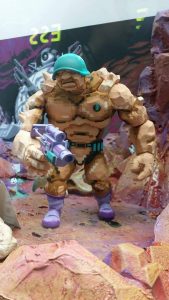 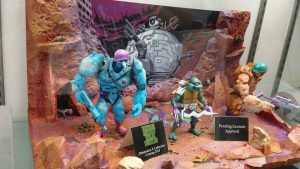 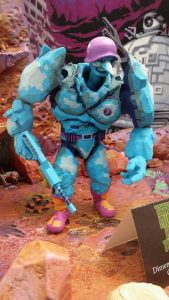 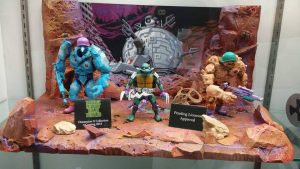 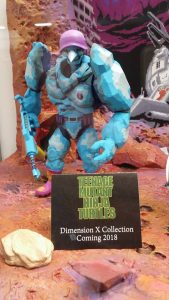 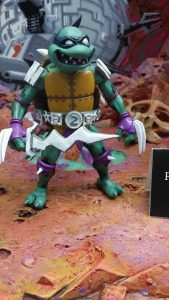 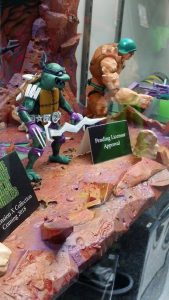 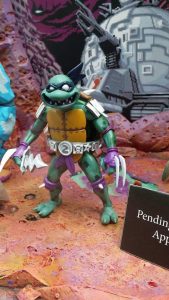