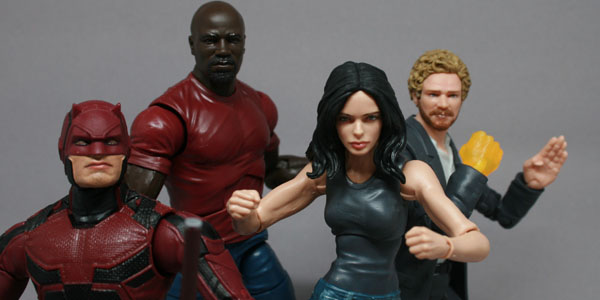 Marvel Legends rounds out the Defenders with this stunning box set at SDCC.

The Defenders are a mixed bag of shows, some people love them, some not so much. The story telling used in the shows helps to devopl the chracters and some of the villiains to make them much deeper than what we have seen in the Marvel Cinimatic Universe. This set gets the fan the full line up with a few extras, making them just different enoguh from the Man-Thing wave to make them worth getting.

The two newest figures in the set are from Iron Fist. Colleen Wing and Danny Rand are read for action and take down the Hand. Since Danny does not yet have a look, well he might if you watch Luke Cage S2, so putting him in a suit makes sense. He does have his “Iron Fist” and no tie, making him look like he is ready for a fight. What sets him a part is the use of the body. It is perfect for some younger suited characters, like Matt Murdock or Peter Parker. This set will be harder to track down, so doubt that collectors will cannibalize this figure but hopefully down the road we will get it at retail. Colleen is also new to the line,in her final track suit. She was one of the best additions to the Netflix show, and deserving of a figure. She is one of the two that comes with an accessory, her sword and scabbard. The only thing missing is sting to have her wear it, but considering she carried it most time it fine.

The other three figures all have seen or will see regular release. Daredevil gets an unmasked head, but is the same as the regular release. Jessica again is the same but missing her jacket, which she does not wear a ton anyway. The final is Luke Cage in a red shirt, unlike the two pack coming with Claire.  He is slightly smaller than the comic version, but mixes in perfect with the rest of the set.

The thing that stands out is the packaging. We took a closer look at it on Youtube check it out below. 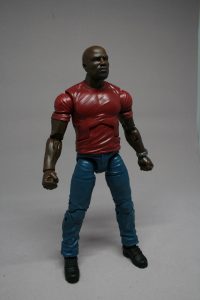 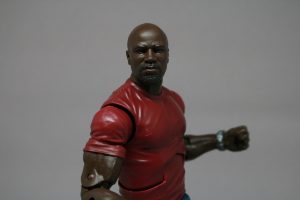 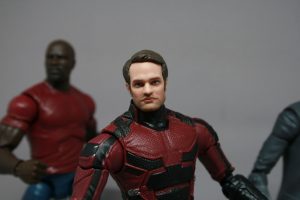 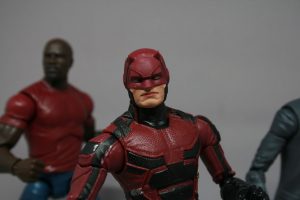 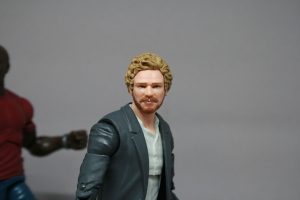 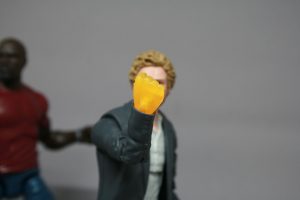 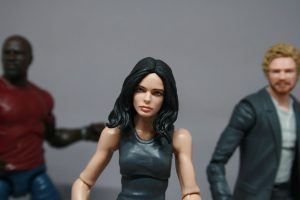 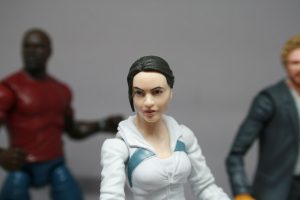 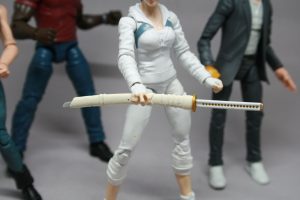 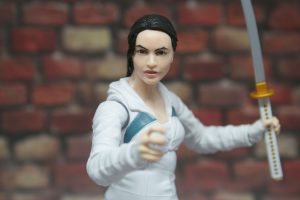 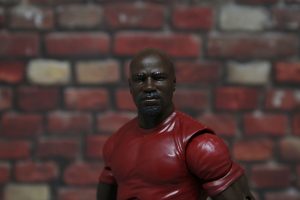 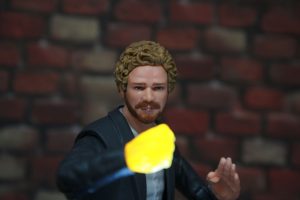 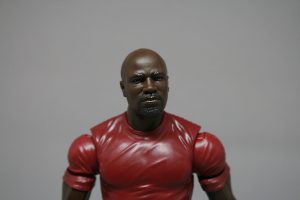 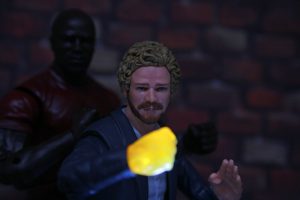 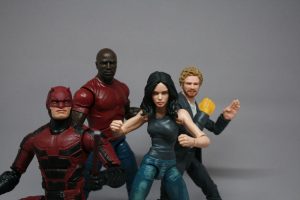 Thank you Hasbro for sending this to review!!!