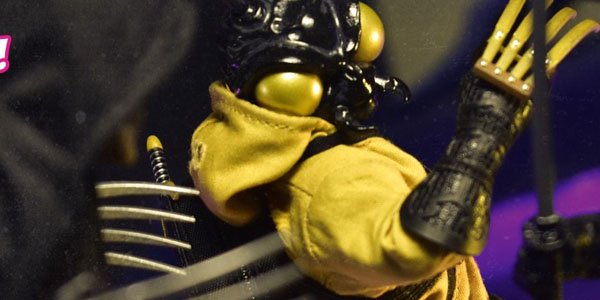 Mezco is bringing Gomez to Comic Con At home this year while we all miss being at SDCC!

This exclusive ‘Booth-In-A-Box’ is jam-packed with badassery to celebrate the first ever Mezco Con – right from the comfort of your own couch!

The box itself is designed with super sweet graphics by our friend, Diego Riselli, depicting our convention booth. Inside, you will find a Clan of The Golden Dragon Gomez, a newly designed and fully accessorized 5 Points Agent Gomez figure, a Pink Skulls Chaos Club t-shirt, an All-Access Mezco Con Badge with lanyard, stickers, a pin, and an iron-on patch. Each purchase of a ‘Booth-In-A-Box’ comes with a $20.20 coupon code – a nod to Mezco’s 20th anniversary. This coupon code will be emailed to you shortly after your order ships. (Max 2 coupons per account.)

All items are exclusive and only found here! 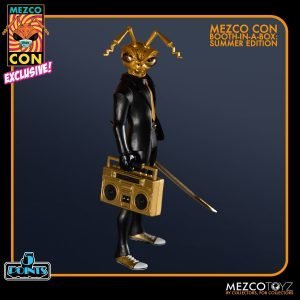 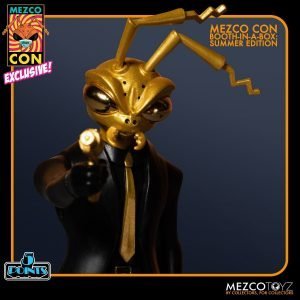 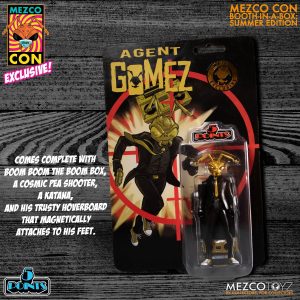 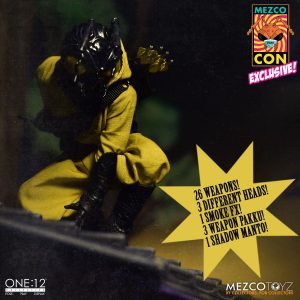 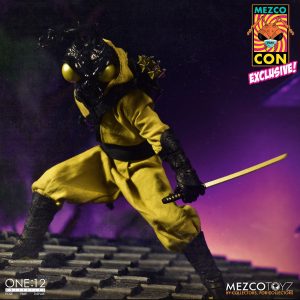 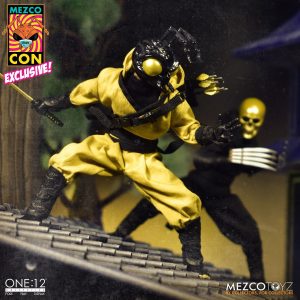 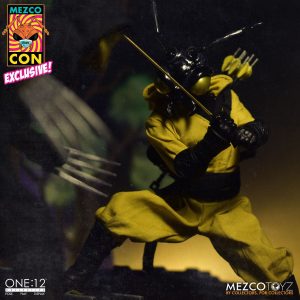 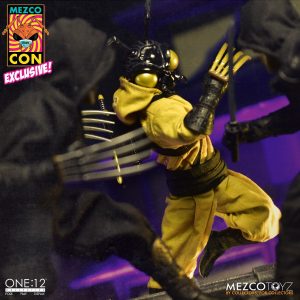 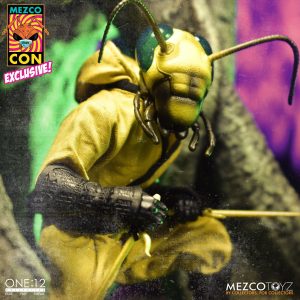 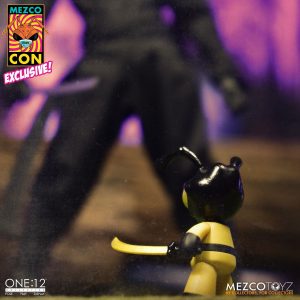 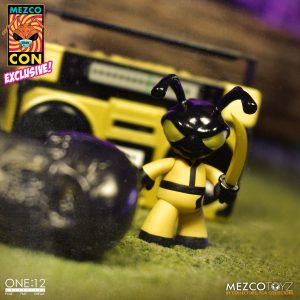 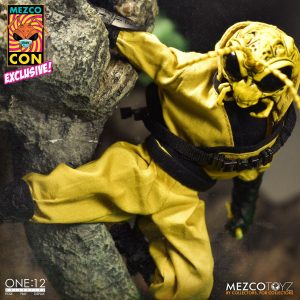 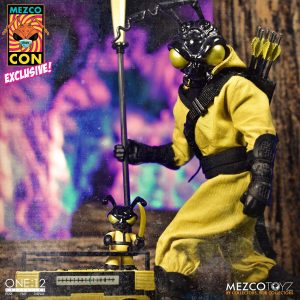 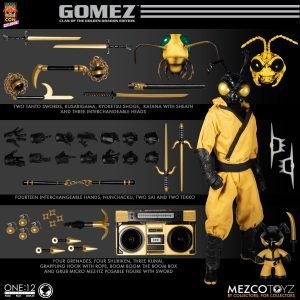 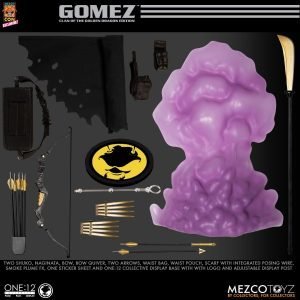 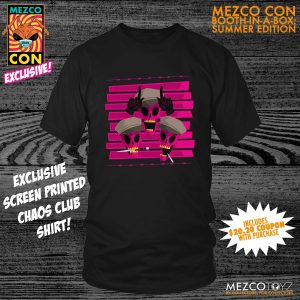 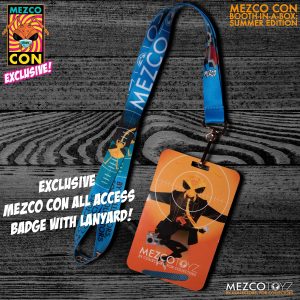 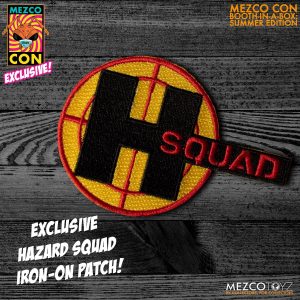 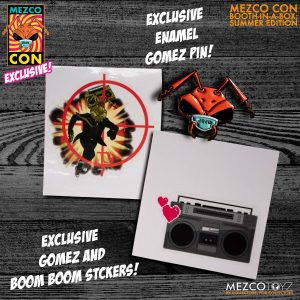 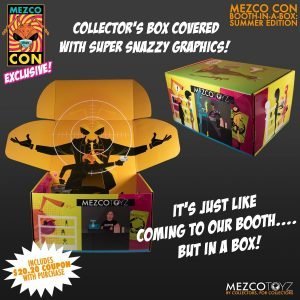 Gomez – The Clan of The Golden Dragon Edition:

Somewhere in a mystical land ruled by feudal law, Shinobi tribes clash over territory and honor.

When the ‘Clan of The Golden Dragons’ are attacked and slaughtered by the nefarious ‘House of The Golden Skulls’, all are left for dead. One warrior, his faithful Boom Box, and a baby, survive to avenge his fallen brothers. Gomez rises with a sole purpose – revenge.

The highflying warrior wears a shinobi shozoku with forearm guards, a waist belt, shin guards, and tabi boots. The Golden Dragon’s greatest champion is equipped with a ninja-smoke plume FX that masks his next move, making Gomez the master of stealth.

Small but mighty, Grub shows no mercy. The toddler clone of Gomez wears a matching outfit & comes with a sword of his own that he can hold.

As always, Gomez is well-equipped to take on whatever may come his way. He comes complete with a kusarigama connected with a real metal chain, multiple shuriken, a katana with sheath, a grappling hook, two tanto swords, and much more.

Gomez’s boom box sidekick, Boom Boom, is always close by his side and ready for action.

What adventures lie ahead? You decide.

THE ONE:12 COLLECTIVE GOMEZ FIGURE FEATURES:

The Mezco Con Booth-In-A-Box: Summer Edition is available to order at https://www.mezcotoyz.com/mezco-con-booth-in-a-box-summer-edition