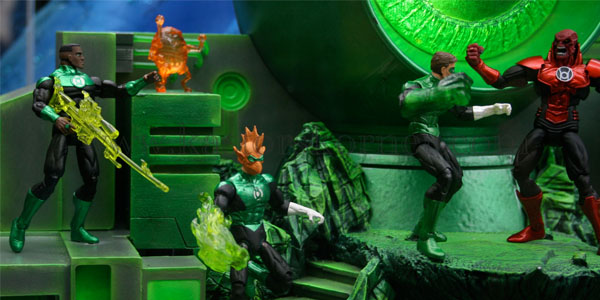 The first night of Comic Con is overwhelming for a first time visitor. The lines are long and people are herded into sections of the Convention Center like cattle, just waiting to be released on to the convention floor.

When the security finally communicates successfully, which can sometimes take up to an hour after the show opens, the floor is flooded with fans. People of all ages are running around from booth to booth to see their favorite characters. Even on preview night you could bump into Deadpool talking with Superman; it’s a magical night. Think Disney World but instead of the employees getting dressed up, it’s the visitors.

After the fans have taken in the sights they open their wallets and hunt through the vendor booths to find the action figures and comic books missing from their collections.

Once the night is over people retire to their hotels or go out and enjoy the city. The real events of the convention start early Thursday morning and run through late Sunday afternoon. It is going to be a non-stop sprint to the finish but check back all week to keep on all the events, toys, and stars at Comic Con.