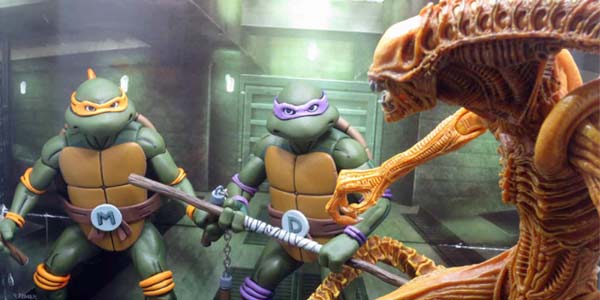 This year’s Comic Con exclusive Alien figure by NECA takes its cue from an unexpected source.

We’ve been seeing a weird, mustard-yellow Xenomorph in NECA’s display cases at most of the big shows and conventions over the past year, with no identification or explanation… until this year’s Comic Con, when it was revealed this variant was their SDCC exclusive Alien release.  And that color scheme is actually a tip of the hat to Teenage Mutant Ninja Turtles, specifically the classic TV episode “Attack of the Killer Pizzas.”

In that episode, the heroes on the half shell face off against some suspiciously Xenomorph-like aliens, whose skin is the very same shade of yellow.  NECA decided to pay tribute to this episode– while also essentially cross-promoting their animated TMNT box set– with the release of the Sewer Mutation Xenomorph.  They crafted a fun back story for this unique creature, which reuses the AvP Alien Warrior figure with an all new paint job.

Using this base body is fine, as it’s well sculpted and extremely articulated.  Yes, it’s not a perfect representation of the cartoon monsters that inspired it, but the nod is still pretty obvious once you know the context. As an added bonus, the outlandish back story and garish color scheme allow this figure to fit in well with the Kenner collection, even if it doesn’t have a vintage toy analog.

The Sewer Mutation Alien was exclusively available at Comic Con, and to members of the NECA Alien Club.  If you didn’t get yours yet, you might have to head to eBay to add this fun creature to your Xenomorph hive. 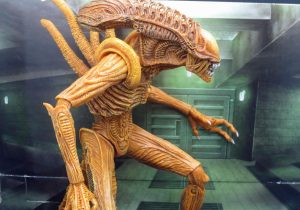 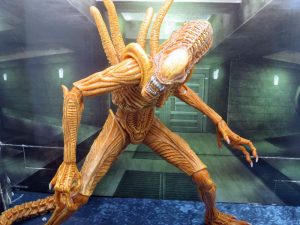 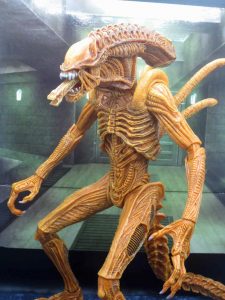 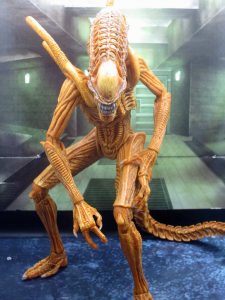 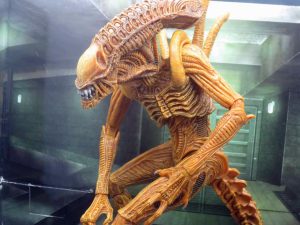 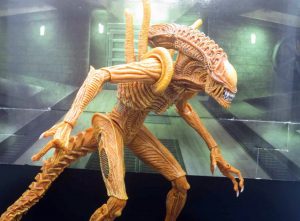 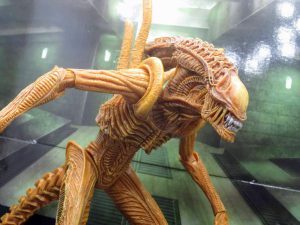 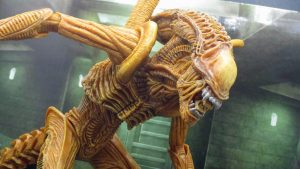 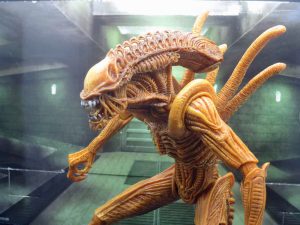 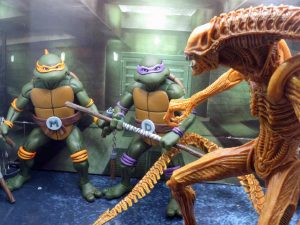 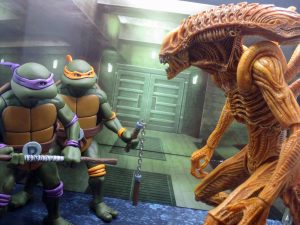 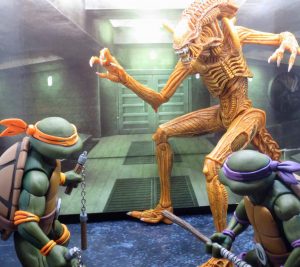 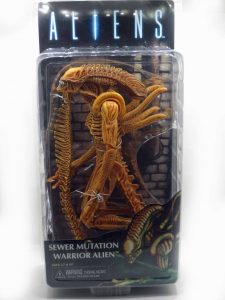 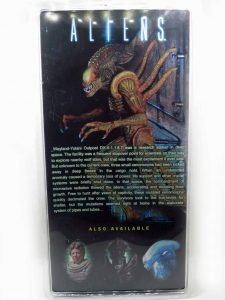