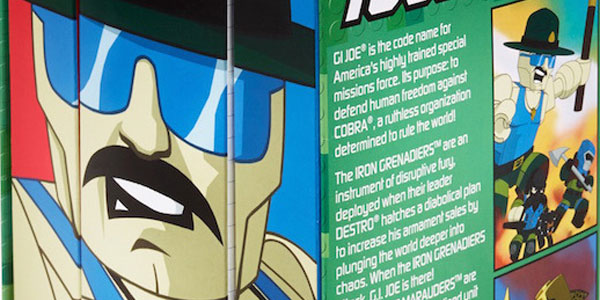 Kre-Os are awesome, GI Joe is awesome and Sgt. Slaughter is awesome.  So a combination of of these three is an awful lot like peanut butter and jelly and Cheetos— nigh-unbearably incredible.  At least that’s my takeaway from the GI Joe Kre-O Slaughter’s Marauders box set, which is bound for Comic Con next month, and was revealed today by Uproxx.*

Let’s just begin to unravel the ridiculous bit of coolness that is this set.  What we get inside is two six-packs of all new Kreons, Sgt Slaughter and his Marauders on one vintage-style cardback, and Destro and his Iron Grenadiers on another.  The meat in this building toy sandwich is a new Kre-O build, Slaughter’s Triple Tank, also featured in a box that calls back to the vintage Real American Hero packaging.

If that weren’t enough, the entire set is packed in a slip case designed to look like that iconic 80s staple, the box cover for a multi-tape VHS set, and it’s perfect, from the bright, mostly primary colors, to the cheesy action shots of our heroes and villains on each side.  I’m more than a little in love with this thing.

Seriously.  Each year, Comic Con features some very cool exclusives.  But then there’s some that go beyond the realm of just cool.  The Slaughter’s Marauders Kre-O set is totally one of them.  Like, this is the sort of toy I’m legit scared I might die before I can get my hands on.  It’s just that neat. 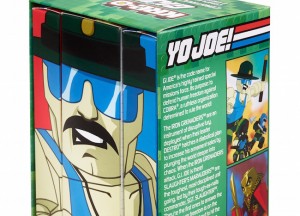 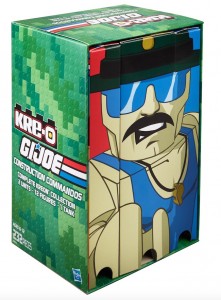 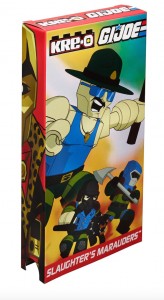 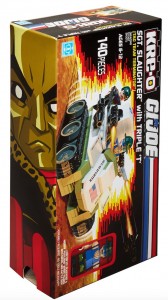 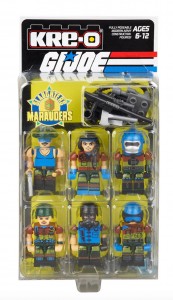 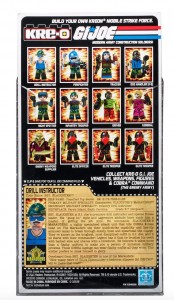 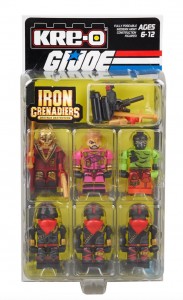 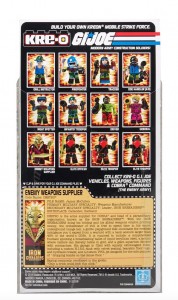