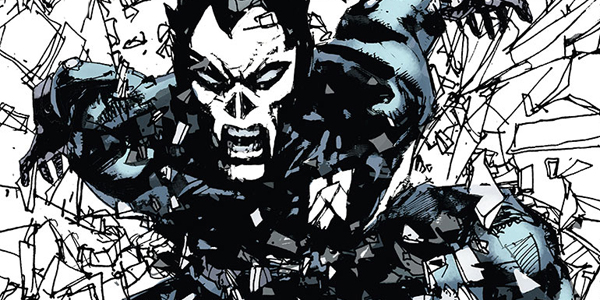 Comic fans are in for a treat this Wednesday when the newly relaunched Shadowman finally hits shelves.  One of Valiant’s flagship titles in the early nineties, the license was adapted into two best-selling video games and there’s even a feature film in the works.  With an established fanbase waiting with bated breath and the potential to reach an entirely new generation of readers, Valiant has a lot to gain with this series – their first since the initial quartet of titles spawned during the “Summer of Valiant” launch event.

Debut issues are always a bit tricky, especially when rebooting a popular franchise such as this.  Luckily, Shadowman #1, co-written by Justin Jordan and Patrick Zircher, hits all the sweet spots.  Pulling inspiration from the series’ rich history, they’ve created something familiar but entirely fresh and new.  As such, new readers need not feel alienated as the narrative here takes you to the very beginning and walks readers through Shadowman’s origin.  That’s not to say that Jordan and Zircher lay all their cards on the table – the events that unfold are still largely wrapped in mystery, but lay the foundation for what is shaping up to be a knockout storyline.  And even while cramming the pages with back story and character introductions, the writing team pulls off an intense, modern re-imagining of Jack Boniface in a book brimming with cool sci/fi-horror elements.

An explosive prologue takes us to a past event where supernatural monsters ran amok in the streets of New Orleans and where we witness the presumed fate of that era’s Shadowman at the hands of Master Darque, a supreme baddie that long-time fans will instantly recognize.  Shortly thereafter, in the present day, we meet his son, Jack Boniface, a young man man with a troubled past who grew up without ever really knowing his parents.  The mysterious amulet he wears around his neck serves as his only true link to his past until an investigator manages to dig up some disappointing information regarding his birth parents, which shakes Jack to the core and sets him on the path to inherit his dark and powerful birthright.  We are also briefly introduced to Dox and Alyssa, members of an organization in league with the previous Shadowman, who seem to know a lot more than they’re letting on about the situation at hand.  Going forward, the stage has been set for them to become Jack’s first allies in the fight against the demonic forces that threaten the world.

Speaking of demons, we get a chance to meet a nasty one by the name of Mr. Twist.  Sandwiched between two of the story’s more somber moments, Mr. Twist makes his first appearance under a most gruesome set of circumstances, speaking in a bizarre manner that finds a balance between courteous refinement and sociopathic drivel.  The second you see him though, it’s immediately apparent that he’s going to be an awesome villain.  I can see Zircher and Jordan having a lot of fun bringing Twist’s exploits to life and, if his actions here are any indication, there will be scores of bodies left in his wake before it’s all over.  Thanks to the fantastic of art or Patrick Zircher, complimented by outstanding color work by Brian Reber, the creature designs are extra nightmarish and each character is brought to life with a clean, fluid detail and a vivid color palette.  Zircher also has an amazing talent for composing a page.  Virtually every panel is its own work of art, perfectly balanced and loaded with intricate background detail.  Valiant has really been recruiting some incredible talent and has a knack for pairing artists & writers to series they can really run with.

My expectations were extremely high for Shadowman, but the creative team really nailed it, surpassing what I could have hoped for in every area.  The visceral action, macabre atmosphere, and grotesque demons make a welcome addition to Valiant’s multifaceted universe, even if it’s not quite clear exactly how Shadowman will fit into the larger scope of things just yet.  As a testament to Valiant’s creative team and editors, each book they’ve released really stands on its own, offering something completely unique and wonderful in its own right, while they slowly build themselves into a truly epic self-contained world.  In terms of quality and readability, Shadowman fits in perfectly with Valiant’s established titles and scores a knockout punch with its debut issue, on shelves this Wednesday, November 7th.  The only drawback with a book this entertaining is the monthly wait between entries.  Check out some preview pages below along with the killer pullbox and variant covers. 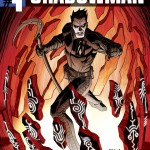 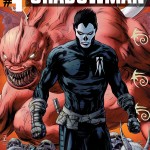 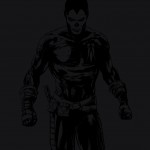 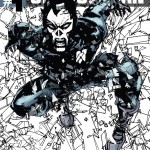 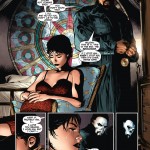 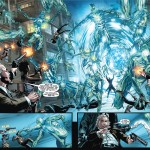 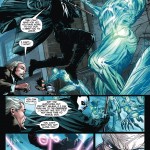 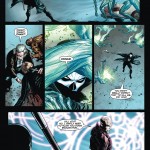 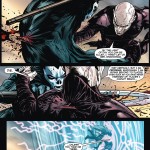