Shadowman Comes to Light This November 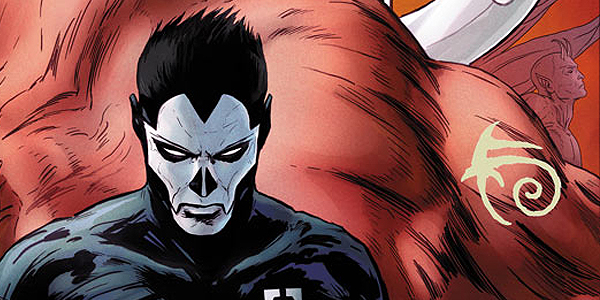 One of Valiant’s best-selling titles twenty years ago, Shadowman was effortlessly cool — a stylish amalgamation of science fiction and macabre supernatural elements.  This November, fans of the classic series who have been eagerly awaiting Jack Boniface’s return to form are in for a treat.  Shadowman is back and ready to mix it up in the Big Easy with a relaunched series that looks absolutely incredible.

Valiant’s fifth new ongoing series since their epic revival earlier this year will have the knockout creative team of Justin Jordan and Patrick Zircher at the helm.  Jordan’s previous work includes the excellent Strange Talent of Luther Strode while Zircher’s art can be seen gracing a few recent and upcoming Valiant covers (but also check out is mind-blowing work on Thor: Ages of Thunder to get a feel of what this guy is capable of).  One glance at the preview artwork below and, even in its early stages, it’s evident that this book will look unbelievable.

Out of all the revamped character designs we’ve seen thus far throughout Valiant’s new titles, Shadowman has seen the most dramatic change, and it’s entirely for the better.  Jack has ditched the relatively nondescript blue mask in favor of a one adorned in elegantly menacing skull illustration that definitely connects more strongly with the Voodoo themes of the book.  Similarly, he now wields a baton which extends to reveal a Sengese Blade, based on an ancient African tribal weapon.  His uniform in general now sports much more tactical look and appears better equipped for dangerous situations but, luckily, the iconic logo is still emblazoned plainly on his chest.  I didn’t dislike the classic getups but, by comparison, there is no denying this fresh new take is a massive improvement. 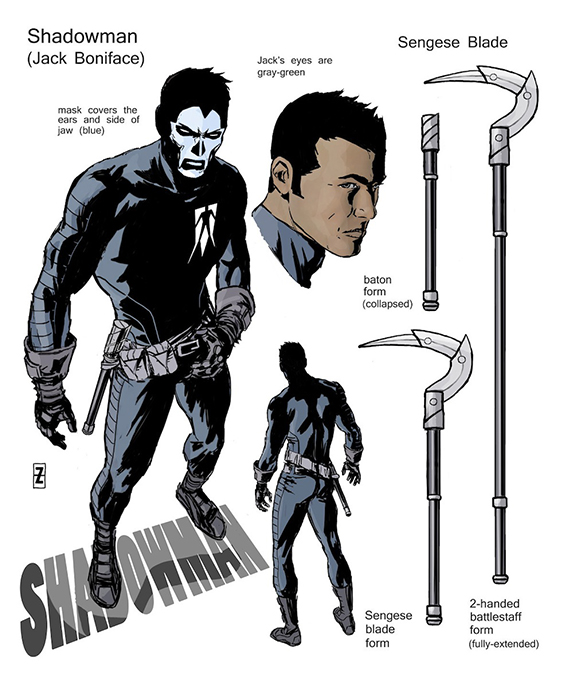 Although it has been confirmed that series staple villain Master Darque will be returning, I’m especially eager to see what new surprises are in store as Valiant continues to rebuild and shape their large inter-connecting universe.  On sale this November, Shadowman #1 will feature a standard cover by Patrick Zircher with incentive variants by the great Dave Johnson and Bill Sienkiewicz.  Personally, I can’t wait to see what Sienkiewicz conjures up for this one – that guy’s work is a sight to behold.  Valiant will also continue to offer their pullbox exclusive variants to brick-and-mortar comic shop patrons who pre-order the book with a “blackout” cover by Patrick Zircher.  Click on the thumbs below for some hi-res goodness to whet your appetite: 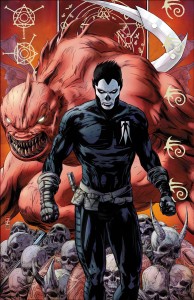 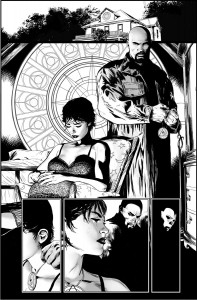 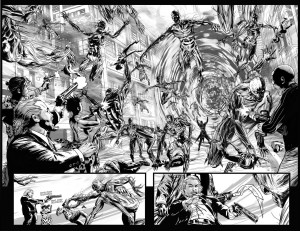 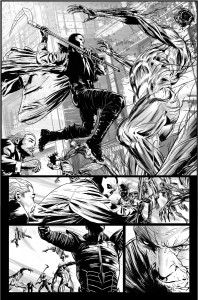 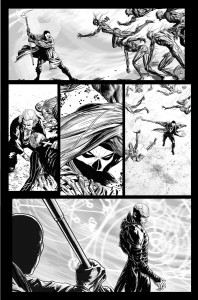