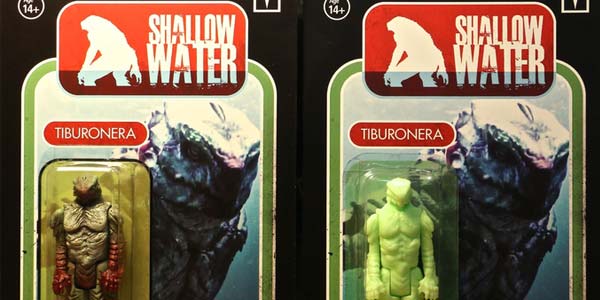 Sandy Collora’s first original concept action figure is live on Kickstarter, and you should totally back this!

I don’t know what it is, but as I get older, I’m getting more and more into the current “retro/ Kenner” craze.  Sure, I love super articulated toys, but I can’t help but feel like great sculpting trumps any number of moving pieces.  The TIBURONERA, the first original action figure created by creature creator and filmmaker Sandy Collora, is a KILLER monster design, and the action figure on Kickstarter right now is a must-back project.

The TIBURONERA (whose name translates to “one who hunts sharks” in Spanish) is the monstrous star of Collora’s film Shallow Water, and the beast taps into Collora’s storied history as a mainstay at Stan Winston Studios.  If Sandy’s name sounds familiar, he’s also the brains behind Batman: Dead End, the Batman/ Alien/ Predator crossover that remains one of the best fan films ever released.

Collora’s concept with the TIBURONERA was to create a toy that harkened back to the vintage Kenner aesthetic, while also sporting a highly detailed sculpt, and he totally nailed it.  Toys like this Shark Hunter and Warpo’s outstanding Legends of Cthulhu toy line prove that the retro aesthetic doesn’t have to be just a lazy approach to making simple toys… it can feel like a genuine design choice that works for the character, in the right context.

The Shark Hunter campaign is live now on Kickstarter, and here’s the best new– he’s already fully funded, with 27 days to go!  That means the TIBURONERA will be a reality, in both his film colors and a Kickstarter exclusive “environmental error” variant cast in semi-translucent green plastic.  I can’t wait to check this guy out in person… here’s hoping this is the first of many monster toys Collora unleashes!

Click Here to visit the Shark Hunter campaign on Kickstarter, and back this awesome figure now! 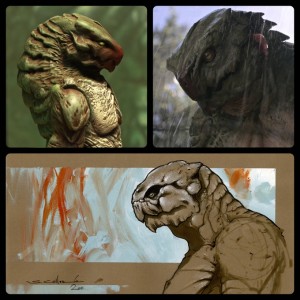 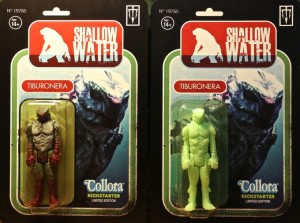 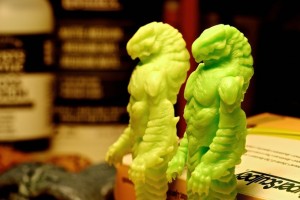