S.H.I.E.L.D. Gets Personal With Put Me In The Story 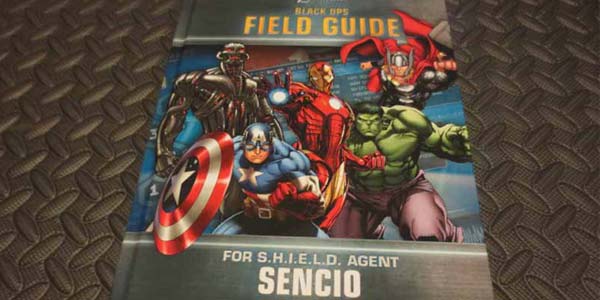 The new S.H.I.E.L.D. Black Ops Field Guide introduces YOU to the Marvel Universe.

Put Me In The Story is a novel* idea, creating a one-of-a-kind book which include pages personalized to you/ your friend/ your favorite child/ whoever you get the book made for.  They offer a bunch of books fit for readers of any age, but their latest release is the first based on the Marvel universe, spotlighting the heroes and villains of The Avengers’ continuity.  The lexicon is presented in the fun framework of a Black Ops Field Guide for a S.H.I.E.L.D. Agent… namely, YOU.

The hardcover book starts with a removable S.H.I.E.L.D. ID card, with your name and picture, which also serves as a decoder for the puzzles that appear throughout the book.  Then there’s a page for a personal dedication… my field guide was apparently gifted me by genius filmmaker/ professional weirdo/ unexpected S.H.I.E.L.D. operative Werner Herzog, who offered one of his most (in)famous quotes as a dedication. 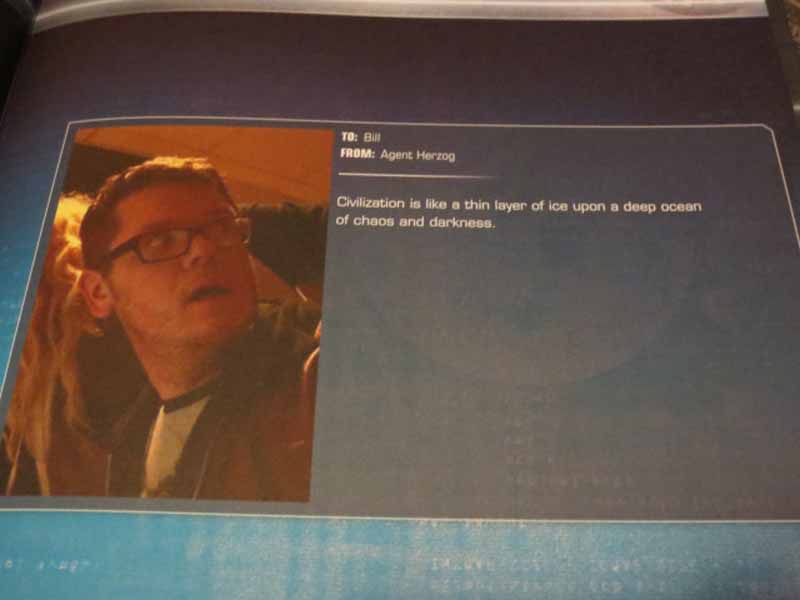 (words to live by)

After a personally-addressed introduction letter from Nick Fury, we jump into the character profiles, and by this point I have to admit even a fully grown and mostly mentally developed adult like me was finding it hard to not feel more personally connected to this universe of heroes and villains and super spies.  The profiles are really well designed, breaking down basic info about each hero and villain, Power Grid Stats such as strength, intelligence, fighting skill and energy projection, and a short biography.  They actually remind me a lot of the awesome trading cards from the early 90s, and much like those cards of yore, there were a few rankings I took umbridge with, until I sat down and really considered that, yea, maybe Captain America’s fighting skills really ARE better than Thor’s… or that if you factor in his ability to download into new bodies, then YES, Ultron probably is “more durable” than Thanos.

Unlike those cards, though, the S.H.I.E.L.D. Field Guide also gets interactive, with a second “Secret Report” page that offers character-specific quizzes and fields for you to take your own notes on the character.  Hopefully my Black Ops Field Guide will never fall into the wrong hands, lest everyone discover which of the Avengers’ most deadly foes is the best kisser. 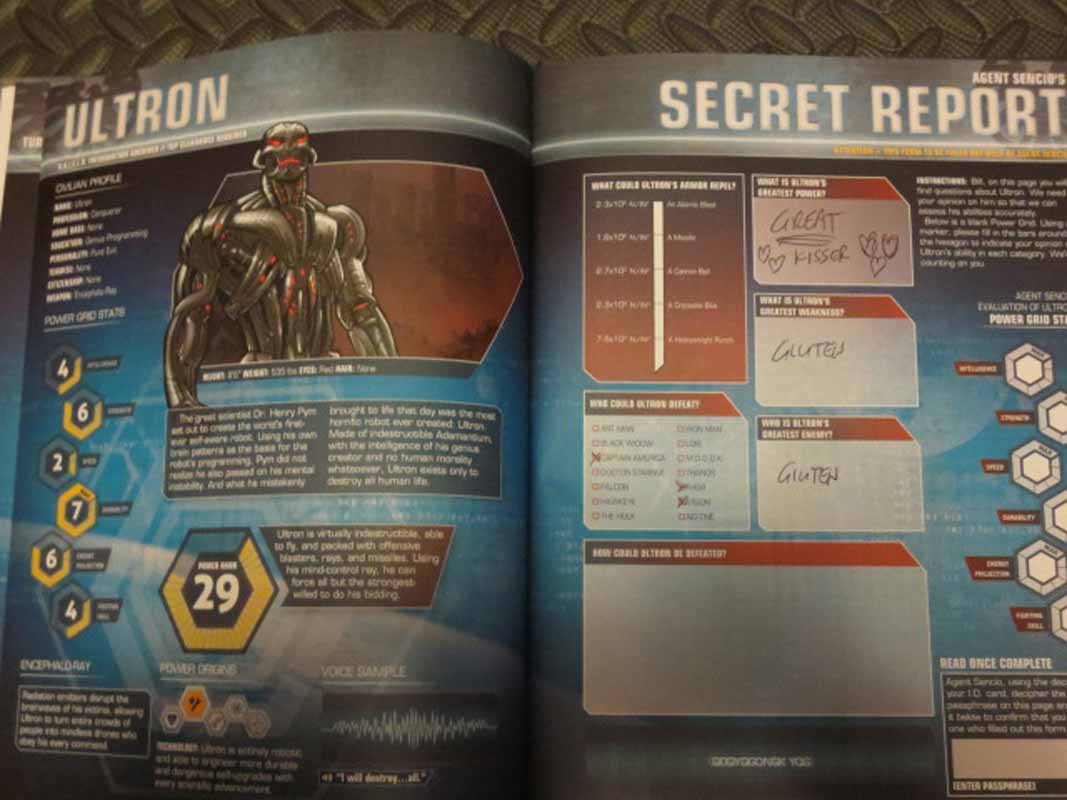 (it surprised me, too)

It’s probably not surprising to find most of the profiles are based on the characters featured in Marvel’s recent movies, so we get the rundown of Black Widow, Captain America, Iron-Man, The Hulk, Thor, Hawkeye, Ant-Man, Doctor Strange, and Falcon.  The villains include Loki, Thanos and Ultron, among others.  Toward the end, you get your own similar, blank profile page, with the same bio, stats and Power Grid fields for you to customize however you like.  See if you can guess the way in which I’m most self-depricating! 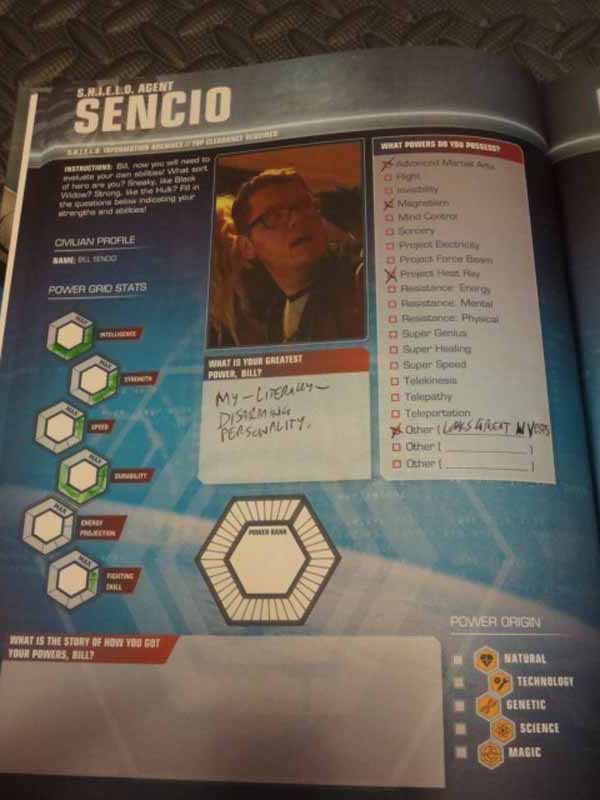 (I actually look kind of weird in vests… Please let me have my fantasy!!)

The S.H.I.E.L.D. Field Guide a really fun concept, and would be a great gift for pretty much any Marvel fan.  The book is straightforward and fun enough to keep kids engaged, while also educating them about the histories and relationships of these characters, and there’s enough geeky coolness (MODOK gets his own profile page!) to appeal to (pseudo) grown-ups like me.

You can create and order your own S.H.I.E.L.D. Field Guide at Put Me In The Story’s website.  It’s super simple to make, and the personalized final product is an awesome addition to the bookshelf.

(*sorry, I wanted to get the terrible book pun out of the way early)