Shocker Is Gearing Up To Battle Spider-man 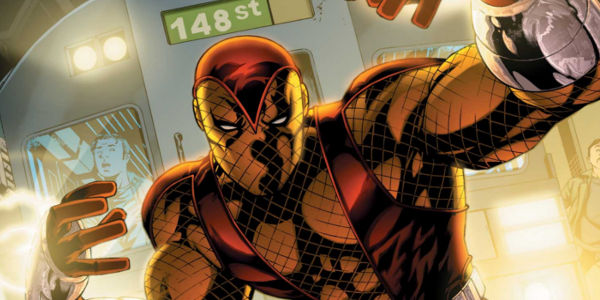 Spider-man: Homecoming is getting packed, and this weekend set pictures showed off a fully costumed Shocker.

Spider-man:Homecoming is shaping up to be a busy movie. There are reports of all kinds of characters being added, but no one knows how this will all play out until next year when the movie is released. This weekend reports came out that Shocker will be in the film with a classic comic accurate look, confirmed with images.

In the original comics Herman Schultz a gifted inventor turned to a life of crime as the Shocker, and never really rose to the level of a Green Goblin or Doc Ock. In the Ultimate universe Shocker was a villain who always got it wrong at the opening of multiple books before he was able to take on the Web-slinger as a credible threat. Bokeem Woodbine take on the role of Shocker in next year’s Spider-man:Homecoming along side Michael Keaton as the Vulture. Hopefully Woodbine’s Shocker will follow the Ultimate-verse version, only being a background villain, So if they are going classic looks with the background how great will the main villain be?