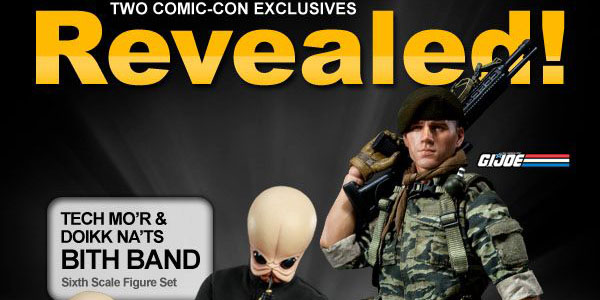 For Joe fans, we get a Lt. Falcon figure (who bears a suspicious resemblance to Joe movie actor Channing Tatum– or is it just me??)… In any event, I’m glad we’re seeing a new character this year instead of last year’s Ninja Viper recolor.  I really like Sideshow’s GI Joe series, but they tend to get a little pricey, so hopefully Falcon (who seems to share lots of existing parts like Stalker’s beret) will be on the low end of the cost scale.

For Star Wars, Sideshow will be bringing a two-pack of the chickpea-headed Bith Band members Tech M’Or and Doikk Na’ts, both with their instruments. I love the Cantina scene as much as anybody, but honestly the Bith band were the breaking point for me when it came to collecting Star Wars– yes, they’re cool looking and that whole sequence is a classic of the original movie, but c’mon.. how many people really have a Figrin D’an display in their house?  If you do, I am both impressed and a little bit afraid.

Sideshow will likely continue rolling out more SDCC exclusives in the coming days, but they’re off to a pretty solid start for 1/6 fans. 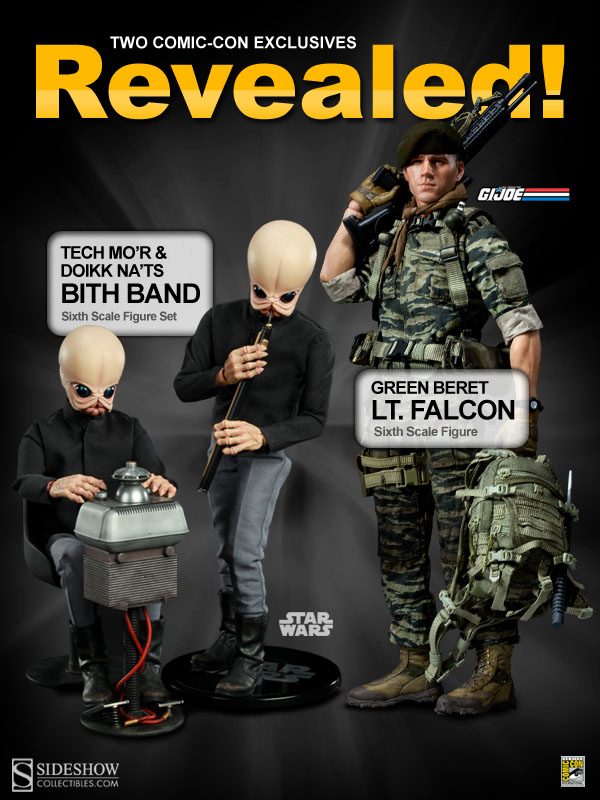