Silent Hill Revelation Gets A Trailer 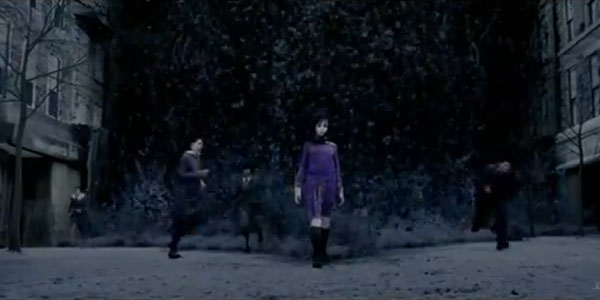 The Silent Hill sequel gets its first trailer.  I think it’s too early to tell if it will be a worthy successor, but at least it’s in 3D (sigh).

Silent Hill Revelation is the sequel to the surprisingly good 2006 video game adaptation, and it’s hitting theaters this Halloween.  Much like the first movie, the sequel looks to have taken quite a few liberties in regards to the source material, but I still feel that by and large video game adaptations can work even when they stray from the originals, as long as it’s done right.

I quite liked the first Silent Hill; it’s still one of my go-to movies when I’m in the mood for modern, atmospheric horror, but like another awesome modern horror film– The Descent— I don’t feel that it’s a film that really lends itself to a sequel.

But hey, we’re getting one anyway, which promises the return of Sean Bean and Radha Mitchell, as well as our new protagonist Heather. I didn’t get as much oomph from this new trailer as the visceral, ashen world of the first one, and even though my blood started rising when that air raid siren kicked in, the not overly good looking CGI creature that follows it left me a little cold.

One of the things that made the first movie work was the sharp script by Roger Avary. I’m hoping new writer/ director Michael J. Bassett has pulled off a follow-up worthy of the original.  We’ll find out this October…