Sin City: A Dame To Kill For Gets A Trailer 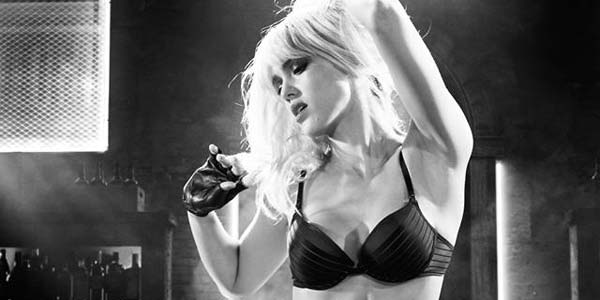 The Sin City sequel gets a first trailer.

It’s been such a long time since Robert Rodriguez’ Sin City that the fact the long-in-development sequel is finally coming to theaters this August seems almost surreal.  But now we have further proof it’s not all a booze-soaked, bullet-addled fever dream– there’s a trailer!

As for what we get here… it’s definitely reminiscent of the first movie’s hyper style, although something about it feels more empty and artificial.  Even still, it’s got everything I would ask for out of a Sin City movie– aggressive shadows and a digitally monochromatic pallet, cool actors caked in prosthetics and fake blood, and an overall vibe straddling that fine line between neo-noir and high camp.

I’m glad to be excited for another Rodriguez picture… not that his last few outings were terrible, but the first Sin City was the last of his movies that felt like it had any weight to it.  Aside from the digital cheapness of this trailer, the only thing tempering my interest is the screenplay by Frank Miller.  He’s been an asshole for a long time, but that’s not a judgment on his writing… the fact that he hasn’t written a decent story in over a decade?  That’s a big strike against him and this project in my book.