The Sith Rounds Out Star Wars Black Series One 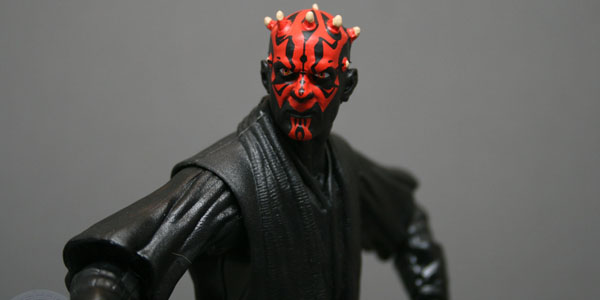 The final figure in the first wave of the six inch Star Wars Black Series is one of the few fan favorites from Episode I, Darth Maul. The evil Sith master is a great figure to round out the wave.

Darth Maul is one of the best sculpted toys in recent years, capturing the likeness of actor Ray Park and keeping the poseability of a toy. The only place the paint factors in is the head of the figure. For a figure in this scale and price point Hasbro went all out, giving fans a well painted figure without sacrificing the details. Characters like Maul and Spiderman have such complex face patterns that finding a figure with perfect paint apps almost impossible, so finding no issues was a welcome surprise. 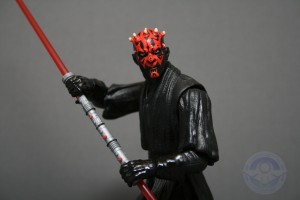 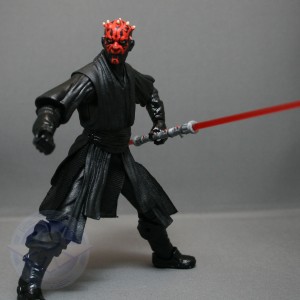 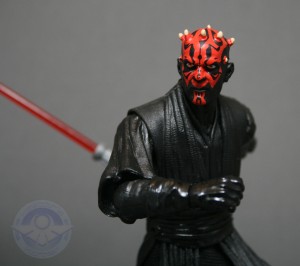 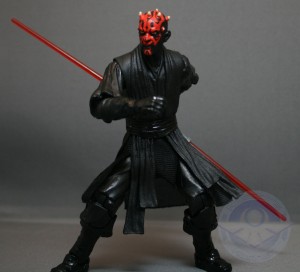 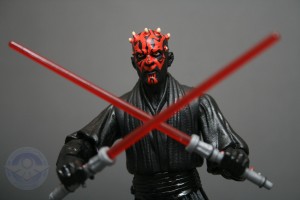 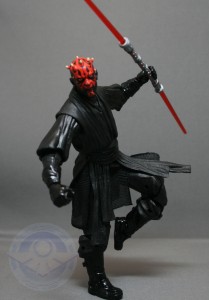 The body sculpting is also well done, and his costume is a mix of solid plastic, some softer rubber and soft goods. It allows for a lot of dynamic poses, and does not hinder movement of the joints. Right out of the box Maul’s body is hidden by his robes, but they fit the figure well that it just makes him look more imposing. When you consider how figures with hood often look goofy– just look at Mattel’s attempt at a New 52 Shazam– Hasbro took another approach make the head part of the hood and include a separate head. The extra head allows collectors to pose Maul with out his robes, the packaged head is attached to the robe, and recreate his final battle from Episode I. 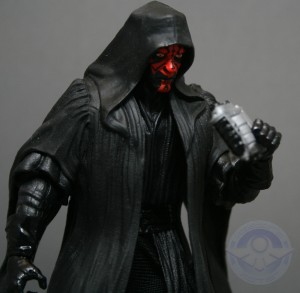 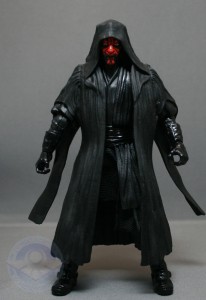 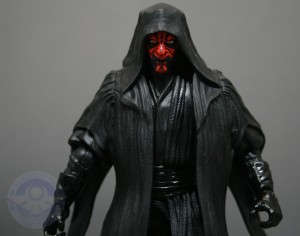 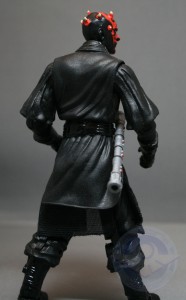 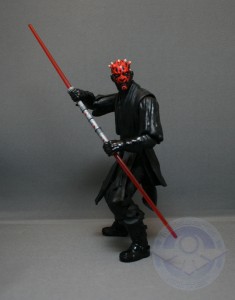 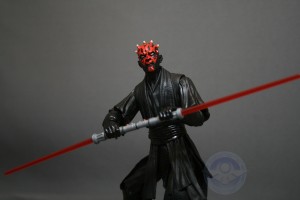 Maul also comes with a few accessories; two light saber hilts that can be combined, removable blades, binoculars, and an alternate head. The hilts are made from a softer plastic, making it difficult to pose Darth Maul holding on to the lightsaber with both hands. They tend to bend and pop apart, but the hilt can be clipped into his belt, making a so-so accessory into a very good one.

Overall, while I tend to shy away from prequel characters, Darth Maul was too amazing to skip. He has a great paint job, sculpting and comes with more accessories than figures half his size.

Thanks to Mike’s Comics-N-Stuff for getting these figures to us for review!  Click Here to order your Star Wars Black Series figures today!