Six New Images, And A Poster, From The Walking Dead 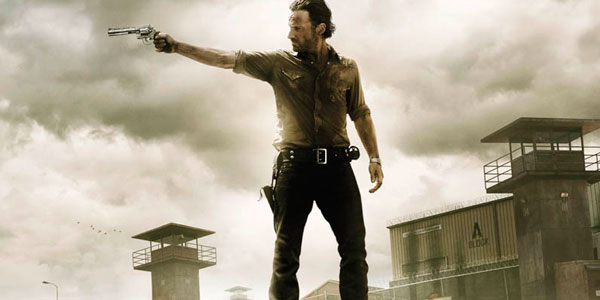 A flurry of new images has surfaced as we approach the premiere of The Walking Dead Season 3 on AMC.

AMC has been kicking the hype machine for The Walking Dead Season 3 into high gear this past week, with the debut of the new third season poster, as well as a handful of new images which popped up on AMC’s website.

The new shots give us another look at Michonne and The Governor, two characters that worked in the comic series, both of whom I have no idea how one could translate to live action without making them completely silly.  We also get some new shots of the returning cast, including Glenn, Daryl, Andrea and more… mostly interacting with the prison, which is a location I imagine the show will waste little time getting our heroes into.

The Season Three one sheet is OK I guess, as our hero Rick perches atop an overturned vehicle, aiming his gun, with the prison in the background.  This is the fourth season poster featuring just Rick, and while I like the consistency of the lone hero in this sepia-toned world, it feels a little same-y.  At least the Season 2.5 poster showed Rick pointing a gun in a more exciting way, a direct call-back to when he shot zombie Sophia.

I’m still planning to give the new season a chance.  Re-watching much of Season Two on Blu Ray didn’t exactly change my opinion on the series right now, but it did remind me of how good pieces of this show could be, even when the overall story is pretty “meh.”  While I can’t say I have faith in the folks running this show, I do believe the source material for the prison and Woodbury and all that is big and bold enough that it will either see The Walking Dead finally reach its potential… or completely fall into cheesy SyFy original territory. 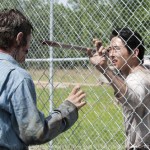 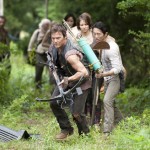 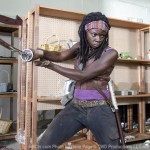 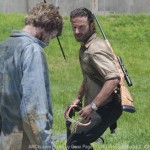 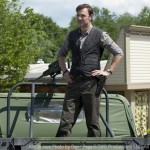 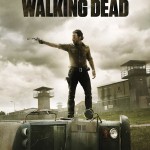