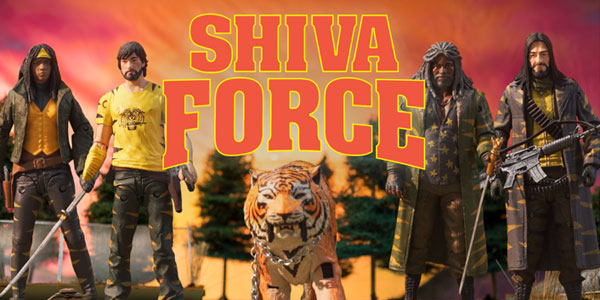 The geekiest, most absurd, and quite possibly coolest SDCC exclusive of the year has been revealed.

What makes a perfect Comic Con exclusive? In my opinion, it should be equal parts cool– appealing enough to warrant a purchase… non-essential– so as not to screw over long-time collectors who can’t attend the Con (including yours truly)… and geeky AF– because, let’s face it, that’s sort of the whole point of Comic Con.

Skybound is firing on all cylinders with their 2017 Walking Dead exclusive, the awesome “Shiva Force” box set.  Borrowing heavily from Hasbro’s classic GI Joe repaint team Tiger Force– while also paying tribute to King Ezekiel’s iconic pet Shiva– this set of mostly repaints is one of the most fun mash up concepts I have seen offered in years.

The box set contains four figures– Shiva herself (an all new, impressively articulated sculpt), and repaints of McFarlane Toys’ comic-style Rick, Michonne, and Ezekiel figures… all in tiger stripe themed attire.  It’s an absolutely awesome nod to Hasbro’s cost-cutting toy line from the 80s, and the perfect platform to introduce McFarlane’s Shiva figure to the Walking Dead toy line.

And it doesn’t stop there… McFarlane and Skybound are teaming up to release a “Shiva Force” deco Jesus figure in their next MegaBox (which you can order here), rounding out the Shiva Force team.  Smart!

If you’re not sold on how cool this set is yet, Skybound has also released a hilarious retro commercial to hype Shiva Force… which you can see below for your viewing pleasure:

I honestly thought I was done with McFarlane’s Walking Dead toy line… but this is the exact kind of cool/ nerdy/ absurd concept which is pulling me right back in.  What do you think? Are you a Shiva Force convert as much as I am? 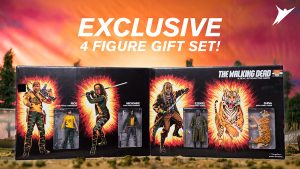 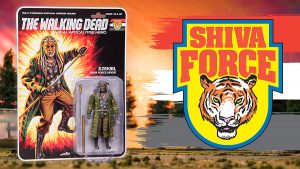 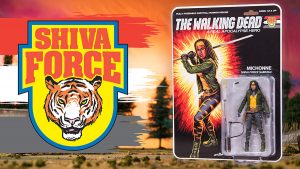 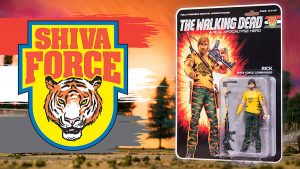 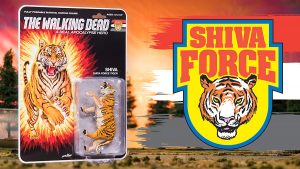