Snake Plissken Escapes From the 80s 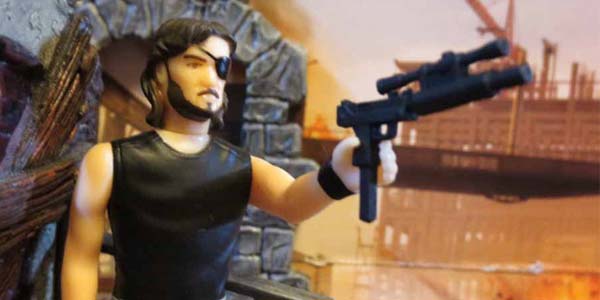 The Escape From New York star gets a totally cool ReAction figure.

What I love most about Funko and Super7’s ReAction collection is how diverse the lineup is.  From cult TV shows to weird kid’s movies to hard R-rated movies, there seem to very few places these folks aren’t willing to go with their properties.  And this diversity extends past the modern potential for very cool action figures, into the same mindset that Kenner– the company who made the toys ReAction is aping the style of– had back in the day.  This is the company that first opted Aliens and Predators and Terminators into toys targeting kids… they did not give a shit!

In this respect, Snake Plissken, star of John Carpenter’s amazing Escape From New York, feels like one of the more authentic additions to the ReAction universe.  I’m actually a little surprised we never saw a vintage Kurt Russell figure from Kenner or one of their competitors, but the ReAction version certainly pegs the aesthetic perfectly.

Snake comes in two variants– with his brown leather jacket or his black tank top.  I opted for the tank top, my personal choice for his most iconic look, and he’s a totally fun figure.  Like all ReAction figures, Snake features five points of articulation, a cut neck, cut shoulders and cut hips.  The limited moving parts is intentional, and works well to convey the retro feel of the toy.  The sculpt itself is all new and quite nice… it was always funny to me how Kenner’s design team would keep their sculpts simple, but be sure to add details in random odd places, and the Funko and Super7 team is very keen on this quirk.  Yes, there’s virtually no folds or depth to Snake’s shirt or pants on this figure, but dammit if every clasp and bit of armor isn’t sculpted into his boots! 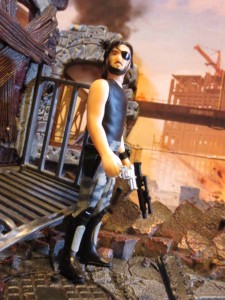 The Kurt Russell portrait is not spot-on, obviously (no Kenner figures were) but it’s very identifiable to anyone looking at the figure.  While painting Snake’s heavy 5 o’clock shadow into a full beard does seem like a Kenner thing to do, I do believe that if the ReAction figure had found a way to shade instead of paint, the likeness would have been much stronger.

Both versions of Snake come packing two guns (both taped to the walls of his blister bubble in truly old school fashion), and he can easily hold both the silver revolver and black submachine gun.  Aside from the figure and the two accessories, that’s all we get inside this awesomely designed Escape From New York blister card.  While this figure is totally cool to look at and tons of fun to play with, he once again does remind me how much I wish stands were included with these figures.  The limited articulation and slight top-heaviness of the ReAction aesthetic makes standing these guys a challenge for long periods of time, and a simple stand would go a long way in rectifying that for the ever increasing retro figure display.

For a toy in the ballpark of around $10, the ReAction figures still feel like a solid value, especially if you’re in to this old school aesthetic, and I think Snake Plissken is one of the best figures we’ve seen so far.  Not only is he a very well rendered figure, but this property feels like the perfect fit for not only ReAction, but the company Funko and Super7 are paying tribute to in the first place. 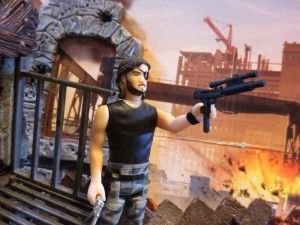 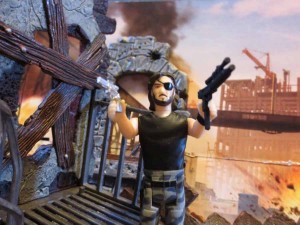 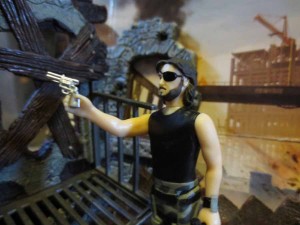 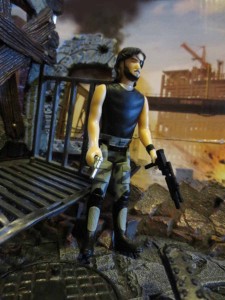 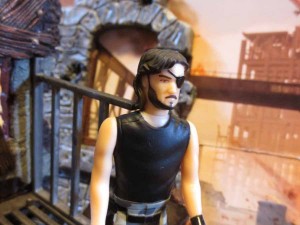 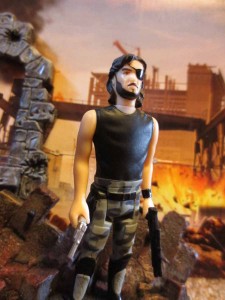 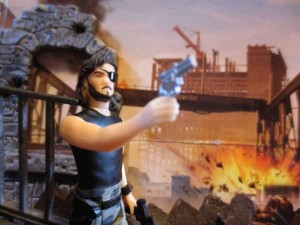 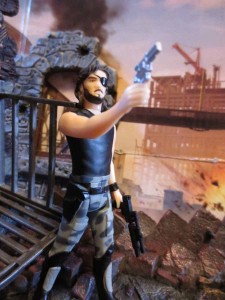 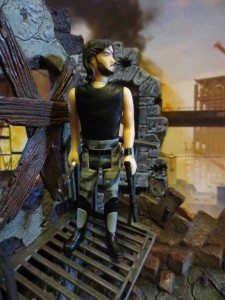 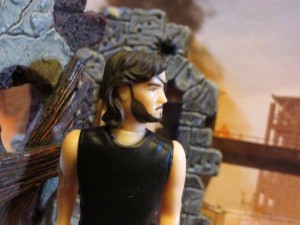 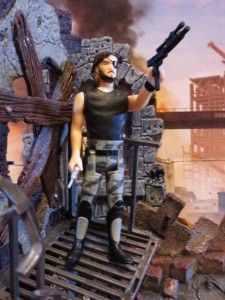 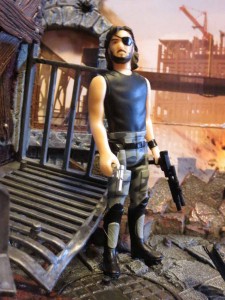 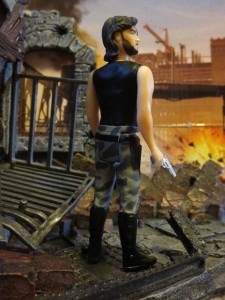 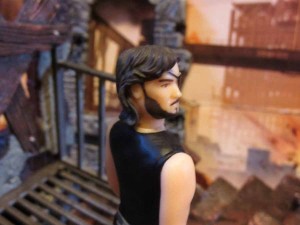 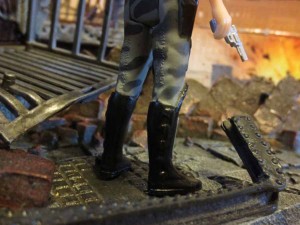 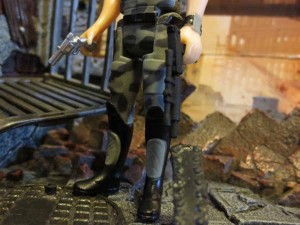 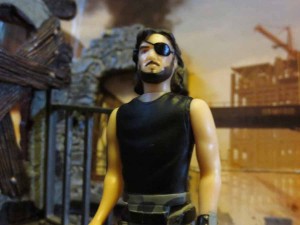