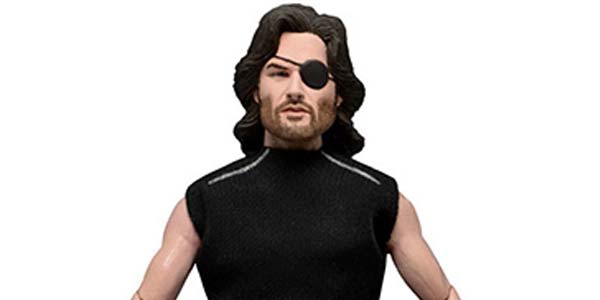 I love Escape From New York, and it’s high time Kurt Russell’s Snake Plissken has gotten some toy love.  This guy is one iconic movie tough guy, and John Carpenter’s movie is a total classic.  And he’s a cool looking character!  Snake has all the makings of a great collector oriented action figure, yet we haven’t seen any toys since the McFarlane Toys Movie Maniacs toy back in the 90s.

But 2014 is correcting this serious problem, with both Funko’s ReAction Snake, and now NECA’s new Mego-inspired retro doll.  Like the other NECA retro figures, Snake looks amazing, with a fantastic portrait of Russell and a very well-made, movie accurate costume.  I keep telling myself I’m not committing to any more retro toys, but everything NECA has been releasing is so damn good, it’s impossible to stay away.

Here’s some info on Snake, who’s slated to hit stores in November.

Based on the 1981 film Escape from New York, and featuring the likeness of actor Kurt Russell! This poseable 8″ figure is dressed in fabric clothing similar to the toy lines that helped define the licensed action figure market in the 1970s.

Snake is scheduled for a November release. 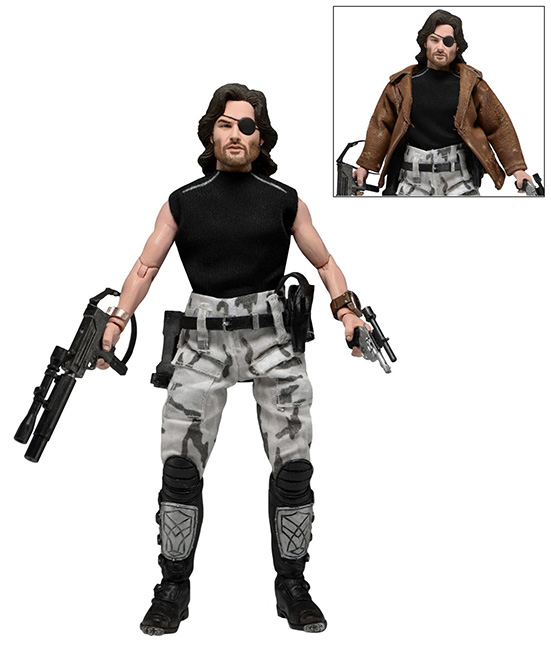