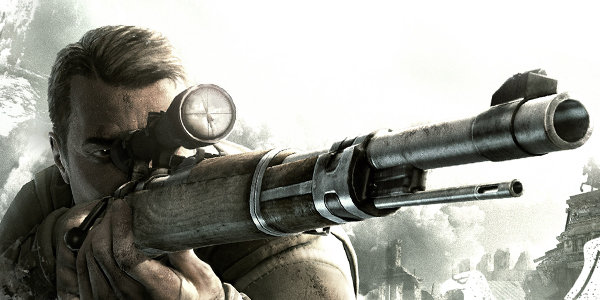 A trained sniper’s ability to rain death upon unknowing enemies from hundreds of yards away is pretty impressive and, in the world of video games, one of the more exhilarating aspects of military shooters.  Such is the central idea behind Rebellion Development’s Sniper Elite V2, a remake of the original Sniper Elite from 2005, which puts players in the shoes of OSS Officer Karl Fairburne during the final days of World War II. While the WWII angle has been admittedly played out, Sniper Elite V2 manages to keep things fresh with some slick new mechanics and an exciting, but brief, campaign based on the real-life Operation Paperclip initiative. 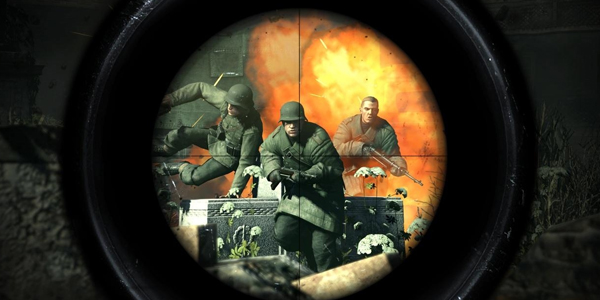 While this is technically a third-person game, players will find themselves looking down a scope through the bulk of their experience, patiently waiting for the right time to strike.  This is the first thing that firmly separates Sniper Elite V2 from other shooters on the market.  While Call of Duty and Battlefield are built around fast-paced action, grand set pieces, and huge body counts, this title caters to gamers who favor a strategic, tactical approach.  Instead of running down the streets with guns blazing, you’ll find yourself cautiously crouch-walking behind cover, wary of how much noise your footsteps are creating as it helps to remain in stealth and avoid detection until you are ready to deal with your foes from a distance.  Upon finding a suitable vantage point, you can set up trip mines at any entrance point to dispatch anyone trying to rush your position and begin surveying the area.  A keen eye can spot enemy snipers in the distance (assuming they haven’t revealed themselves already with a missed shot at you) by looking for a glint of light reflecting off their scope.  Once you find your target and train your scope on them, the real fun begins.  Depending on the difficulty you are playing on, a variety of realistic ballistics come into play – meaning you will need to account for things like bullet-drop and wind strength in addition to your own heart rate and breathing.  Not only that, but it’s a good idea (in noisier environments) to wait for the sound of a bomb exploding or something loud to cover up the sound of your rifle before shooting.  You eventually learn to compensate for wind and gravity, and the learning curve is fairly steep, but it’s extremely rewarding to make a shot connect – due primarily to the amazing x-ray feature present throughout the campaign. 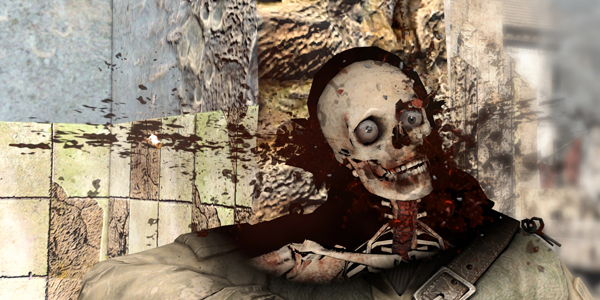 Once you squeeze the trigger and pull off a fatal shot, the camera dynamically swoops in and follows the bullet as it barrels towards its target.  Just before impact, time slows to a crawl and you are shown the skeletal structure and organs of your hapless foe along with the internal damage your bullet caused.  This grisly addition is definitely the selling feature of the title for me.  I must have seen this play out a hundred different ways (I’ve been treated to graphically pierced eyeballs, shattered teeth, ruptured stomachs…you name it) and it never got old.  At one point I was able to take a shot while two enemy soldiers were walking past each other, witnessing the slow-motion bullet tear through the first one and realistically tumble end-over-end out of the exit wound directly into the chest of the soldier behind him, killing them both.  The fact that so much detailed attention is paid to each viscera-destroying bullet makes every sniped kill feel like a mini-celebration. 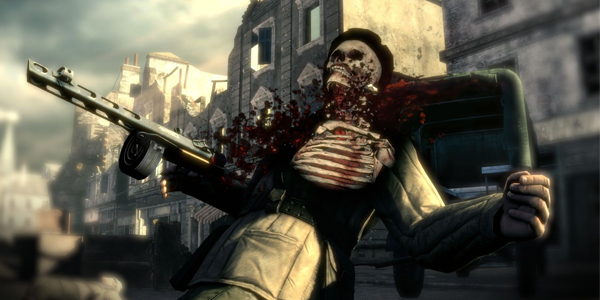 Unfortunately, there’s little to celebrate outside of the thrilling sniping mechanics.  While you are outfitted with an automatic rifle and silenced pistol for the minimal amount of close-range combat you’ll face, the areas that put you face-to-face with enemies are fairly tepid by comparison.  The narrative is actually pretty interesting but poorly presented – the story is told almost entirely via mission briefings featuring bland static shots and stock footage accompanied by a voiceover in between chapters.  With no cutscenes and virtually no dialogue during missions, it’s hard to really connect with the significance of the tasks you are carrying out.  Not only that, but navigating some areas you are deployed to is a bit of a chore thanks to a vague checkpoint nav system.  I found myself confused more than once regarding where I was supposed to go next, which isn’t helped by the fact that objects you can climb onto (which there are not many of) aren’t designated as such.  You won’t know if you can pull yourself up onto a ledge until you position yourself in front of it and get a button prompt.  The environments themselves often feel a bit repetitive and uniform as well, which only further hinders your progress if you find yourself lost on the way to your next objective. 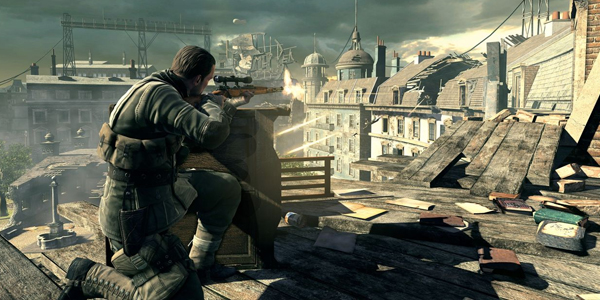 Ultimately though, the biggest downfall is the game’s short length.  On easy difficulty, the game can be beaten in an afternoon.  Hard difficulty extends the play time because of the increased challenge in staying alive and landing shots with the realistic ballistics in place, but the actual content of the game remains woefully meager. That said, the game is competitively priced at $49.99 for Xbox 360 and Playstation 3 and encourages repeat playthroughs to achieve higher ratings.  If you’re looking for an entertaining way to kill your weekend, you can do much worse than Sniper Elite V2 – even with all its flaws, it offers gameplay that’s stylistically different than many shooters on the market and, as shallow as it sounds, the brutal x-ray shots are totally worth the price of admission.