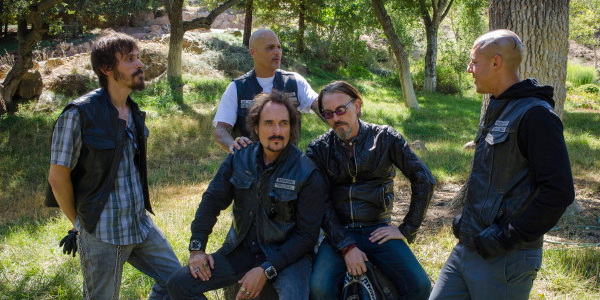 What will be Samcro’s next move after the club house explosion?

As Jax looks over whats left of the burnt out clubhouse he sits at what’s left of the chapel table blaming himself for all of it. Chibs hands Jax the gavel, and says we are going to finish this brother. The sheriff confronts Jax about the bombing and brings to light that everything since Jax has taken over and gone bad. Jax tries to assure him that they are trying to right the club. The IRA offer terms for Jax’s betrayal. Clay will now be running guns for the IRA in Northern California, and Jax is to make sure all their former customers are onboard with that.

Meanwhile Tara and Unser head to the hospital. Unser approaches Tara about helping her, she shares info with him about filing for divorce and filing for full custody of the kids. Wendy after hearing about the bomb checks on Tara. Tara tells her the boys are ok but keep getting close to Gemma to earn her trust. The DA offers a deal to Tara in return for her husband. Refusing the deal forces the DA to go “ghetto” and move the court date and prosecute the case herself.

Gemma meets Clay in the jailhouse and tells him to move forward with the deal with the IRA. She also asks him to help her clear Nero’s name in which he responds harshly and she tells him after she was forced to have sex with him again she figures he owes her one.

Meanwhile on their way north for a club meeting, the boys run into Eden Police who try to impound all of their bikes. Juice turns the tables and beats up one of the cops and the boys end up in a chase. Juice steals one of the cop motorcycles jumps from the bike into the van and causes the officers who now are in a vehicle with a third cop to crash into the stolen bike.

Jax opens the meeting with a speech about the fate of the club very riveting. Telling everyone he wants the club to move out of guns, and in order to do that they will have to make sacrifices for the greater good. Every Charter is on board with this. What we thought was Munson recruiting for a nomad club was misleading, he actually is recruiting for Samcro, and he tells Jax only reason he pulled the patch was he didn’t know how to help him at that time. The boys now four more stronger take a trip to the impound yard to get Juice’s Bike back. Finding the bike stripped and the bikes they were questioned on sitting in the lot. Jax has the officers they confronted earlier show up, and in one of the show’s best scenes makes them apologize to all his guys, and give Juice one of the bikes stolen.

We are only at the half way point in the season, so what is coming up is sure to keep you on the edge of your seats.