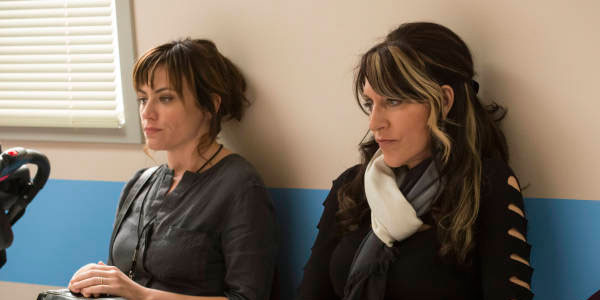 As promised, last night’s Sons of Anarchy was a game changer. A main cast member took the final ride last night, affecting the show for the rest of its run. We got a chance to talk to show runner Kurt Sutter about the loss and the future of SAMCRO; find out what he had to say inside.

If you have not seen last night episode of Sons of Anarchy, don’t go any further, the following has major spoilers.

Last night was one of the most emotional episodes of Sons of Anarchy to date. Opie, Jax’s oldest friend and partner in crime, sacrificed himself for Jax and the club.

We got a chance to talk to Kurt Sutter on about last night show in a teleconference about Jax as a leader, the show’s future, and of course Opie’s final moments. Sutter wanted to make sure that Opie went out as a “warrior”, and sacrificing himself for Jax and the club lead to a brutal blow to the head ending the character’s life.

While the timing of the death was a surprise, this is only the third episode of the season, the motives behind the action fit the character. Opie was really the heart of the show, for seasons we as viewers have seen him go through hell season after season and he still stand by Jax, and in his last stand he held strong to that part of his character. Sutter said that during the run of the show Ryan Hurst gave Opie much more depth, and he stopped writing for the character and was able to write for the actor playing the character.

Now the question comes what will Jax do now that the shoulder he has leaned on all his life is gone due to his own actions. “Events like this make you reevaluate who your friends are,” said Sutter. Through the whole series Jax has been juggling a lot of issues, and tonight they all came crashing down squarely on his shoulders. He has been the smart leader of the club always trying to see all the angles and for the most part he was almost untouchable until tonight when his choices lead to the death of his best friend. Sutter also added that “the death of Opie has a lot of emotional weight for him and will force him to make decisions and perhaps choices based a little more on emotion than on logic and reason.”

This episode will leave a mark on the MC and lead to “a changed Jax this year”. All these events are leading to the end of the show, and this is only the beginning in the long road to season seven.