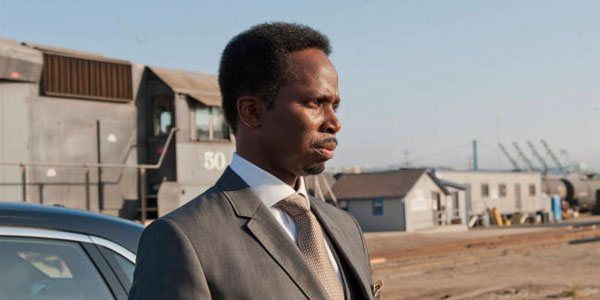 With great power comes great responsibility, a Spiderman line is fitting for this new season of Sons of Anarchy. Jax is in power, the One-niners are gunning for SAMCRO, and all the dirty deeds of the past may finally be catching up on the club.

The opening episode of Sons of Anarchy was full of action, but it also brought up two big questions for the rest of the season.

Who has the Power?

Clay has been showing signs of weakness since season one, and time has finally caught up with him. The shooting has left him as the new Piney, a rather ironic turn of evens considering he was the one who murdered his old friend last season. At least for the time being Clay’s life has value to the club because of the deal with the Irish/Cartel. The question of can a man who has betrayed everyone one in his life, and is too weak rise to power again in SAMCRO?

Jax also is struggling with the power that took at the end of last season. He choose to keep Clay around, and keep the MC in the gun/drugs business, but how long will that last? Can he straddle the line of club leader and dismantle all the dirty deeds that SAMCRO has been a part of over the years? It’s a question that he will face throughout the season, though he appears to be more like his real father, JT in the opening scene writing in his own journal to his sons.

One of the biggest changes in the show over the years has been Tara, and this season is no different for the doctor with the dark side. Tara is not only acting more like Gemma this season, but she is also starting to look like her. The ending to last season posed her and Jax in the same pose as young Gemma and JT. Is that foreshadowing the future for the Teller family?

How far will a father go?

That is the other major theme that will impact the show this season. We see the fathers who still have their children and those who have suffered a loss (Pope and Tig). How far will the characters go to protect their children, and how far will they go to punish those who hurt them, is something that may turn some stomachs if the first episode is any indication.