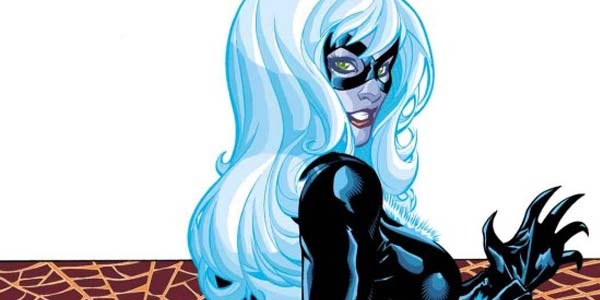 A new installment of Sony’s Spider-Man “shared universe” will be a female-fronted movie.

Part of me wants to just celebrate the news that one of the slew of upcoming Spider-Man spinoff movies will feature a female super hero.  No matter what the specifics, that’s great news– while many modern comic book movies (especially the Marvel Studios ones) have featured strong women, they’ve typically been supporting roles, and it’s time to get a female hero front and center.

But Sony’s Spider-Man franchise is such a mess right now, as the studio and horrible lizard person/ mastermind Avi Arad struggle to recover from the black eye that was Amazing Spider-Man 2, that this reveal seems more like a headline-grabber than a legitimate great idea.  Many of us have been clamoring for a female fronted comic book movie for a long time now, and this feels like Sony trying to deliver the cart before the horse.

In other words, I guess we should specify– we want to see a GOOD female fronted comic book movie.  That’s the part I’m not too confident Sony can deliver on.

Still, it’s some sort of progress (even if designed for all the wrong reasons), so I won’t blast it until we know more.  Like, which female hero it will feature, for example.  There’s quite a few candidates in Spidey’s history, but it seems that the short list boils down to Black Cat, Silver Sable, Firestar or Spider-Woman (although I’m pretty damn sure Jessica Jones’ rights rest with Marvel Studios).

Any of these characters could be fun for their own outing, if in the right hands.  The only set of hands attached so far are those belonging to writer Lisa Joy, with whom I’m not very familiar.  Not that it matters, necessarily– Marc Webb is a solid director, but the studio’s meddling left both his Amazing Spider-Man movies compromised.

So I guess we’ll just wait and see how this plays out.  As far as Spider-Man spin offs go, I guess there could be way worse ideas (including the upcoming Venom: Carnage).  But in the meantime we’ve got Sinister Six, which sounds like a terrible idea but has a supreme talent at the helm in Drew Goddard… I can’t say I’m really pushing for Sony in any of this, but I can certainly get behind both the guy who made Cabin in the Woods, as well as a female super hero feature.