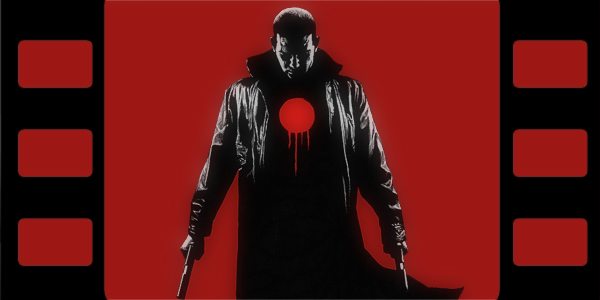 Following last month’s nine-figure deal with the Chinese film production group DMG, Valiant Entertainment has announced a partnership with Sony Pictures and Neal H Moritz, producer of the Fast & the Furious franchise, that will bring two of their award-winning superhero comic book series to the big screen.

Bloodshot is due to be the first to hit theaters in 2017, produced by Moritz, Toby Jaffe, and Valiant’s Dinesh Shamdasani, and with the team of David Leitch and Chad Stahleski directing.  Leitch and Stahleski hit the ground running with their 2014 directorial debut, John Wick, and are the perfect fit for the visceral, fast-paced combat and gunplay that the franchise is known for.  The screenplay, however, is being handled by Eric Heisserer (who wrote the 2011 prequel to The Thing) and Jeff Wadlow (the creative force behind Kick Ass 2, one of the most abysmal comic book films in recent memory).  While Wadlow’s involvement is worrying, the idea of seeing Bloodshot as a full-length feature is still impossibly cool and I’m confident that the directors will nail it stylistically.

For those unfamiliar with the comic series, Bloodshot is a character who’s been brought back from the brink of death through experimentation with nanotechnology by private security contractor Project Rising Spirit.  The procedure turned him into a nearly invulnerable super-soldier, possessing extraordinary strength and speed, the ability to rapidly heal and regenerate lost limbs, the power to change his appearance, and even the ability to remotely communicate and hack into machines — all thanks to the self-replicating, microscopic nannies pulsing through his bloodstream.  Unfortunately, the process also left him implanted with false memories to keep him submissive to his creators — a puppet left to carry out their dirty work.  Created over twenty years ago, the franchise has more than 100 issues under its belt and lifetime sales exceeding 7 million copies.  Following his 2012 reboot and the important role he played in The Valiant, the character’s most recent series, Bloodshot Reborn, launched earlier this month with writer Jeff Lemire and artist Mico Suayan at the helm.

A Harbinger film is set to follow shortly afterward.  The script will again be written be Eric Heisserer but the studio is remaining silent regarding any potential directors for the piece at this time.  The Harbinger series, of course, focuses on telekinetic teen, Peter Stanchek, and the struggle he and his team of renegade “psiots” encounter with Toyo Harada, an extremely powerful super-human, who uses his influence to shape the world to his ultimate design, regardless of the cost.  Both the Bloodshot and Harbinger films will each get respective sequels until ultimately culminating in a crossover movie based on the Harbinger Wars comic book mini-series in which Project Rising Spirit wages a secret war against Harada’s Harbinger Foundation.

Celebrating their 25th anniversary this year, Valiant remains one of the boldest and most successful comic publishing companies with over 81 million books sold and a library of over 2000 characters.  The company’s revival in 2012 kicked off a flawless launch of several AAA titles and the the momentum has only continued to grow since that time.  Their grounded, character-driven approach to storytelling could translate incredibly well to the big screen and I’m extremely eager to learn more about their upcoming plans.  With proper backing from Sony and smart advertising, this ambitious project could be absolutely huge and lead to more of the Valiant Universe making the leap from comic pages to theatre worldwide.  How amazing would an X-O Manowar film be? Or an Archer & Armstrong buddy-comedy?