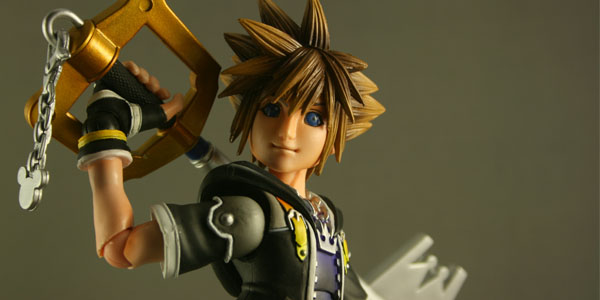 Fans have been waiting another Kingdom Hearts, but with no date in sight the new Play Arts Kai Sora will have to do.

One of the most fun games in the past 20 years has been Kingdom Hearts, mixing role play, action, and everything under the Disney sun. The wonder of the game is brought to life in the newest Play Arts Kai figure, Sora. The figure was released earlier in the year after a Christmas time delay, but he was well worth the wait. From head to toe Sora is nearly perfect, and proves what an action figure should be.

The detailing brings every zipper and strap from Sora’s Kingdom Hearts II look to three dimensions. The colors are darker for his updated look in the sequel. The figure comes with multiple hands allowing for a variety of posing. Unlike other figures of Sora in the past this one is able to replicate his moves from the game, making him him very realistic. The joints are tight, but they also snap apart when stress is put on them. He stand much taller than the Figma figures, so he does not fit with them. I wish I could battle Link and Samus alongside Sora, but they look like Donald next to him.

The figure includes with his regular Key-Blade, stand, and a star. The Key-Blade is simple, but there is one issue– the chain on the end of plastic that looks weird on the end of the sword. If it was metal, it would fall better when posing the figure, but because it is one molded piece it does not sit right.

This figure does take the sting out of waiting for the next big Kingdom Hearts game, but I still can’t wait to find out what worlds Sora, Donald, and Goofy will travel to soon. 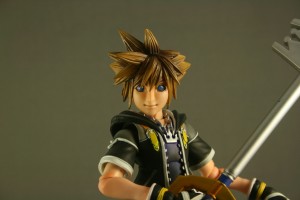 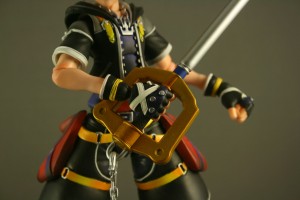 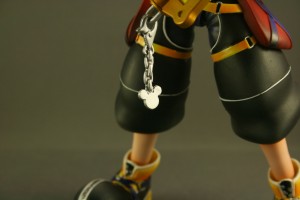 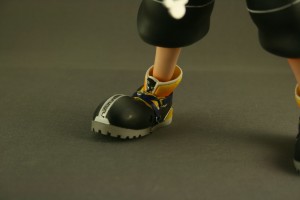 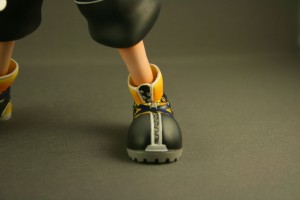 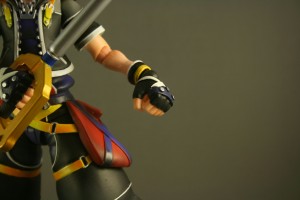 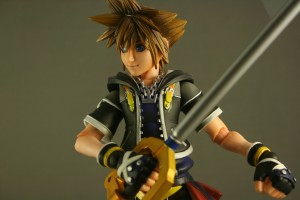 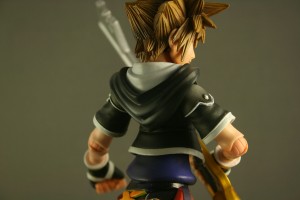 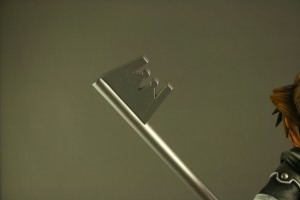 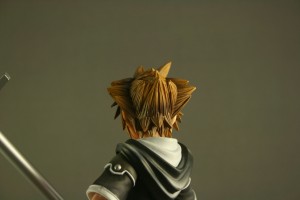 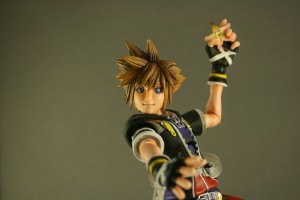 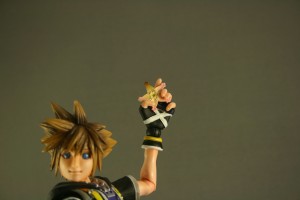 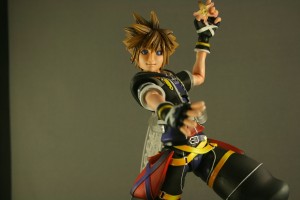 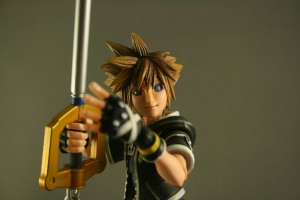 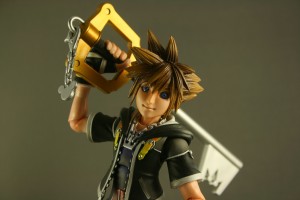 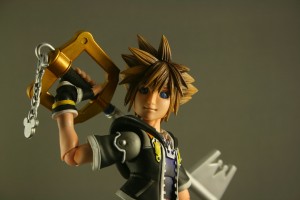