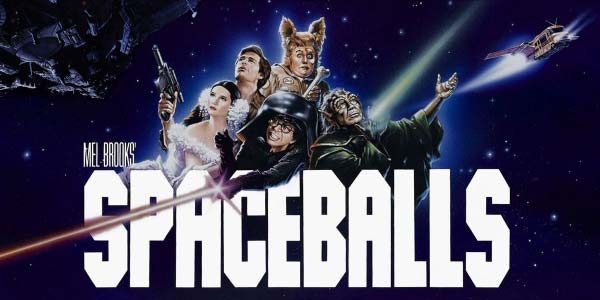 What was once a great line uttered by Mel Brook’s character Yogurt may now in fact be a reality. That is right Spaceballs 2: The Search for More Money is really close to being finalized!

With a new Star Wars movie/trilogy in the works, filmmaker Mel Brooks says he is actively working on the sequel to his iconic spoof Spaceballs! Filming is said to begin after the December 2015 release of Star Wars: The Force Awakens.

During a recent interview with Adam Carolla, Brooks stated that he would title the movie Spaceballs 2: The Search for More Money. Brooks also intends on bringing back as many of the original cast as possible. There is one BIG snag in that plan, and that is Rick Moranis. Moranis has all but retired from acting to take care of his family and Brooks has stated that he will not do the movie without Rick. Brooks has the helmet in storage and has it waiting for Moranis to accept, but in conversations he has stated he wants to remain retired.

Can Mel Brooks make this happen?? I so totally hope so. Spaceballs was masterfully done as far as spoof movies go; it will go down in history as one of the greatest!! So in the words of Lonestar, “May the Swartz be with you!!!”