The Spartans vs. Promethean Knight Lancer 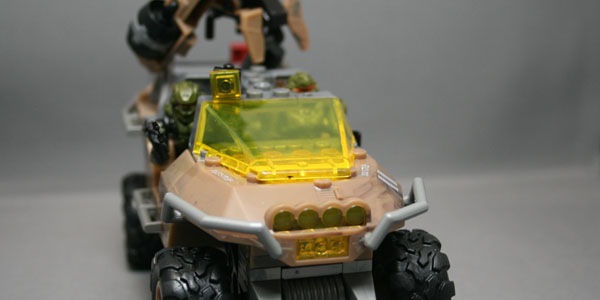 Halo fans have a Gausshog to build and battle a Promethean Knight Lancer thanks to Mega Bloks.

The set has one major build and 3 figures. The figures included are UNSC Troops: Spartan in Pathfinder green, Spartan in Warrior green, and a Promethean Knight Lancer. The two Spartans are pre-assembled, but the Lancer has to be assembled. 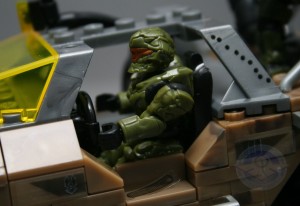 The major build of the set is it the Gausshog itself. The Night Ops version of the Gausshog sports desert camo colors and some lights and sound as well. The vehicle hood, with a light push, can make some action sounds as well as light up head lights. The front wheels can move up and down independently, so if you’re building a Halo display the Gausshog can adjust to rocky terrain. The Gausshog also has a moving gun turret on rear of the vehicle, with room for one Spartan. Each of the Spartans can take action on the vehicle in various locations; the gun turret, the seats, climbing on the tailgate, or on the front line fighting the Lancer.

The instructions for the set were easy to read clear where each piece connects, though some of the colors can be difficult to differentiate so lay out all your parts and separate by colors. The build is very sturdy, with the exception of the seats, they tend to pop up when placing the Spartans in the front of the vehicle, but they click right back into place.

Overall this is a very solid set giving Halo fans a few more Spartans to build their armies and a fun vehicle as well. 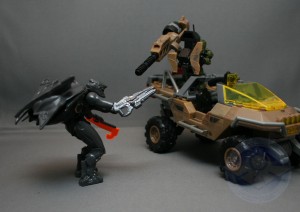 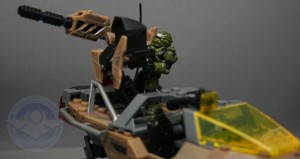 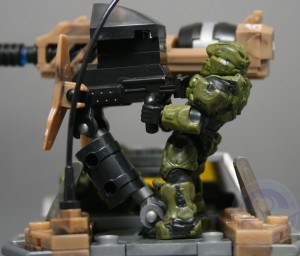 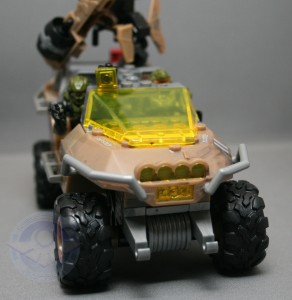 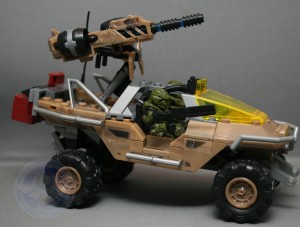 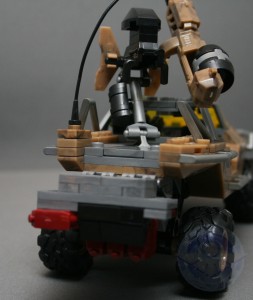 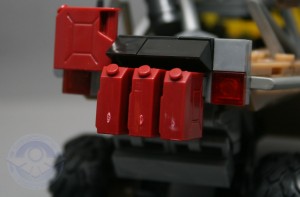 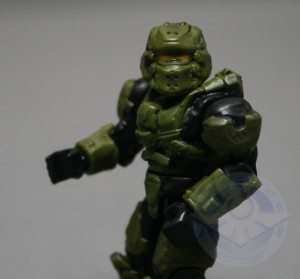 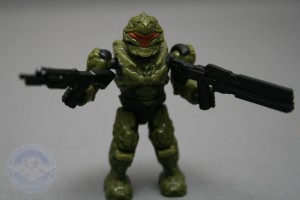 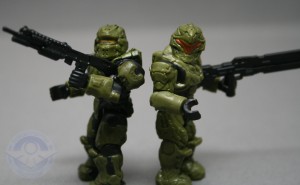 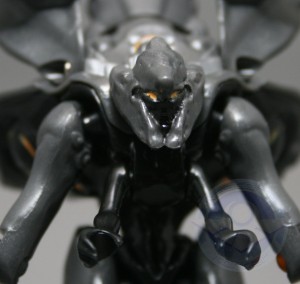 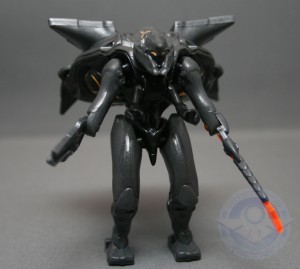 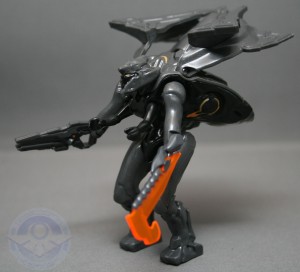 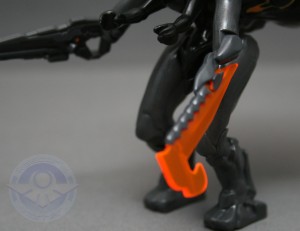 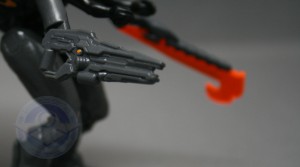 Thanks to Mega Bloks for this set for review