Spawn: Rebirth Brings Us Right Back To 1999 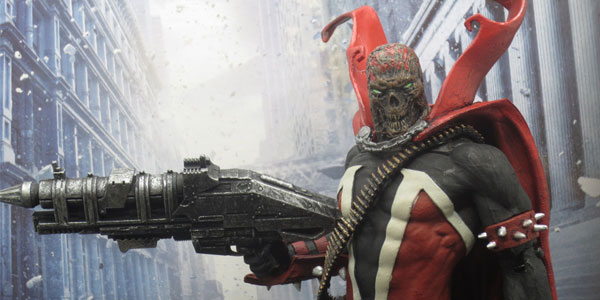 McFarlane resurrects his most iconic creation– in a format sure to be familiar to anyone who lived through the first ‘McStatue’ Era– as the latest addition to the Color Tops collection.

I don’t think there’s any toy company quite as weird as McFarlane Toys. From their earliest days as a pet project of legendary illustrator Todd McFarlane, this company has switched gears and rebranded its overall style countless times. The end result of such frequent radical reinvention led McFarlane Toys to serve as a trendsetter for the action figure industry at large as often as it left them at a dead end waiting for the next re-envisioning.

One of the most controversial eras of McFarlane Toys took place in the late 90s and early oughts, as their highly popular Spawn toy line, along with other properties of the time like The Matrix and LOST, saw their figures focus exclusively on sculpting, at the expense of articulation.  McFarlane was producing some gorgeous items at the time, but it was hard to call these plastic statues “action figures” by any stretch of the imagination.

Times changed, due to the interest in super articulation born in Japan before expanding to America with toy lines such as Toy Biz’s Marvel Legends, and eventually McFarlane followed suit, adding smart articulation to their highly detailed sculpts for lines like Halo and The Walking Dead… while also dropping the scale of their toys from the industry standard 6 inches to 5 (because– again– McFarlane Toys is weird like that).  While The Walking Dead line continued to gain popularity, McFarlane attempted to reinvent again about two years ago, with their first building toys.  The brick-based minifigure and diorama format was fun, releasing some neat Walking Dead and Game of Thrones-themed sets, but ultimately that format didn’t connect in a major way at retail.  And rather than go back to the 5″, hyper articulated format, McFarlane reinvented AGAIN this year, going further back in their own design history for the Color Tops collection.

These new figures returned McFarlane’s toys to the 6″ scale, with a strong focus on sculpt and minimal attention to articulation.  Yup, the Color Tops are “McStatues 2.0.”  The line gets its name from the various colors that adorn the top of each figure’s box, a color coded system meant to make browsing through racks in the toy aisle easier.  It’s actually a smart decision, and one of the few truly original ideas in this series, which 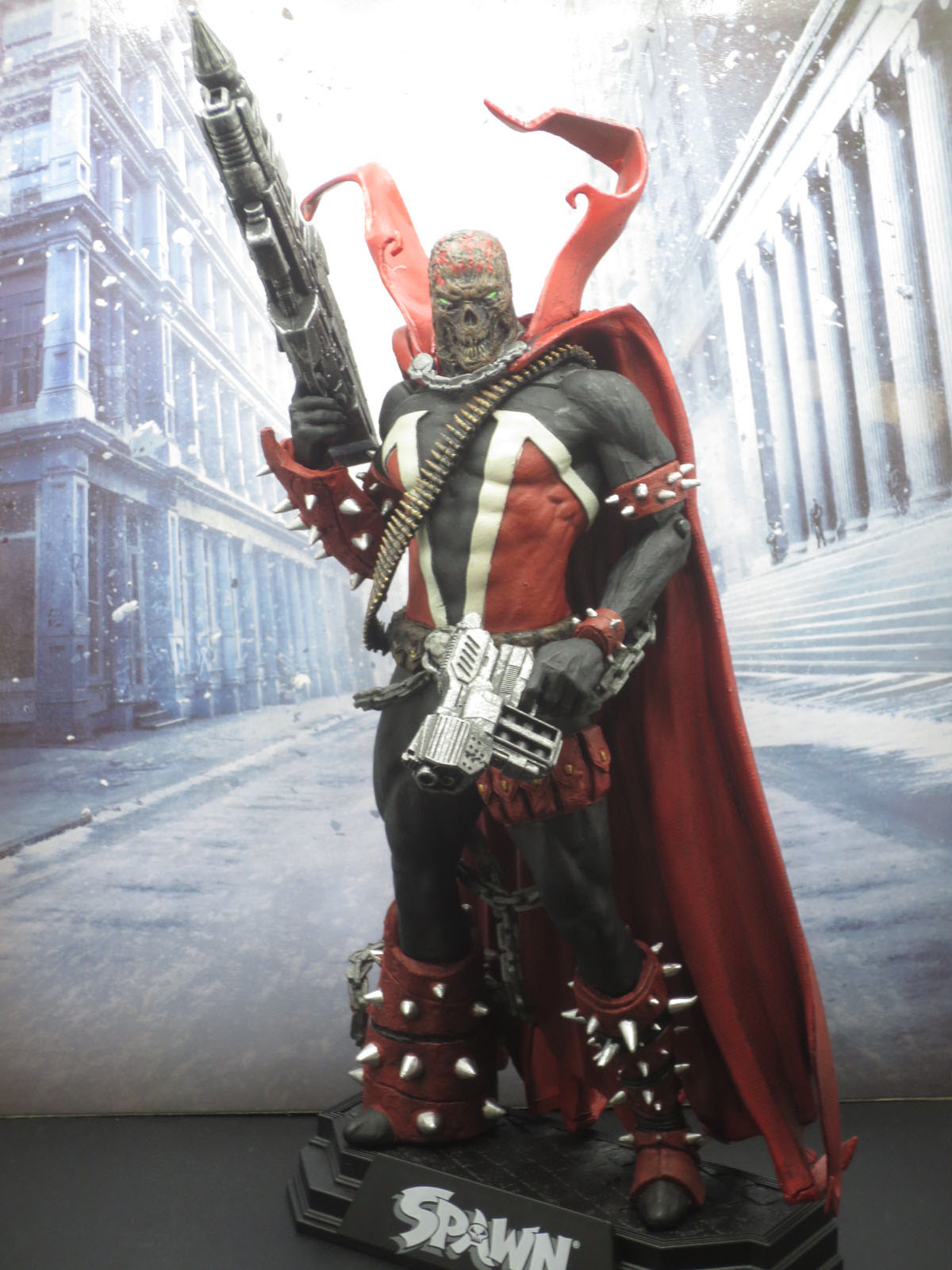 The articulation junkie in me has steered clear of the Color Tops until now. But when I saw the new Spawn Rebirth figure, I couldn’t resist.  This is the first original Spawn figure released in years, and his sculpt was, quite frankly, too good to ignore.  If McFarlane Toys was going to return to the property that started it all– one of Todd’s own creations, no less– it had to be classic as hell, and Spawn Rebirth is just that, for better or worse.

Starting with the good, it’s hard to deny this figure is the quintessential Spawn.  He looks like a McFarlane illustration come to life.  From the proportions of the musculature, to the unwieldy and gigantic guns he’s packing, to the charred and desiccated flesh of Spawn’s unmasked face (a Toys R Us exclusive variant, listed in their system by the nostalgia-inducing title of “Hamburger Head”), this figure perfectly encapsulates everything that made this character so appealing in his 90s comic book heyday.

And yea, I get that so much of this design– the aforementioned guns… the asymmetrical gauntlets filled with even MORE asymmetrical spikes… all the POUCHES– feels completely dated in 2016, but that aesthetic discrepancy feels genuinely charming in terms of this figure.  Maybe it’s that I ignored the Color Tops until now.  Maybe it’s the half-decade span since the last time I’ve seen a Spawn toy at retail.  But this guy simply combines perfect rendering of source material with an unapologetic attempt to jam mid-90s comics into the era of nostalgia.

So I’m sold on the design. A hundred percent.  I’m less into the limited articulation, as I was never a big fan of non-articulated toys.  At least Spawn Rebirth gets a few joints; he sports a swivel neck, wrists, and calves, as well as ratchet hinges at both elbows.  It’s certainly not a lot of articulation, but it allows for a bit of variance in the pose of the figure.  I managed to get at least a couple of distinct poses, although all were some variation of the “Spawn poses with two big honkin’ guns” variety.

I like that despite the figure’s largely static stance, he does incorporate rubber for the cape and chains, allowing them to drape and flow naturally against his form.  And the paint used on this figure is solid, with a matte finish to the reds, blacks, and whites of Spawn’s costume which are offset nicely by the shiny silver of his spikes, the weathered gunmetal of his weapons, and the grossly slick red viscera that emerges from beneath the burnt flesh on his head.  It’s a straightforward pallet, overall, but it’s empowered by the same confidence as the figure’s strangely retro aesthetic and engineering. 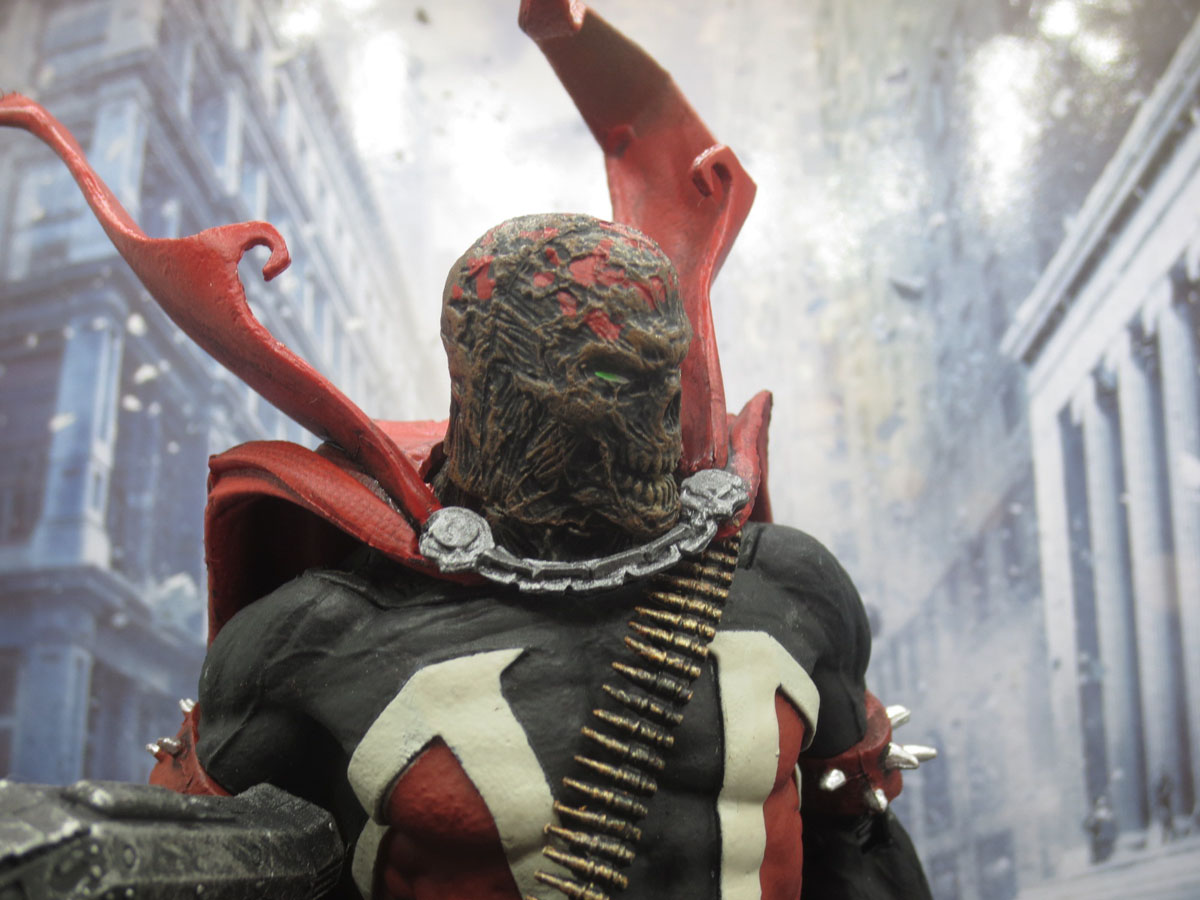 Spawn is available in two variants. The mass retail release sports a black and white costume, complete with his mask.  This version, a Toys R Us exclusive, adds the red to the chest of Spawn’s original outfit, and reveals his undead face with no mask.  Both figures are perfectly in line with the late 90s style, and everything that made Spawn, Spawn… but the original costume and that damn “hamburger head” made this version my choice, hands down.

In terms of modern action figures, Spawn Rebirth– and the Color Tops aesthetic overall– feels like a step backwards.  When we’re seeing Hasbro’s Marvel Legends average 22+ points of articulation per figure, Mezco masking their multitude of moving parts with expertly tailored fabric outfits, and companies like NECA and S.H. Figuarts presenting intricate and highly detailed sculpts without sacrificing their ample articulation, it’s hard to see McFarlane’s latest concept as much more than a retro throwback.

If you compare this guy– or any of the Color Tops, really– to statues on the market, they’re a downright steal at just $20 per release.  As action figures, though, their lack of articulation leaves them paling in comparison to most other modern collector-targeted action figures.

For a figure like Spawn Rebirth, the antiquated aesthetic certainly does tap into a sense of nostalgia, at least for me, and that makes this a very nice addition to my overall collection. This figure made me nostalgic for a time I shouldn’t be nostalgic for at this point, and I can’t help but feel like that’s worth pointing out. You win this round, McFarlane.

Look for both versions of the (Blue) Color Top Spawn Rebirth at Toys R Us stores now, or buy online HERE. 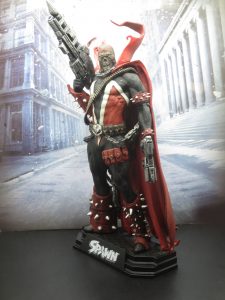 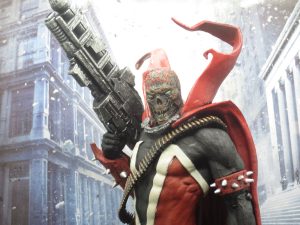 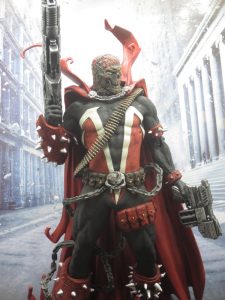 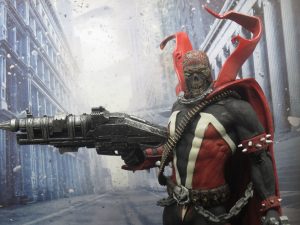 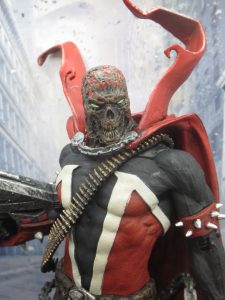 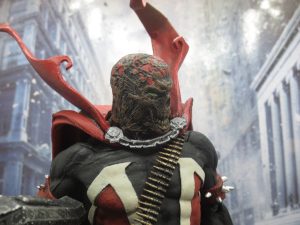 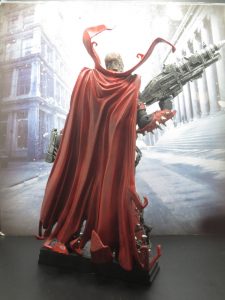 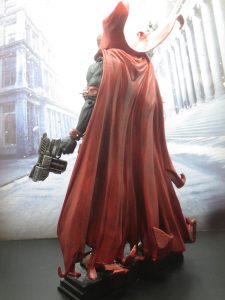 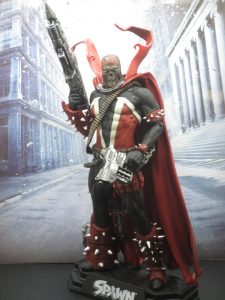 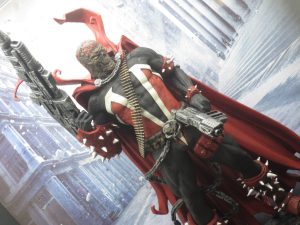 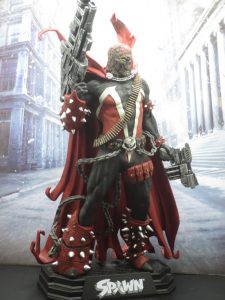 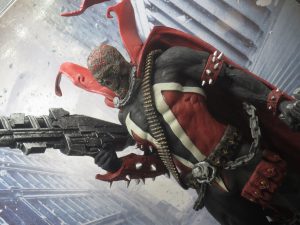 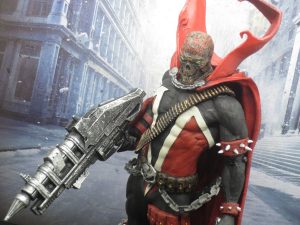 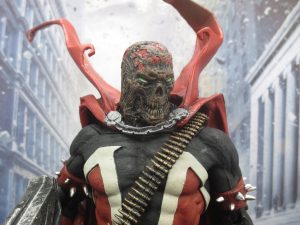 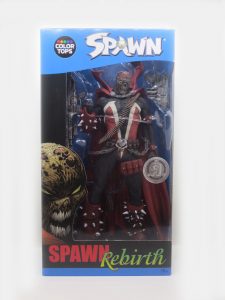 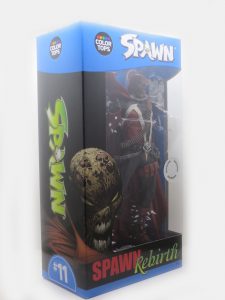 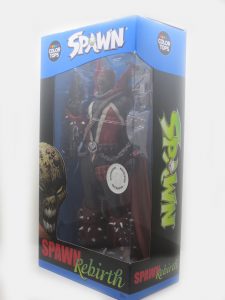 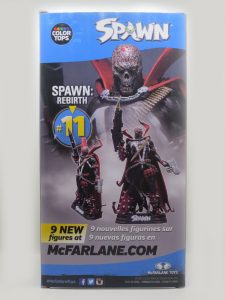