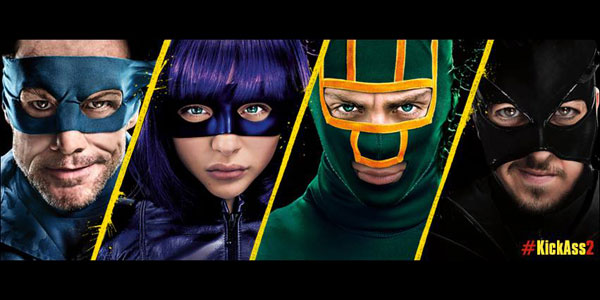 The Kick-Ass 2 panel went down today at Comic Con, showing off a brand new red band trailer, and NECA followed suit with some Kick-Ass news of their own– official press images of the upcoming second series of figures, which include some awesome accessories!

Kick-Ass 2 series two will include a new armored Kick-Ass, an unmasked Hit Girl and Jim Carrey’s Colonel Stars n Stripes, complete with his dog Eisenhower.  What these press shots also reveal, though, is the alternate heads included with the figures– Kick Ass gets an unmasked alternate Dave head, while Hit Girl includes a motorcycle helmet.  The good Colonel includes what appears to be a removable hood, offering two different looks to the hero.  I’m curious if [SPOILER The Colonel and Eisenhower’s heads will be interchangeable] but that would probably be going a little too far… even for this toy line.

I’m totally excited to check these figures out– I was super tempted to pick up the uncensored guys at Comic Con, but I wanted to be nice and leave those for you MOC collectors.  Still, expect some Series One reviews coming up super shortly, and Series Two as soon as they hit this Fall.  In the meantime, here’s the official press images for all three… enjoy! 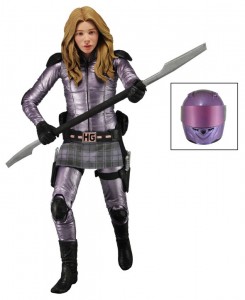 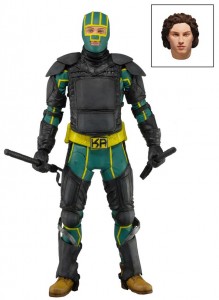 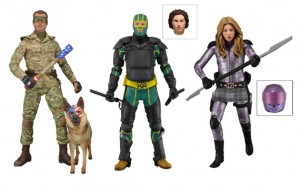 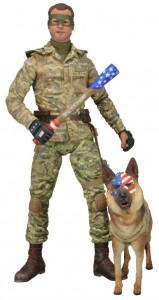 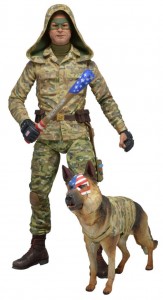