Shoot First and Ask Yourself Questions Later with Spec Ops: The Line

With a market oversaturated with mediocre military shooters, developers really have to offer something special to make their title stand out amongst a sea of mindless Call of Duty clones.  Spec Ops: The Line does just that, delivering an experience that focuses on the human condition instead of glorifying war and a narrative that puts the player in impossible situations and then rubs their face in the consequences.  A tight package all around, but the daring storytelling alone makes this one of the best titles to come out of the genre in years.

After a jarring intro sequence, we learn that Dubai has been decimated by a severe series of dust storms and, while politicians and the social elite had fled, millions were left behind and in need of aid.  Colonel John Konrad and his 33rd Battalion, who were returning home from Afghanistan when the storms hit, deserted their unit in order to provide relief to the stranded refugees.  When the storms intensified, however, a storm wall blocked off all communication in and out of Dubai and the 33rd had to declare martial law in an attempt to keep order while facing citizen uprisings and a lack of resources (renewable water is already an issue in Dubai and a crisis of this proportion certainly doesn’t help the situation).

Developed by Yager Development and published by 2K Games, Spec Ops: The Line is a third-person shooter that puts players in the shoes of Captain Martin Walker.  Walker, along with a two-man recon team, are deployed to the area to breach the storm wall on foot and search the outer fringes of Dubai (which is now largely buried) for signs of Konrad and the 33rd and then radio for extraction.  Once they touch down, it’s immediately clear that something is terrifyingly amiss beyond the storm’s physical devastation and, while no mere video game can truly convey the sobering horrors of war, this comes about as close as you can get. 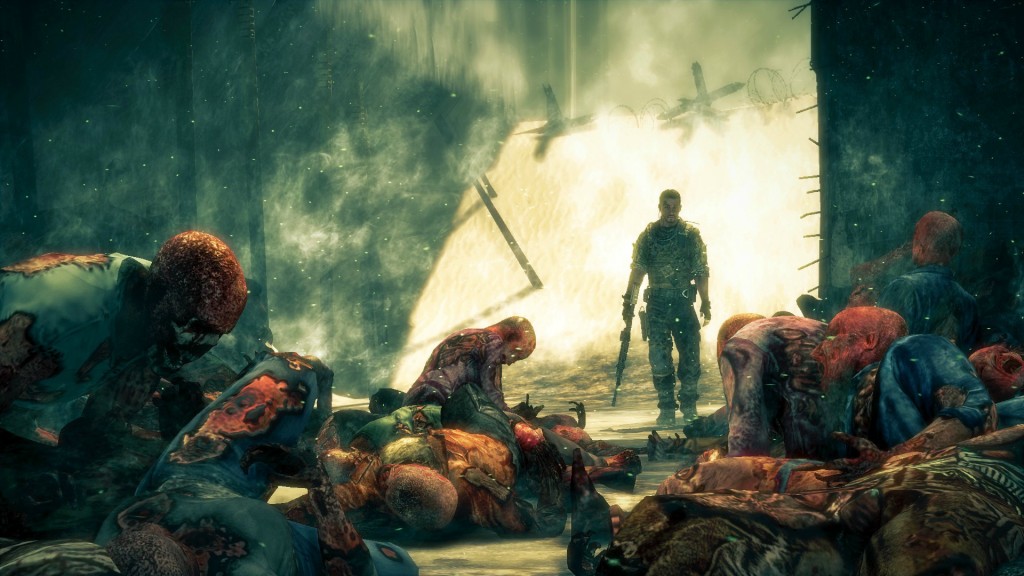 Luckily, aside from lead writer Walt Williams’ great story, the visuals and gameplay are equally unique.  When outdoors in the arid desert settings, the screen is washed out and tinted in warm tones that perfectly convey the intense heat and exhaustion that your character is experiencing.  Several times throughout your playthrough, a storm pocket will tear through the area and you’ll have to inch forward through the brutal winds and zero visibility all while defending yourself from a number of warring factions.  Outstanding and extremely realistic environmental effects further suck you into the believable world presented here.  Another thing to point out is that the developers clearly put a lot of thought into the locations that you travel through.  For a game that takes place entirely in the desert, you will find yourself exploring numerous hovels and buried structures each with a distinct look and feel.  I especially enjoyed the art direction in a destroyed Dubai nightclub adorned with an beautiful aquatic-themed blacklight mural.  These environments keep the desert backdrop from becoming stale and help to keep the game aesthetically engaging. 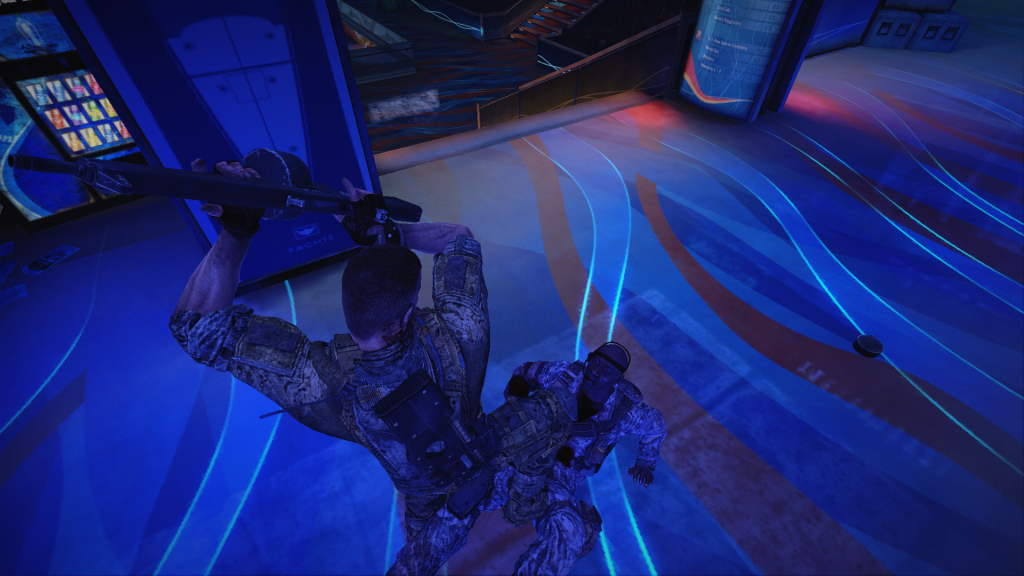 While squad and cover-based mechanics are certainly nothing new, Spec Ops: The Line handles both with finesse. Unlike the dozens of titles that I can easily rattle off, your AI teammates are actually helpful.  They will take cover when under fire, attempt to flank the enemy and, when you issue an order, they follow it.  Holding a shoulder button will bring up a special reticule that you can paint an enemy with to make them a priority target.  Once the order is issued to take them down, you can be sure that your men will comply.  While this mechanic works and will help you out when overwhelmed by enemies, you will still find that the game offers plenty of challenge with a few areas being downright frustrating as it feels like an entire army is descending on you.  Even so, the flow of the game is balanced and consistent, offering one ongoing narrative that unfolds as Walker experiences it.  I also really dug how the environment could be used as a weapon here.  Sure, lots of other games have included explosive barrels that can be shot or pillars that could be knocked onto unsuspecting foes – but remember, this title is set in a half-buried city.  Windows can be shot out and will implode inwards, giving way to the pressure of literally tons of sand outside, completely burying anyone nearby the entry point. 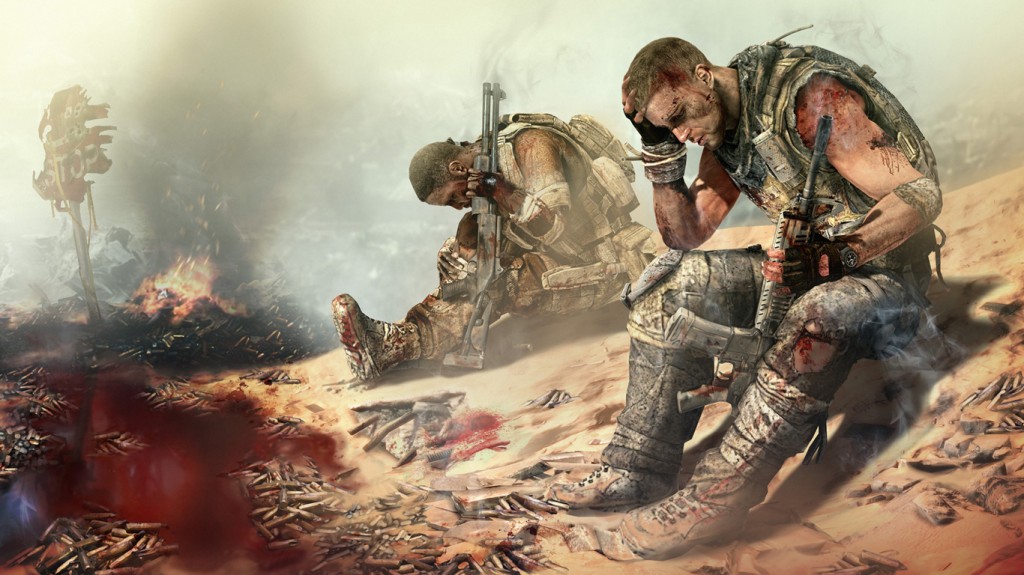 While I won’t spoil any story points (this is one that you really don’t want to read any spoilers for before you experience it for yourself), I will tell you that there are a number of moral choices that you are presented with. Although the story plays out in largely the same fashion regardless of your choices, they really do resonate with you during the ending climax, when you’re hit with the true weight of your situation.  There are four different endings you can see depending on how you handle yourself at this point of the game, and none of them are bright and cheery – nor should they be.  This is a story of a team trying to survive while pushing on through an increasingly horrible situation.  They’re unapologetically human and err as such.  We, the players, are taken along for a dark, twisted ride through the depths of a scarred psyche that will no doubt stick with you long after you finish it.  Spec Ops: The Line offers up a fast-paced and entertaining military shooter with brave writing that sets it apart from the crowd.