Spider-Girl Swings Into The Spider-Man Legends 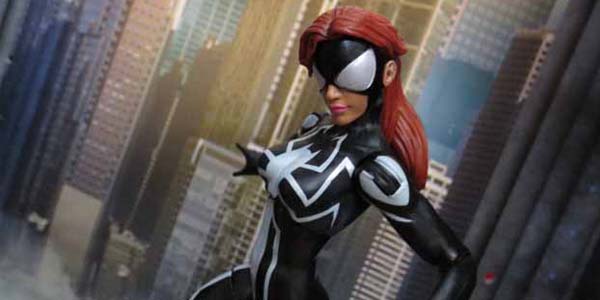 I’m just now catching up on the last few years of Spider-Man comics (thanks to the Marvel Unlimited subscription service), but even though I’m not super familiar with the new Spider-Girl, when I saw Anya Corazon in figure form, I wanted to pick her up regardless.

This figure is great, featuring the new female teen body originally intended for the postponed Jubilee figure, and it is another great new addition to the current roster of Marvel Legends bucks.  Anya actually has the proportions of a teenager, thanks to subtle details and proportions of the sculpt, which still allows for lots of useful articulation. 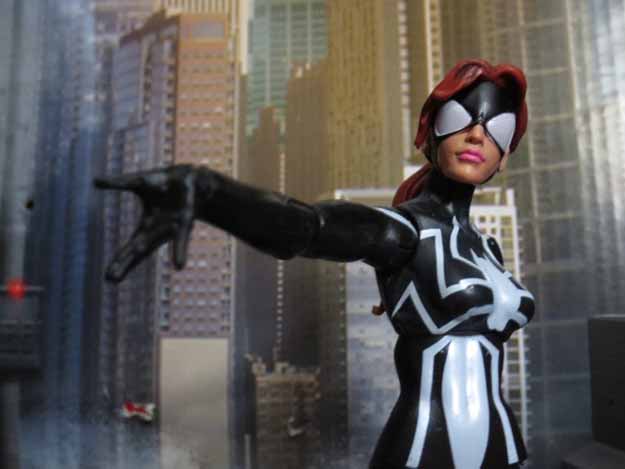 Spider-Girl’s all new portrait is great, from her slight smile to her well textured hair, which does nothing to inhibit the neck articulation nor leave the figure too top heavy.  Anya’s white spider insignia is her main paint app, but it is crisp, clear and totally eye catching.  This new hero looks great on her own, or displayed with the Superior Spider-Man figure, and she’s a welcome addition to the Legends collection.

Anya makes up the latter half of another swap figure, replacing Black Cat as the “Skyline Siren” figure in the second wave of Spidey Legends.  Not only does she make a great new Legend, but her newly designed body should be a big hit for customizers to create more teen heroes from the Marvel universe.  So if you see Spider-Girl, you should probably pick her up while you have the chance. 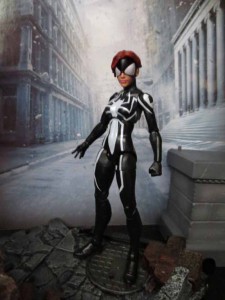 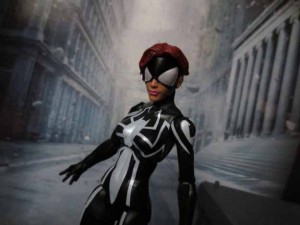 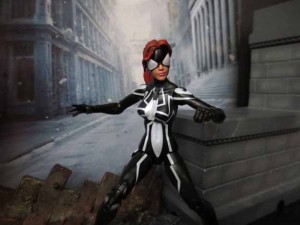 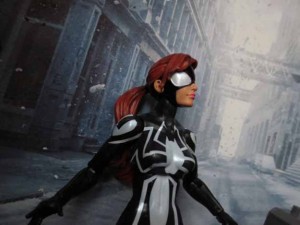 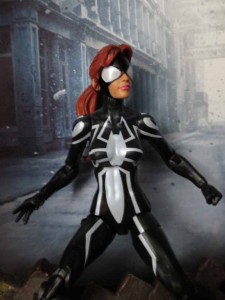 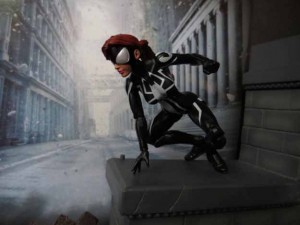 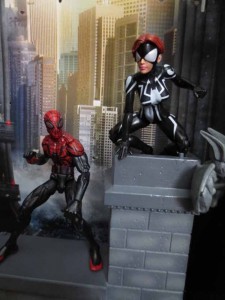 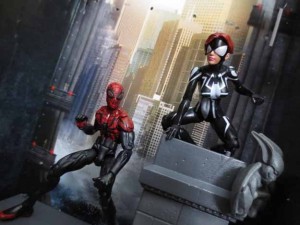 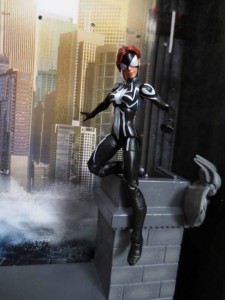 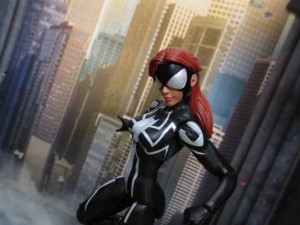 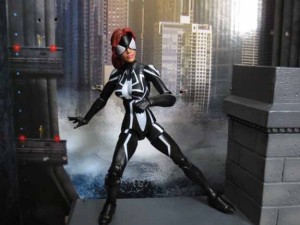 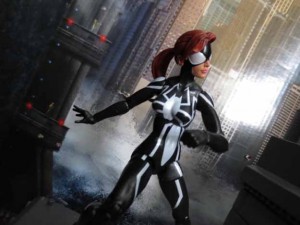 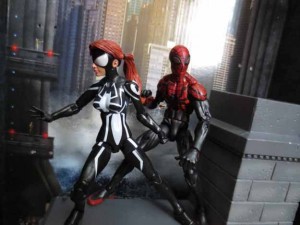 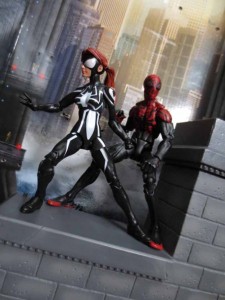 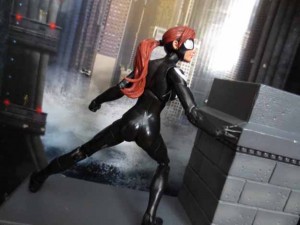 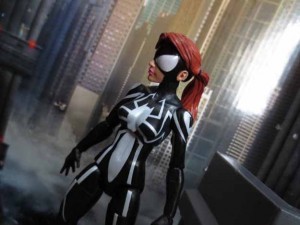 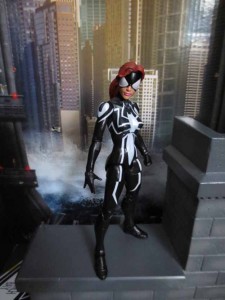 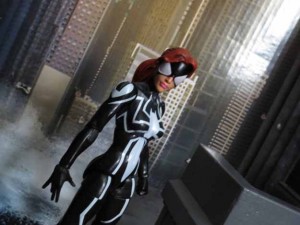 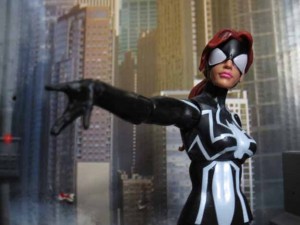