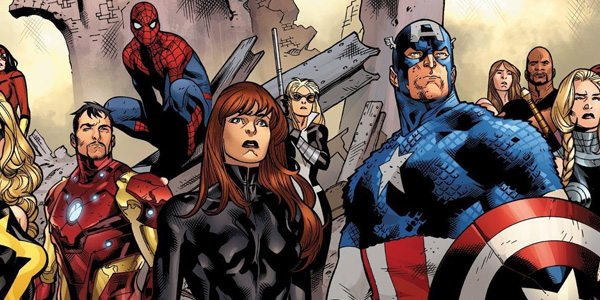 After lots of rumors and hope it looks like Spider-man will be joining the Avengers on the big screen soon.

Marvel Studio’s Kevin Feige spoke about bringing the Webhead in to the Marvel world,

“Marvel’s involvement will hopefully deliver the creative continuity and authenticity that fans demand from the MCU. I am equally excited for the opportunity to have Spider-Man appear in the MCU, something which both we at Marvel, and fans alike, have been looking forward to for years.”

They will be taking him in a new direction, which means Andrew Garfield is most likely out of the suit, but this will give more options as the veteran Avengers start to phase out of the films.

Now it is just the X-Men and Fantastic Four left to bring back to the fold. With the FF possibly being a bomb this year, the only thing left is for Fox to allow the mutants to play with the Avengers. Even if they don’t give them the whole stable, Wolverine and Prof. X would be a must for the upcoming Infinity War.

So are you ready for Spidey to trash talk with Iron Man or play pranks on Banner?