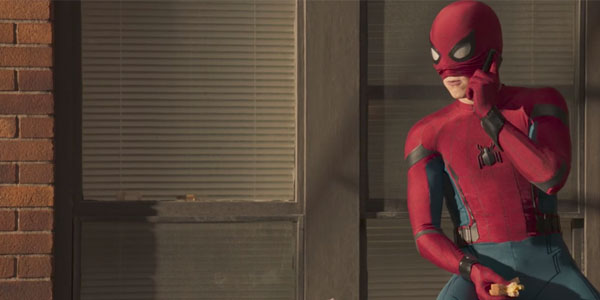 This is the Spider-man movie everyone has been waiting for, and will make you forget all that came before.

Everytime Spider-man comes to the big screen it seems like something is missing. There is always something off about each of the films, until now. I am going to try to keep things spoiler free, but there might be some tidbits here and there so read at your own risk. 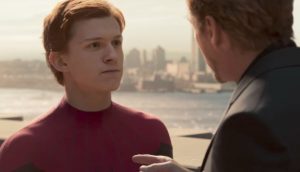 The MCU is ready to accept this new Spider-man and takes all the history of the character in both the 616 universe and the Ultimate world and mixes them together to bring the real essence of Peter Parker to the screen. First of all Tom Holland without a doubt embodies a teen Peter Parker. Like Downey, Evens, and Pratt, Holland is able to bring the energy and real world personality of the character to life. Gone is the depressed mopey Peter we have come to know, and here is a teen character who embraces his powers and just how cool it is to be a superhero. From the first moment of the film to the last, Holland grows as a character both in and out of the suit, something that the other versions never were able to do. 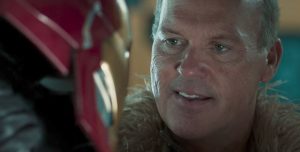 This is also the first time in a MCU film that a villain also grew and had more than one side. Villains like the Red Skull and and Ronin were just cookie cutter bad guys who wanted to take over the universe, Keaton as Adrian Toomes, AKA the Vulture, changes that. He just takes over every scene he is part of in the film, and makes you want to know more about him. Toomes, like Holland’s Peter, grows and changes throughout the film, making you want to know more about him, mainly because there is more too him that most of the other villains in the MCU. This version of the Vulture is everything that Norman Osborn should have been in the last two Spider-man series, and hopefully will have far reaching impact on future Spier-man villains. 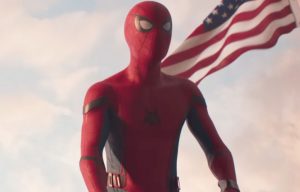 Now onto the supporting cast, which fans have been up in arms about since the casting. First off Marisa Tomei breathes new life into a frail character. Not since the first few issues if Ultimate Spider-man has May been such a pleasure to watch. She is everything she should be, but is not a weight around Peter’s neck. She is there when she needs to be, and is just what a boy that age needs when a father figure is lost.  Jacob Batalon also does an amazing job as the sidekick to Peter, taking on a name that many comic fans will recognize, Ned Leeds. It might be a nod to the classic villain or foreshadowing a possible turn down the line, regardless he is such a positive force in the film. Finally the big casting of Tony Revolori as Flash, a character who was the big dumb jock who picked on Peter in high school, but changed to an equal of Peter. I know, comic fans want characters to stay exactly the same as their comic book looks, but these characters were created in the early 60’s and the world was very different. It is not just about diversity, it is about creating a real world for theses super heroes to live in. Revolori’s Flash is not as physically imposing but causes enough pain for Peter through out the film that it works.

There is a lot more to talk about but the rest would lead to bigger spoilers. This Spider-man is as good as the first Iron Man and captures the essence of Spider-man. This is the hero we have all be waiting for, and will leave movie goers saying “Toby who?” was the credits roll.