Spider-Man May Join Marvel’s Cinematic Universe After All 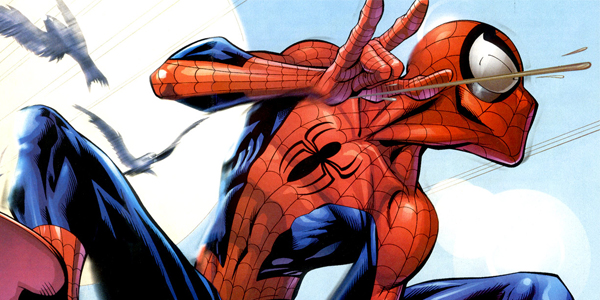 The latest rumors say the web slinger could surface in Avengers: Infinity War Part One.

It’s a safe bet that despite the Sony e-mail leaks last month and a genuine attempt to make it happen, Peter Parker will not appear in Captain America: Civil War.  But it appears that doesn’t mean the idea of Sony and Marvel Studios teaming up to bring Spider-Man to Marvel’s shared universe is dead.  The often-reliable Latino Review is reporting that Marvel and Sony have reached an agreement, and the plan at the moment is for Spidey to appear in Avengers: Infinity War Part One.

That’s good news, or progress at least, although for a merger this tricky, I don’t think it should be considered a done deal just yet.  There is a notoriously rocky history between Marvel’s Kevin Feige and Avi Arad, the Sony suit who’s been riding the Spidey train all the way down to Amazing Spider-Man 2‘s lousy box office this summer.  Will this be a case of fan service (and, let’s face it, all the money) winning out over bad blood?  One would hope, because this would be a LOT of fan service… and a LOT of money.

What lends me to believe we may still see this happen comes down to mostly two things.  One– Sony is clearly struggling with what to do with Spider-Man.  And they have to be aware that Marvel Studios, with their nearly flawless (and profitable) record, probably has a good idea of how to use him.  So it would make sense to outsource him for everyone’s benefit.

On Marvel’s side, while hits like Guardians of the Galaxy prove that they don’t necessarily NEED established a-list characters to be successful… it couldn’t hurt.  Word that Captain America, Thor and Iron-Man would be sitting out the first half of Infinity War have surfaced again in Latino Review’s report, and either way, these actors can’t stick around forever.  It would be a great segue if Marvel could shift the focus to another beloved a-lister like Spider-Man, as they potentially say goodbye to their previous heavy hitters.

I know one thing for absolute sure.  I’d love to see Spider-Man, as realized by Marvel Studios.  And it’s exciting that as things progress, it looks like this “no chance in hell” situation is evolving into something that might actually happen.