The New Spider-Man Legends Are Spectacular 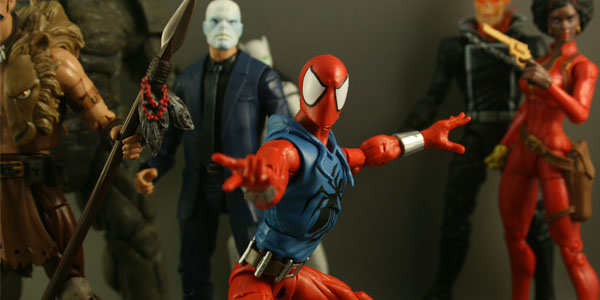 Spider-Man is that one guy, even in the ever-popular Marvel universe, whose popularity eclipses the need for media tie-ins, movies or any of the other pomp and circumstance usually required to make a toy line happen.  That’s a good thing, especially in light of the latest wave of Spider-Man Legends, which delivers a truly amazing lineup of characters, many new to the Legends collection. 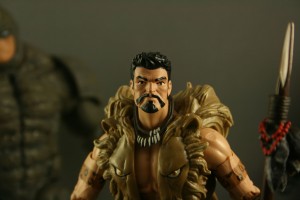 Unlike the Spidey-heavy first wave of the year, the new series of Legends only features one variant of the web slinger (well, technically it’s his clone).  The Scarlet Spider gets a much-needed update , serving as our Spider-Man surrogate in this wave, and featuring a drastically improved new sculpt.  Considering the last time we saw this costume was the Kaybee exclusive from Toy Biz’s Spider-Man Classics, I guess that’s not the most impressive feat, but the new Scarlet Spider is still pretty great.  Based on the new Spidey buck, Ben Reilly sports an all new torso, sculpted in the style of his cut off hoodie, and three sets of swappable hands– fists, web slinging hands, and crawling hands.  Smart overlays give Scarlet Spider a good sense of dimensionality, and his bold, primary color pallet makes him a very eye catching design, despite his inherent simplicity.

This latest wave also features no less than three (!!!) fellow street-level heroes, two of whom are brand new to the Marvel Legends collection.  White Tiger was a c-list hero, until he got a reboot, new identity, and a prominent role in both Daredevil and Spider-Man comics.  The current White Tiger makes smart use of the teen female base body, with an all new headsculpt, clawed hands, and, of course, her tiger amulet.  Every so often, Hasbro love to throw in a curveball, and perhaps the most surprising addition of 2015 is Misty Knight, the hero for hire with the robotic fist and the golden gun.  Misty makes for an awesome figure, with a great new portrait and a leg holster for her pistol.    It’s incredible to realize that Misty Knight is now a part of the Marvel Legends collection, but there ya go– welcome to the club!

Also included in this lineup is a welcome update of Ghost Rider. Johnny Blaze is now based on the AIM Soldier base, which suits him quite well.  The new headsculpt is fantastic, with a neck made entirely of sculpted flames, a semi-translucent skull and a hinged jaw which allow for lots of cool penance stare poses.  This is without a doubt the coolest Ghost Rider toy we’ve ever seen in the Legends collection…  I think the only thing that could have possibly made him better would be if Hasbro figured out a way to include his motorcycle in the box, as well. 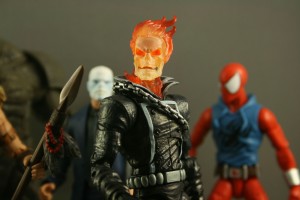 That’s quite a few heroes for a single wave of figures, but don’t worry– the bad guys are equally well represented in this set.  I can’t believe it’s taken us this long to see the Chameleon make his way to the Legends collection, but the villain was worth the wait.  Chameleon is based on the Agent Coulson body, cast in a blue suit with black shirt and tie, and he comes packing a variety of weaponry including a pistol, a machine gun, and a hi tech rifle.  Not only that, Chameleon also includes two swappable heads, to replicate his masking ability.  The bad guy can “morph” into either the gangster Hammerhead, or the Daily Bugle editor in chief J. Jonah Jameson… or the figure can double as either character you desire in the Legends collection!  It’s a totally cool extra feature which adds a lot of value to Chameleon, who would likely still be one of the wave’s most popular characters, regardless.

Joining Chameleon in this wave are a new update to Kraven the Hunter– whose new sculpt is big, imposing, highly detailed, and wonderfully streamlined– and Superior Venom, a figure based on the stint in which Superior Spider-Man was overcome by the notorious symbiote Venom.

Rounding out the latest wave is the Build-A-Figure, an all new sculpt of the Rhino.  The big, burly bad guy looks great, and his all new sculpt is massive– his suit is very nicely textured with a leathery finish covered in cracks, warts and sinewy muscles.  Allegedly, we will see this body reused for a new Abomination, and I can see it working very well.  Rhino is the latest BAF to also feature some cool alternate parts.  In addition to his classic maskless head– sculpted in the style of a truly manic scream– Rhino features an alternate head based on his more recent look, complete with a mask covering his eyes and nose.  To complete this alternate look, the figure also includes removable shoulder pads, which provide an extra-armored look which gives this guy a very unique look.

In short, the new Spider-Man Legends are really, really cool.  Looking at the overall lineup, we get four all-new characters– never before included in the Legends collection– as well as four character updates, all of whom feel completely justifiable.  Hasbro is really coming into their own with the Legends collection, and I’m excited to see yet another wave of Spidey figures on the horizon in early 2016.  If they’re half as great as the Rhino wave, there’s going to be a lot of very happy Marvel toy collectors this year, and next. 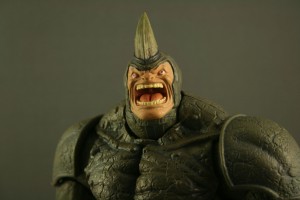 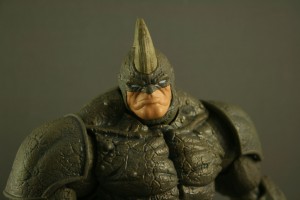 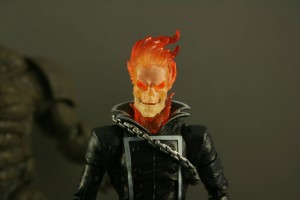 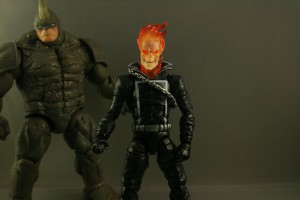 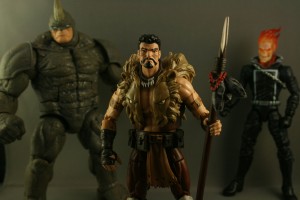 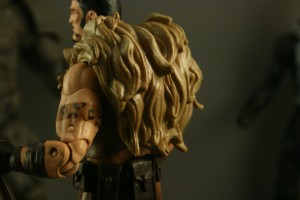 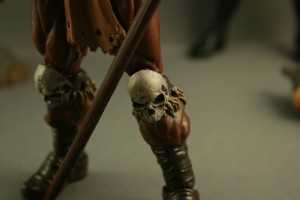 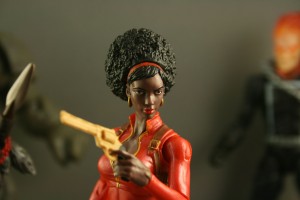 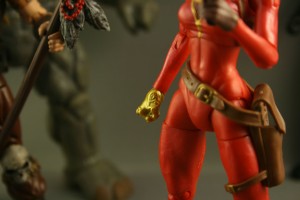 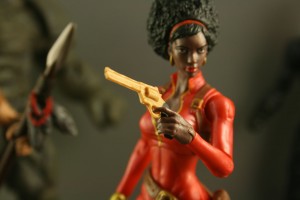 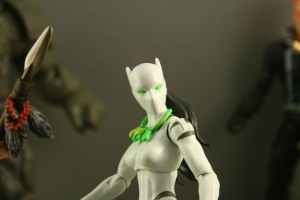 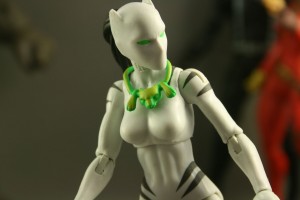 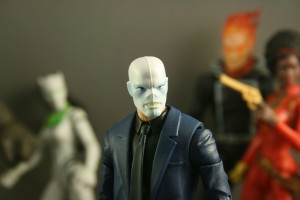 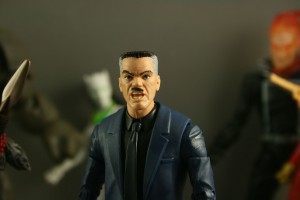 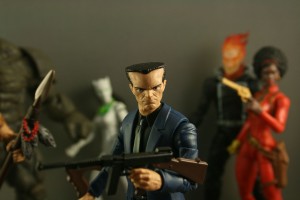 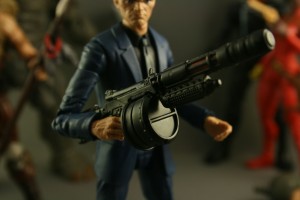 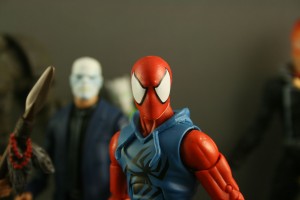 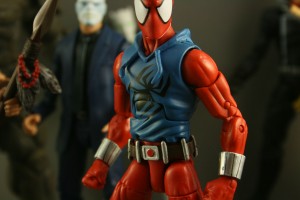 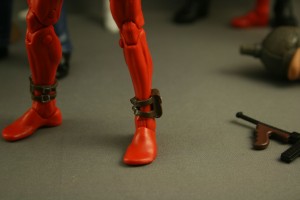 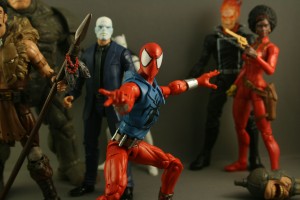 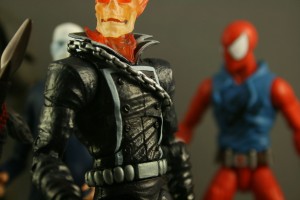 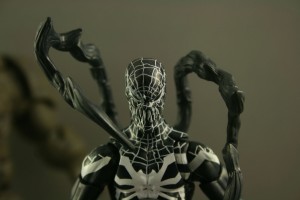 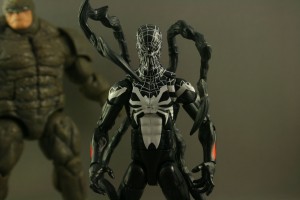 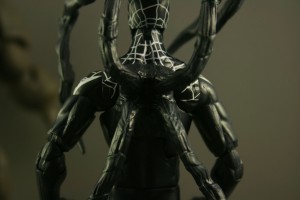 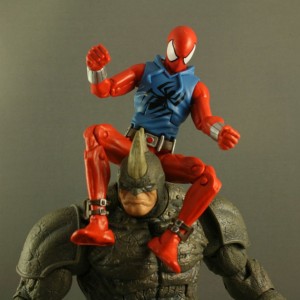