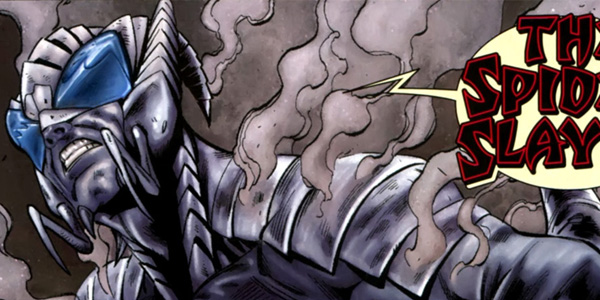 It was not part of the trailer, but today on Twitter director Marc Webb revealed that there is yet another villain in the Amazing Spider-man.

There have been rumors surrounding who B.J. Novak would be playing in the upcoming Spider-man sequel, and today on Twitter Webb gave more than a hint, he named the character. It looks like Novak will be playing Alistair Smythe, the character who is the son of the inventor of the Spider-Slayers.

In the comics Smythe took on the work of his father, creating not only Spider-man hunting machines, but also enhancing his own physical abilities. This news comes after the extend trailer last night during the Super Bowl. Many fans worry about the film becoming “crowded” with villains, but they have done a great job distancing themselves from the mess Raimi left the franchise in after Spider-man 3.