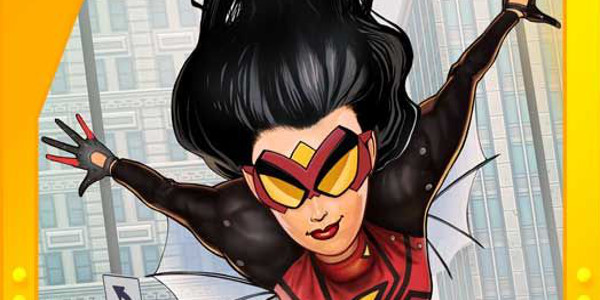 Is this the new superhero couture?

On Thursday, Marvel revealed the new costume for Spider-Woman. There’s been some discussion about the change, and being the opinionated guy I am, I had to jump on the bandwagon.

First off, I while I don’t hate this look, I don’t love it. I’ll admit it, I’m being that grumpy old comic collector that doesn’t want change. I find Spider-Woman’s costume classic and iconic don’t feel it needs to be changed. I’m not going to lie and come up with some lame excuse. I like what I like and what I like is Spider-Woman’s original costume. Got to give me points for owning it.

In this day and age of women being objectified, I understand the need for the change. When Spider-Woman was being drawn by Carmine Infantino, it’s a good look: 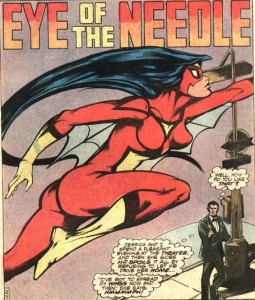 But in recent years, today’s artists, like Frank Cho, draw her costume like it’s been painted on (not to mention the “huge tracts of land”). 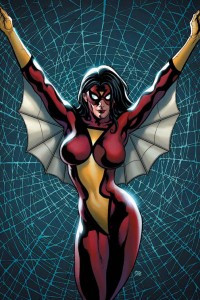 So I can understand why her costume’s been changed. But at the same time, Batgirl just changed her costume to something similar, so the timing seems too coincidental too me.

But the main factor that just really ticks me off about this new costume: it’s movie ready. Yup, you heard me. This is the type of costume you’d see on the big screen. Marvel has fooled themselves into thinking that movie ticket sales means comic sales. Marvel just keeps trying this trend, and it doesn’t work. If anything, it just ticks me off. But that’s a subject for another article.

One of the favorable factors of the new costume is it’s very practical. Go from streetwear to superhero by just zipping up isn’t a bad idea. But those sunglasses/mask have to go. Just really silly looking. Throwback to the 90’s. 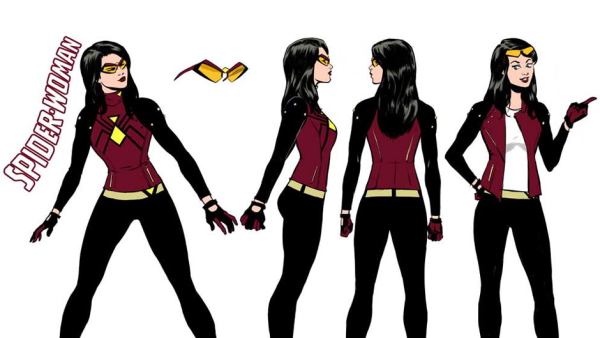 As I stated above, while I don’t hate this new look, I don’t really love it either.

The only real positive out of this, is that hack Greg Land is off the book.