New Spidey meets up with the rest of the gang…

With a real trailer for Captain America: Civil War just around the corner many fans are asking just what kind of Spider-man will be in the new Marvel Cinematic Universe.

Heroic Hollywood reports that Spider-Man will be somewhat of a myth to the Avengers, while he will have been active at his heroics for a little over a year when we meet him in the Captain America film. Captain America: Civil War comes to theaters May 6th 2016.

As we know Spider-Man is being rebooted, and director Jon Watts was rewarded with the director’s position. He informs us that Holland embodies everything they were looking for bring Spider-Man into the Marvel Cinematic Universe. And who would be a more qualified opinion of whether someone was fit to play Spider-Man than Stan Lee? Answer: Nobody 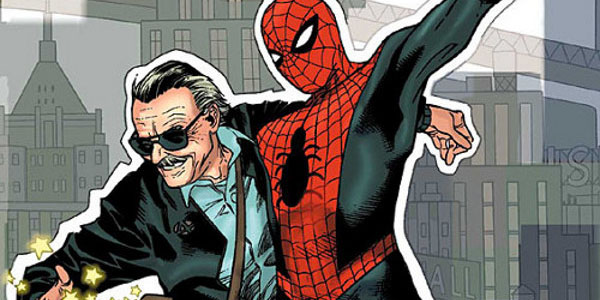 Stan Lee when asked by ET about the reboot commented, “I love the fact that there’s another movie. It’s great, it really is”. He goes on to talk about the 19 year old English actor set to take the role, “He’s good to me! I can’t see anything wrong with him…” and “I don’t know him intimately. In fact, I’ve never seen him [onscreen], but if [Marvel] picked him, I’m sure he’s good”. Lee wouldn’t just say something like this about Spider-Man without meaning… He understands how important Spider-Man is to the Marvel Universe stating, “He’s the big one. Spider-Man is the big gun. You show him everywhere around the world and people know who he is.” Heroic Hollywood also reports that the new film will take place approximately two years after Spider-Man began his heroics in New York City, just to give us a timeline for how the Marvel Universe aligns. The reboot is set to come into theaters on July 28th 2018.