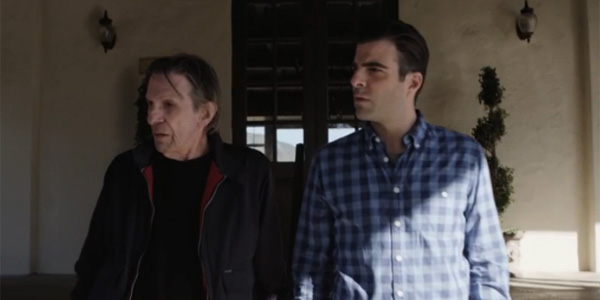 Oh man, what a fantastic ad!!

Audi has hired not one, but TWO Mr. Spock’s for their new commercial, which sees Leonard Nimoy and Zachary Quinto go head-to-head in a series of friendly challenges such as chess and Audi racing (are there any things better to do among friends?).

The Star Trek themed ad is full of some great, geeky nods, from the JJ Abrams lens flare across the windshield of Quinto’s ride, to Nimoy’s a cappella rendition of his campy classic song “The Ballad of Bilbo Baggins.”  And of course, Audi certainly earns some major nerd points by having old school Spock come out on top in the end.

Nothing beats Nimoy’s Wrath of Khan gag at the 2 minute mark.  Love it!!!