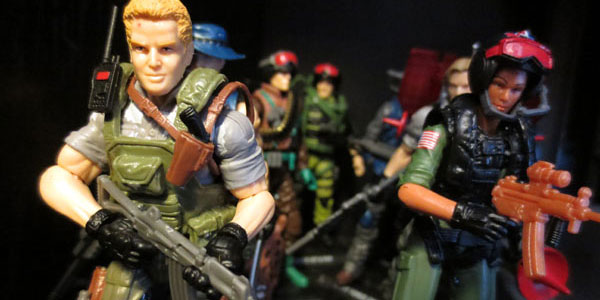 The on-site Joe Con two-pack adds to the Night Force team with two new figures that are kind of better than the box set.

It’s fairly expected these days that one of the GI Joe Club’s Convention exclusives will be some manner of figure two-pack, and this year’s set includes two new additions to the Night Force team– Chuckles and Freestyle.  With one new character and one dramatic improvement over a previous version of another, I have to say this set is quite impressive. 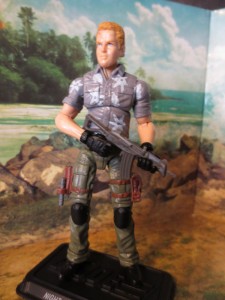 Chuckles was previously released in the modern/ 25th Anniversary series, in the Attack on Cobra Island box set.  While that figure was serviceable enough, this new Joe Club edition is an absolute step up for the Joe mainstay, and he’s a fantastic figure overall.  Using more contemporary parts makes this a realistic looking Chuckles, and he’s totally loaded with gear including a removable vest, pistol with silencer, rifle, walkie talkie, helmet and shoulder holster. Underneath the vest is the Joe’s ever-present Hawaiian shirt, and the combination of military gear with his goofy wardrobe is quite a smart design.

The other refreshing thing about Chuckles (and Freestyle for that matter) is how their colors perfectly read Night Force while also not backing them into that sub-team corner exclusively.  Under his gear, Chuckles sports, essentially, his classic colors… only slightly more muted.  This adds to the realism of the figure, in my mind, and plays to his quite cool gimmick– the patterns on his shirt glow in the dark!  It’s a fun little feature that totally fits the theme of the set, and I love it. 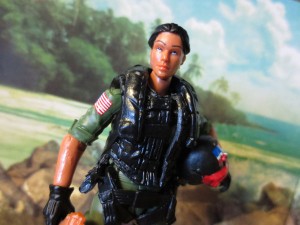 Freestyle is an entirely new creation, serving as the resident pilot on the Night Force team.  Her figure was clearly intended to be the driver for the Night Boomer plane exclusive, however that doesn’t mean the Club skimped on her design. The pilot is a mash-up of Lady Jaye and pilot Scarlett parts, in a nice, realistic army green and black deco. The result leaves Freestyle looking like one of the more real-world appropriate Joe figures, which is a nice change from the more fantastic creations in my opinion.

Both of these figures feature a great design, and they look very cool on their own, or mixed in with the rest of the Night Force team.  Between their smart use of parts, keen sense of style and ability to move beyond just a Night Force display, Chuckles and Freestyle are two of the biggest winners, among all the Joe Con exclusives this year. 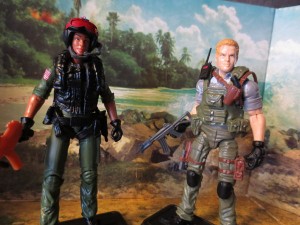 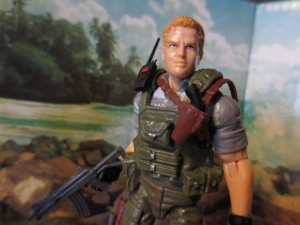 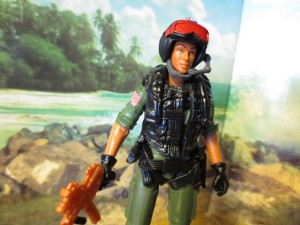 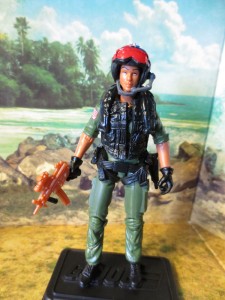 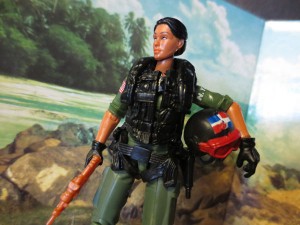 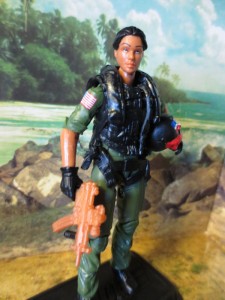 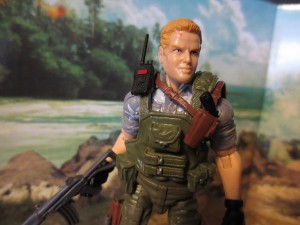 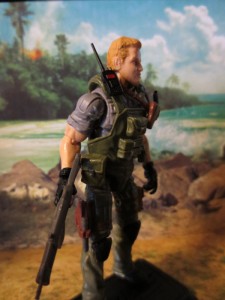 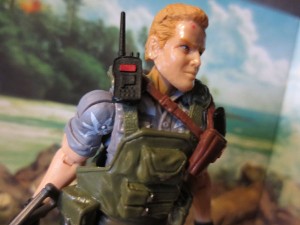 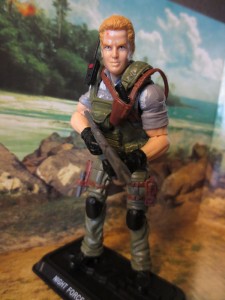 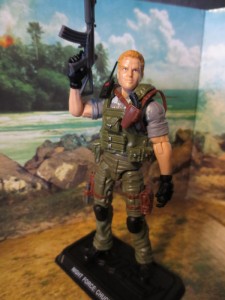 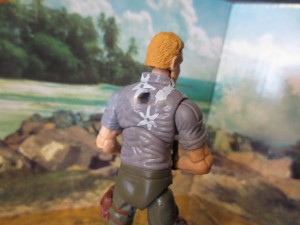 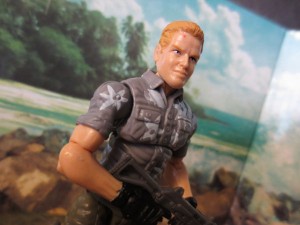 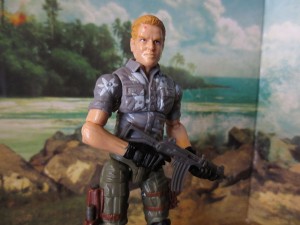 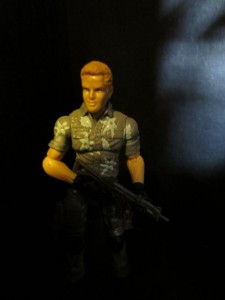 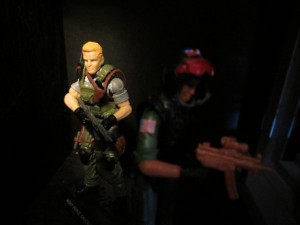 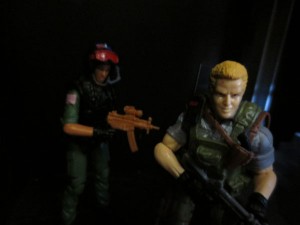 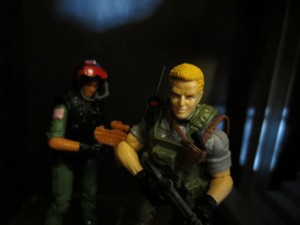 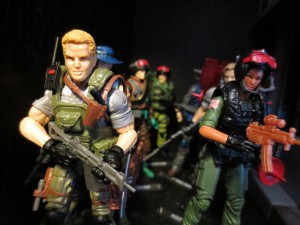