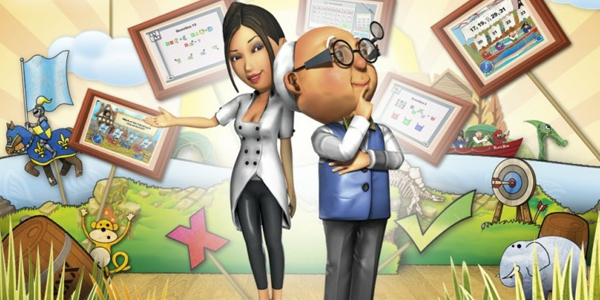 Even while hyping their upcoming blockbuster titles, Square Enix announced a new game today — American MENSA Academy, which will see release on July 27th for PC, followed by XBLA & PSN as well as Android and iOS.  While many details are still forthcoming and likely to surface during E3, the game is set to feature over 100 levels packed with questions from five different schools of thought derived from a collaboration between developer Barnstorm Games and MENSA members.  As you are rewarded with Mensa IQ scores at the end of your sessions, American Mensa Academy will no doubt suck you in and encourage daily test runs while you try to better your knowledge and outdo your prior scores, much like Dr. Kawashima’s excellent 2006 title, Brain Age.  Check out Square Enix’s official press release after the break

Los Angeles (May 30, 2012) – Square Enix, Inc., the publisher of SQUARE ENIX® interactive entertainment products in the Americas and Barnstorm Games, today announce American Mensa AcademyTM, a new brain training game that gives players’ minds the ultimate workout. American Mensa Academy will be available as an exclusively digital release in North America from July 27, 2012 for Windows PC®  platforms and in the near future for HD consoles, Android and iOS.

The game will be packed with a series of fun and stimulating mini-games and challenges, directly inspired by questions faced by those attempting to join Mensa, the renowned global high IQ society.

“American Mensa Academy brings something unique to the brain training game market,” stated Roger Cheung, Head of Acquisitions, Square Enix Europe. “We have teamed up with Barnstorm Games to bring this title, developed in cooperation with Mensa, to market in North America.  American Mensa Academy is the most credible game of its kind to date from the definitive experts in the field of measuring and fostering intelligence. The power of the mind is fascinating, the real challenge is how to best maximize its potential. American Mensa Academy tangibly tackles this in a user-friendly way, whilst providing hours of entertainment.”

“We are delighted to be teaming with Square Enix for the release of our American Mensa Academy title in North America,” stated Simon Jeffrey, CEO of Barnstorm Games.  “It was important for us to produce a product that exudes the quality of the Mensa brand, providing a vibrant and entertaining environment in which players can train, take the test and challenge their friends.”

Created in collaboration with American Mensa, American Mensa Academy offers players the ability to determine and improve their Mensa Score in Play, Coach and Test modes. Play mode challenges players to take on 100+ replayable levels in five disciplines— Math, Language, Logic, Memory, and Visual, packed with questions. For further training, players can use Coach mode to hone their abilities and assess their progress in key disciplines before taking their skills to the next level in taking the Test and discovering their Mensa Academy score; will all that brain training have paid off?

“We are very excited about the development and launch of the American Mensa Academy game.  Many of the puzzles and quizzes are similar to the questions and challenges presented on the actual Mensa Admissions Test.  What a great way to challenge yourself and your friends.” said Pamela L. Donahoo, CAE, executive director America Mensa Ltd.