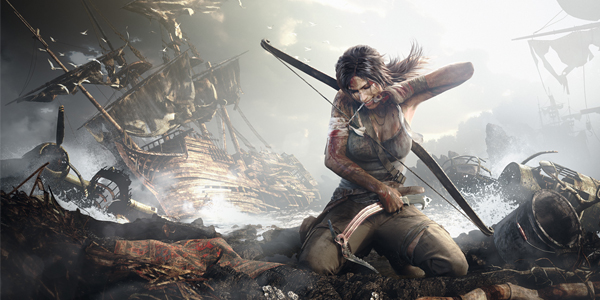 With a March 5, 2013 release date on the horizon, Square Enix’s Tomb Raider reboot has already stirred up its fair share of controversy — but regardless of how you feel about Lara Croft’s dark and gritty new origin story, you’ll have to admit that it looks pretty unbelievable.  Check out a handful of newly released Gamescom screenshots after the break and see if you don’t agree.

After Lara’s ship is torn apart by a violent storm early in the game, she finds herself washed ashore and stranded on an isolated island in the Devil’s Sea with some less than friendly mercenaries.  In the new screens, we can catch a glimpse of what looks like Lara discovering her bow (seemingly your main weapon in the game), hunting for food, stealthily eluding a group of hostiles.  Developer Crystal Dynamics is definitely going for a more realistic approach to the character this time around and the art direction present in what we see here really reflects that.  From everything we’ve been shown so far, the environments are varied and beautifully rendered, the action looks edge-of-your-seat intense, and the lighting effects are second to none.  Tomb Raider is shaping up to be one hell of an experience. 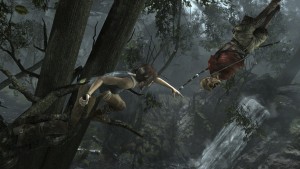 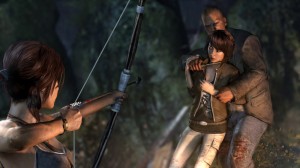 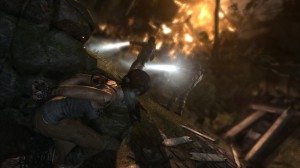 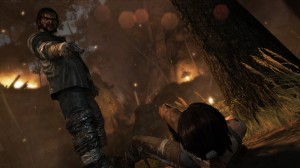 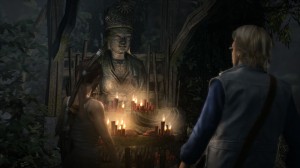 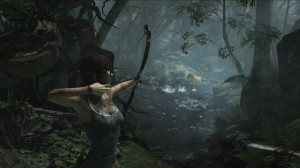 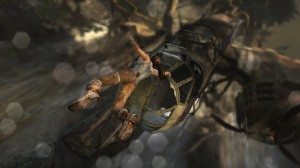 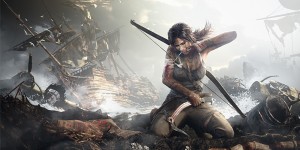