The Stage is Set For Civil War! 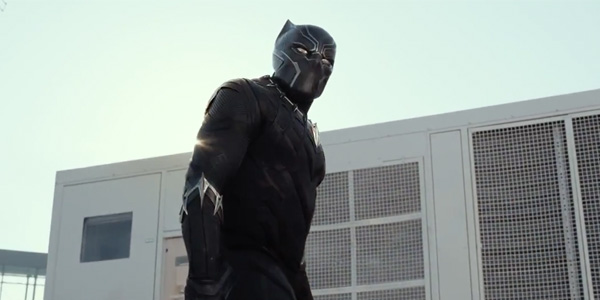 The first trailer for the upcoming Captain America: Civil War has arrived and is AMAZING!

So after watching it looks like Cap is getting his stuff repo’ed and Team Iron Man loses the airfield battle. The final fight scene in the trailer looked just stunning, I had to watch it over and over. I know next year will be all about DC starting the JLA, but honestly Marvel is king and this trailer proves it.

Marvel’s “Captain America: Civil War” finds Steve Rogers leading the newly formed team of Avengers in their continued efforts to safeguard humanity. But after another incident involving the Avengers results in collateral damage, political pressure mounts to install a system of accountability, headed by a governing body to oversee and direct the team. The new status quo fractures the Avengers, resulting in two camps—one led by Steve Rogers and his desire for the Avengers to remain free to defend humanity without government interference, and the other following Tony Stark’s surprising decision to support government oversight and accountability.

Anthony & Joe Russo are directing with Kevin Feige producing. Louis D’Esposito, Alan Fine, Victoria Alonso, Patricia Whitcher, Nate Moore and Stan Lee are the executive producers. The screenplay is by Christopher Markus & Stephen McFeely. Get ready to pick a side and join the nonstop action playing out on two fronts when Marvel’s “Captain America: Civil War” opens in U.S. theaters on May 6, 2016.