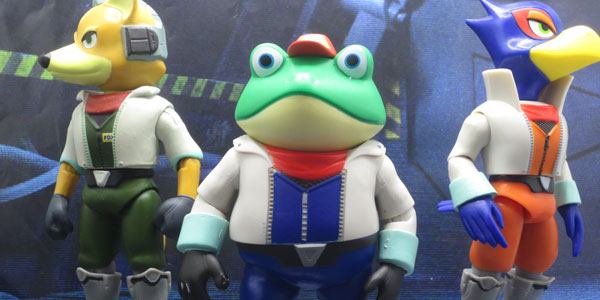 The World Of Nintendo toy line from Jakks is living up to its name, drawing from every corner of the video game universe, but one of the most fun sub-sets has been the figures based on the Star Fox series.  The anthropomorphic pilots began their run as action figures with Fox McCloud last year, but he has since been joined by Falco Lombardi and, most recently, Slippy Toad.

Slippy is another great addition to this set.  The shortest pilot on the team, Slippy is perfectly in scale with his teammates, and like them his design is based on arguably the most iconic game in the franchise, Star Fox 64.  Slippy’s grey flight jacket and armored boots compliment the similar outfits on Fox and Falco, while his blue jumpsuit and unique body shape help make Slippy a very unique entry into this series. 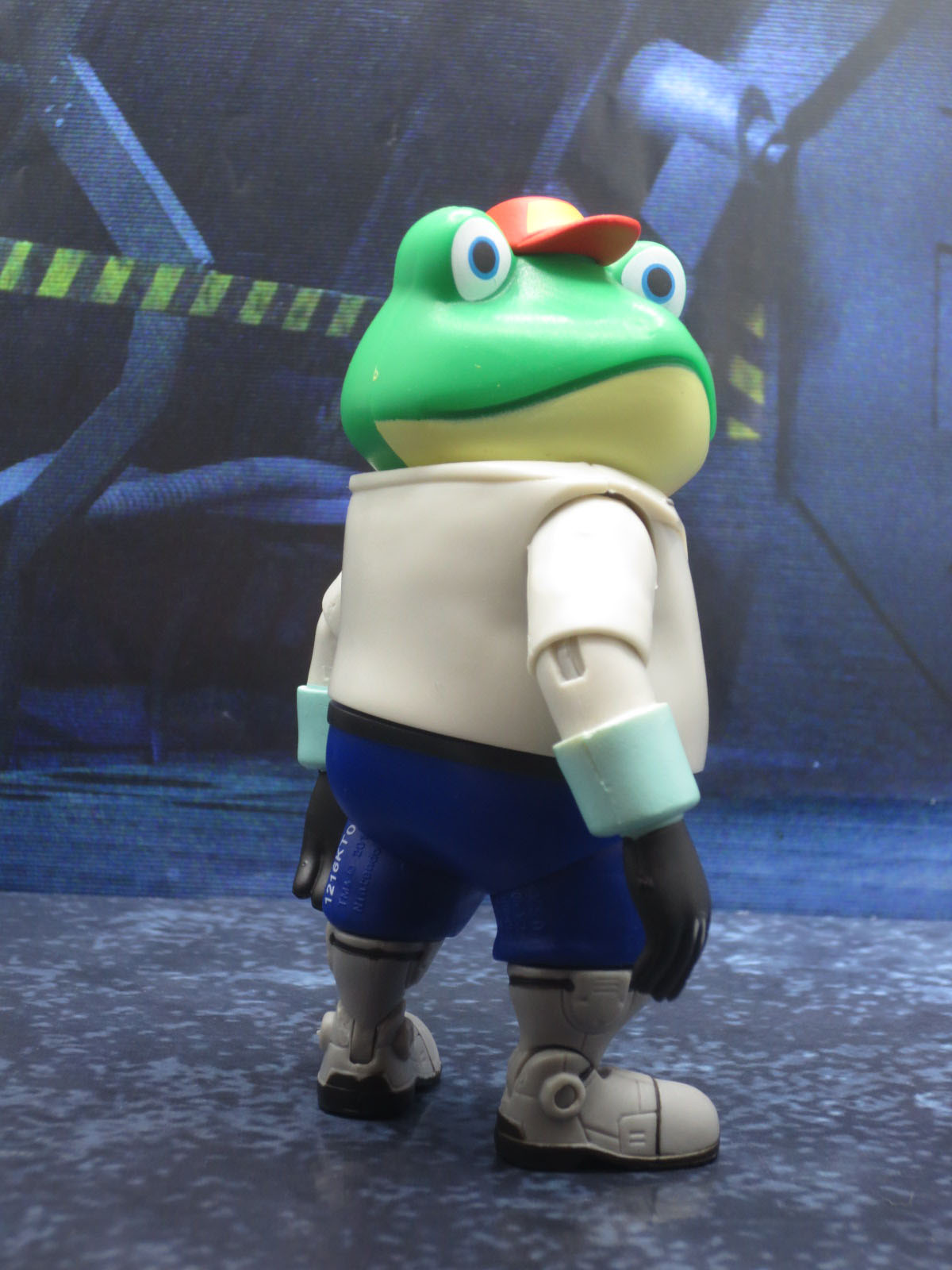 For the most part, Slippy’s articulation is on par with the other Star Fox releases, with a swivel neck and waist, hinged shoulders, half-ball elbows, ball hips and hinged ankles.  Due to his short, stocky legs, though, the toad loses out on knee joints.  One other difference between Slippy and his allies is his accessory.  While Fox and Falco both included miniature versions of their ships, Slippy comes packed with a Bomb icon as seen in the game.  It’s a cool bonus piece, and I like changing it up from the predictable mini-ship repack.

I’m not sure why Slippy has received so much flack over the years… he’s one of Nintendo’s most-criticized characters, as a quick online search will prove.  Me?  I always loved him, and I’m totally happy to see Jakks give him some attention in their Star Fox series.  With Peppy Hare on deck in the next wave of 4″ WON figures, by the end of the year we will effectively have the entire team from the Nintendo 64 game.  I’m hoping the sub-line remains popular enough to see it expand in the future.  There’s still Andross to take on, so our team has someone to fight, and I think Krystal would be an awesome addition, even if she didn’t make her debut until after Star Fox 64.

But in the meantime, our main trio has been assembled, and Jakks really knocked it out of the park with Slippy, their latest great Star Fox figure.  Look for Slippy Toad and more new World Of Nintendo figures at retail now.  I found him along with Cat Mario and Skull Kid at Wal-Mart, who just started carrying this toy line. 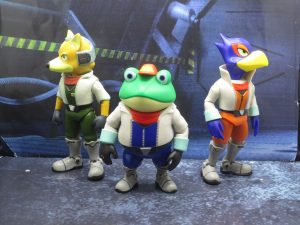 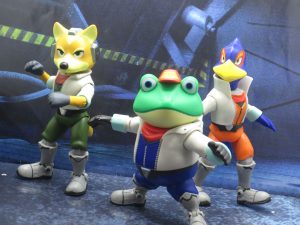 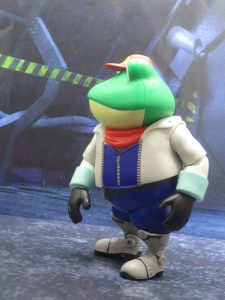 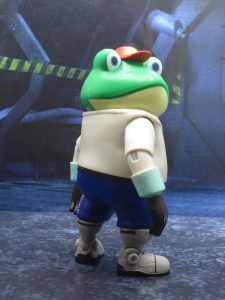 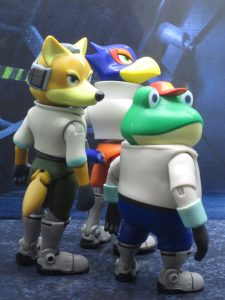 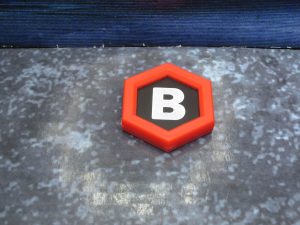 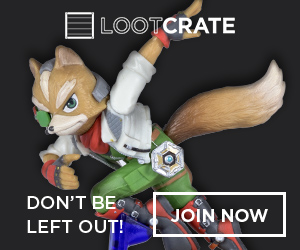