Will Star Trek 3 Actually Be Good? 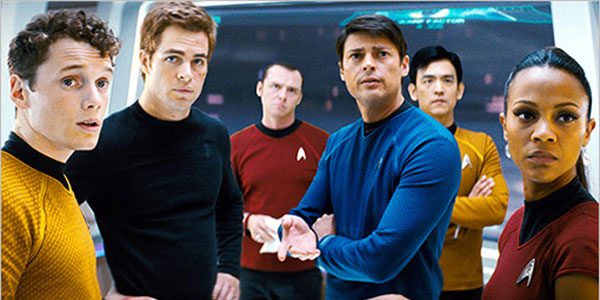 The third Star Trek movie may be getting a GREAT director.

I’m not one of those anti-JJ Abrams fanboys.  I think he’s a great idea man, who stumbles when it comes to execution, and I’m totally happy for his big win with Star Wars Episode VII.  And in my opinion, Abrams managed to make one pretty good Star Trek movie (although he had the help of a cast that radiated charisma).  Then, he also had Star Trek Into Darkness, easily one of this year’s worst movies.

Into Darkness was so bad, it pretty much soured me to the new reboot Trek universe… until I heard some totally exciting news from Deadline— Paramount’s supposed front-runner for Star Trek 3 is Attack The Block‘s Joe Cornish.

Cornish proved his skills on Attack the Block, one of the best (and most underrated) movies of 2011.  He was able to craft a well-paced, action packed, character-driven sci fi adventure, and even managed to include some sharp social commentary.  All of these are good things for the Trek universe.

Of course, as of right now, Cornish is only being considered for the director’s chair, but I’m hopeful that if he lands the gig he’ll be able to rework the script into something less “truthy”/ conspiracy theorist than Into Darkness.  I’m firmly confident that if anyone can save this new Star Trek, it’s a guy like Cornish.  Fingers crossed, Paramount feels the same and we see this happen soon.